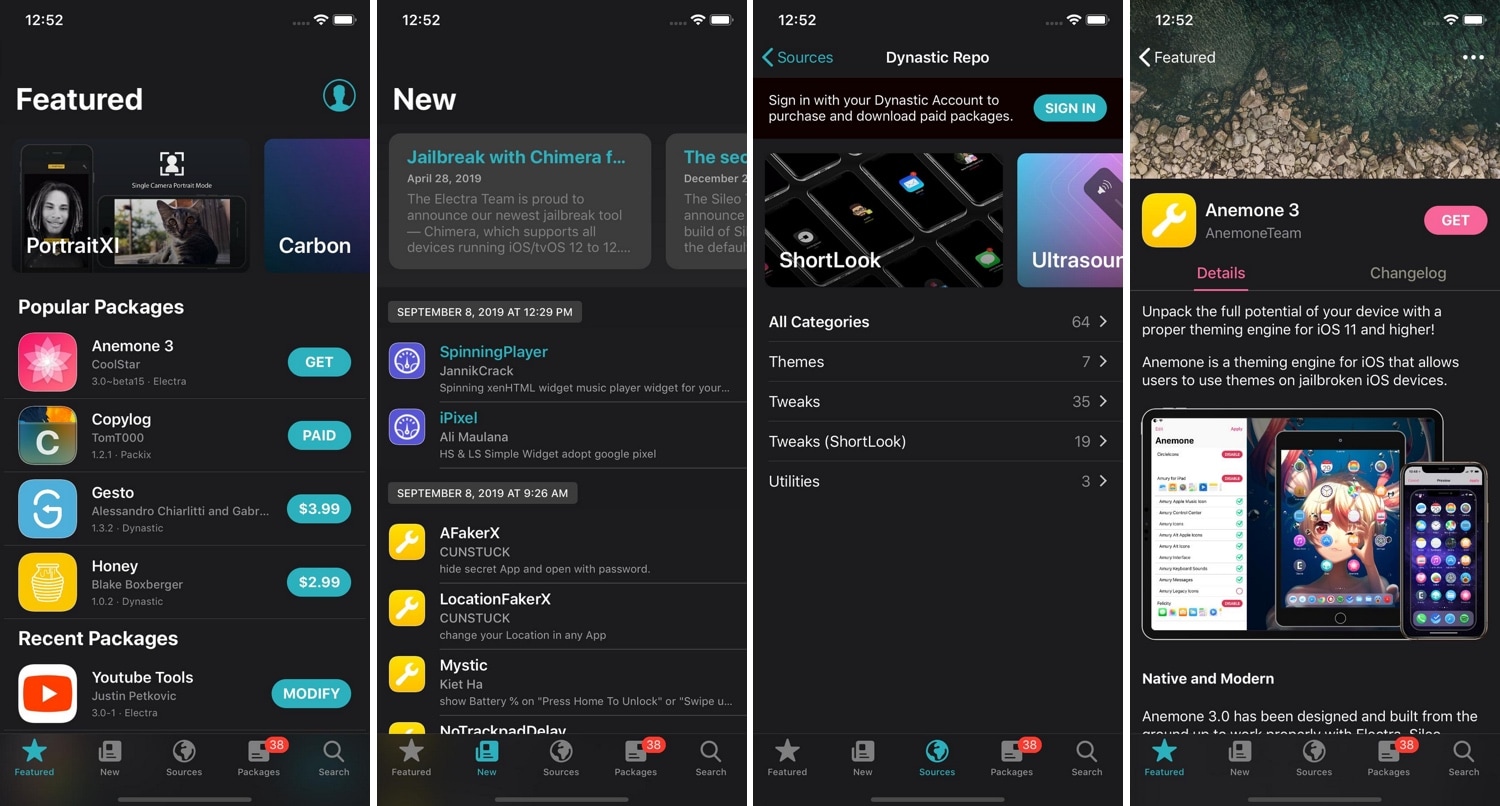 Just minutes after Pwn20wnd released the most substantial stability and reliability update ever for the unc0ver jailbreak, the Sileo Team teased what appears to be an upcoming update for the Sileo package manager with a drop-dead gorgeous dark mode user interface that appears to be heavily inspired by Apple’s upcoming iOS 13 software update.

The Sileo Team shared the images above via the official @GetSileo Twitter page just minutes ago, adding that it would be ‘coming soon:’ 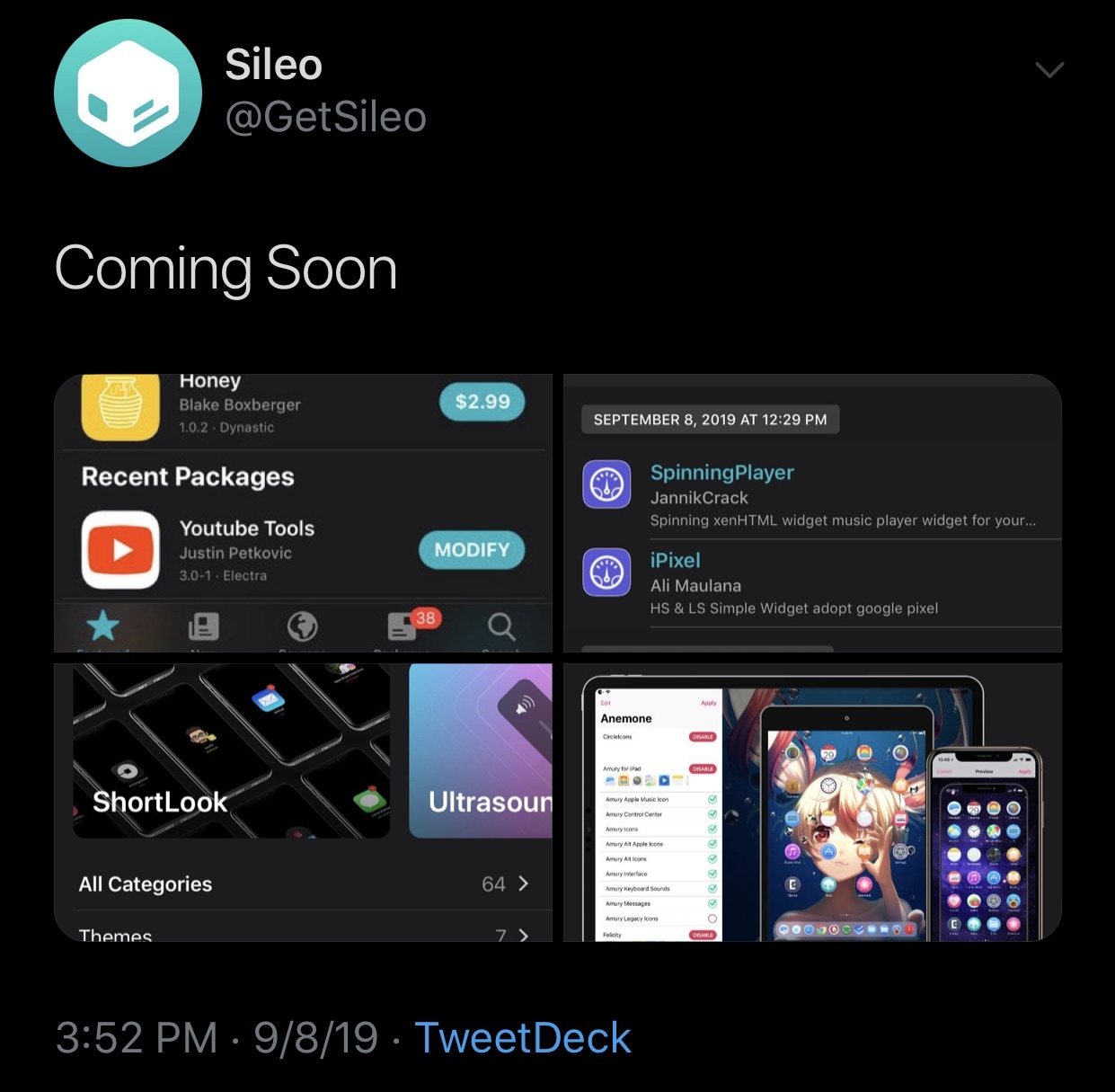 In the screenshot examples above, we see a bold new direction for the Sileo app, and it’s undoubtedly powered by the app’s brand-new Swift-oriented infrastructure. The translucent tab bar at the bottom of the app looks just like what we’d expect from iOS 13, while the rest of the app uses what appears to be a creamy dark gray background – not quite pitch black.

The Sileo Team hasn’t revealed any specifics as to when this dark mode-supported version of Sileo will be released, but the abrupt announcement coming only shortly after Pwn20wnd’s major unc0ver update couldn’t have been mere happenstance. Instead, it seemed more like an attempt to hype the Electra Team’s competing Chimera and Electra jailbreaks in the meantime.

For what it’s worth, dark mode-centric jailbreak tweaks such as Eclipse or Noctis12 can already add dark mode to many of your jailbroken handset’s apps, including Sileo or even Cydia for that matter, and they can also be configured to display pitch black backgrounds, which is the ideal battery-saving color for OLED displays. The primary difference here is that this will be a native implementation for the Sileo app specifically.

As always, we’ll continue to keep you updated as updates to the Sileo package manager arise. Stay tuned.