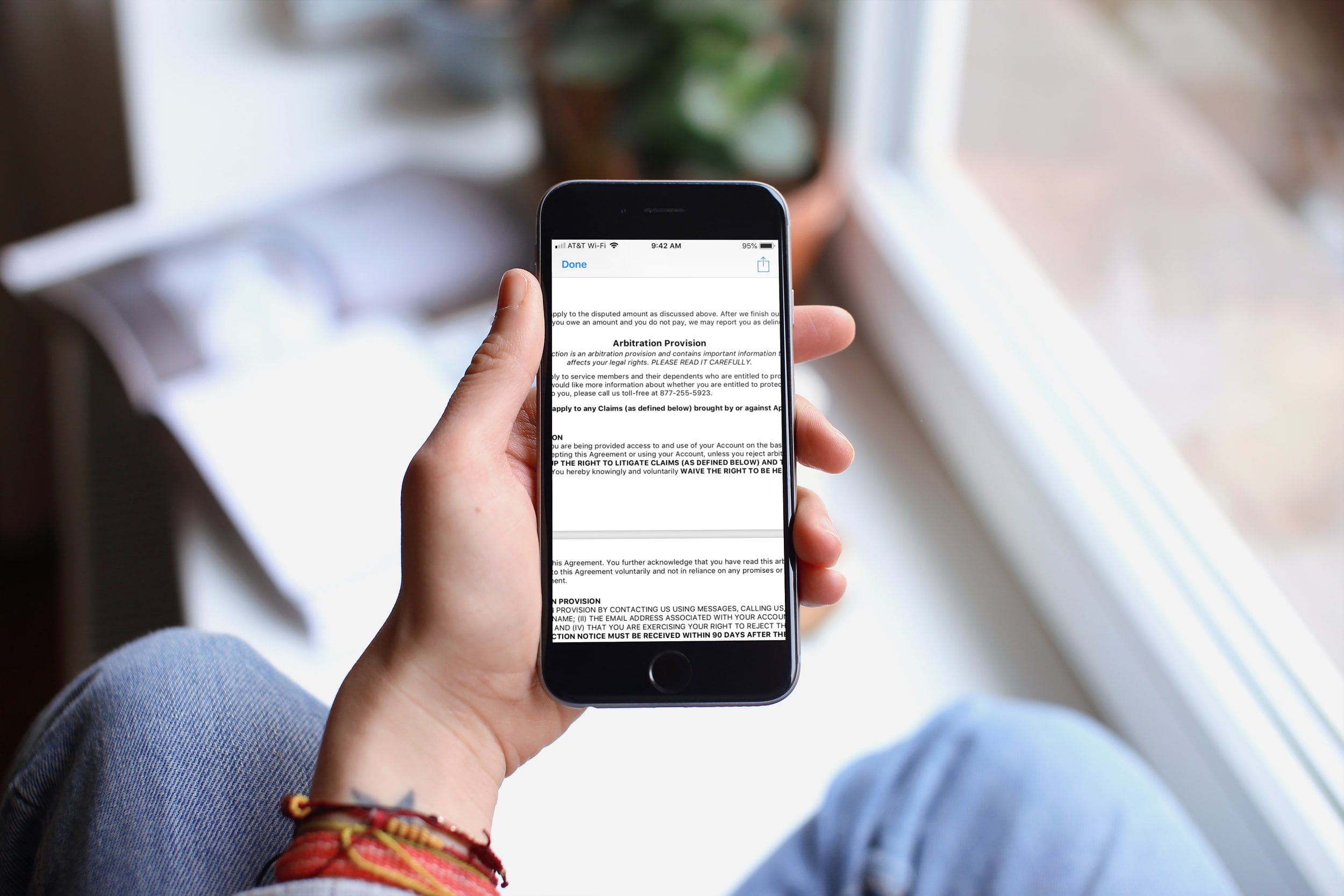 While you should always read the consumer agreements and policies that contain a lot of “small print” before you sign them, how often do you actually read them, especially in their entirety? Yes, some people do read them, others scan them, and still more just scroll down and tap Agree.

In this article, we’re talking about the Apple Card Customer Agreement, and specifically, the arbitration clause.

So now let’s take a look at what exactly the arbitration provision in the Apple Card Customer Agreement states and how you can opt out of it.

Arbitration clause in the agreement

Goldman Sachs is the backer of the Apple Card and offers up a PDF that you can read online if you don’t yet have your Apple Card. If you do have your card, you can also check out this agreement on your device. 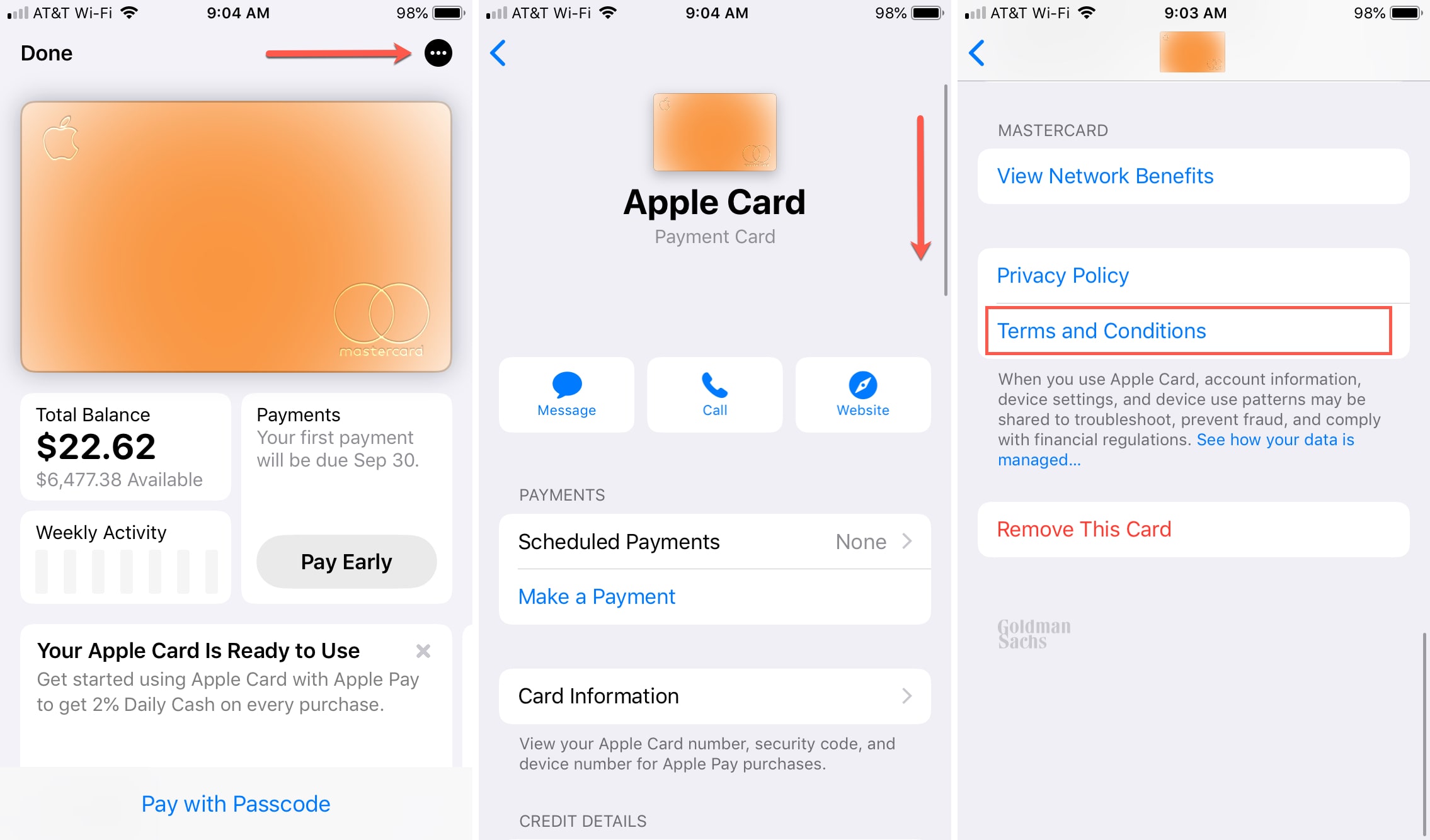 Then, zip on down to page 14 of the document and you’ll see Arbitration Provision.

Here are some of the key points of the clause, starting with the Acknowledgement of Arbitration:

By accepting this Agreement or using your Account, unless you reject arbitration as provided below, you acknowledge that YOU ARE GIVING UP THE RIGHT TO LITIGATE CLAIMS (AS DEFINED BELOW) AND THE RIGHT TO INITIATE OR PARTICIPATE IN A CLASS ACTION. You hereby knowingly and voluntarily WAIVE THE RIGHT TO BE HEARD IN COURT OR HAVE A JURY TRIAL on all Claims subject to this Agreement.

Next, comes the How to Reject this Arbitration Provision:

YOU MAY REJECT THIS ARBITRATION PROVISION BY CONTACTING US USING MESSAGES, CALLING US, OR WRITING TO US, AND STATING THE FOLLOWING: (I) YOUR NAME; (II) THE EMAIL ADDRESS ASSOCIATED WITH YOUR ACCOUNT; (III) THE ADDRESS ASSOCIATED WITH YOUR ACCOUNT; AND (IV) THAT YOU ARE EXERCISING YOUR RIGHT TO REJECT THIS ARBITRATION PROVISION (A “REJECTION NOTICE”). YOUR REJECTION NOTICE MUST BE RECEIVED WITHIN 90 DAYS AFTER THE OPENING OF YOUR ACCOUNT.

There is obviously a lot more included in the arbitration clause that I encourage you to check out on the last few pages of the agreement.

Reasons to reject the arbitration provision

Some of you might be asking why you should opt out of the arbitration clause. Here are just a couple of things to consider.

1) If you agree to arbitration then you agree to have any disputes settled by that third-party arbitrator we mentioned earlier, rather than by a court of law.

Now, consider this statement of the agreement in the Arbitration section.

You or we may elect, without the other’s consent, to resolve any Claim by individual binding arbitration unless the Claim has been filed in court and trial has begun or final judgment has been entered.

The Apple Card Customer Agreement is a forced arbitration. And while the National Association of Consumer Advocates site explains voluntary arbitration is fine, forced is another story:

So just keep in mind that by accepting the arbitration clause and not opting out that you give up your right to sue, participate in a class action lawsuit, or appeal the decision.

Opting out of the arbitration clause

Contacting the company to reject the arbitration provision can be done a few different ways. Page 2 of the Apple Card Customer Agreement has the contact information as follows:

One of the quickest of the three, as you have probably guessed, is using Messages. You can do this in either the Wallet app or your Settings. 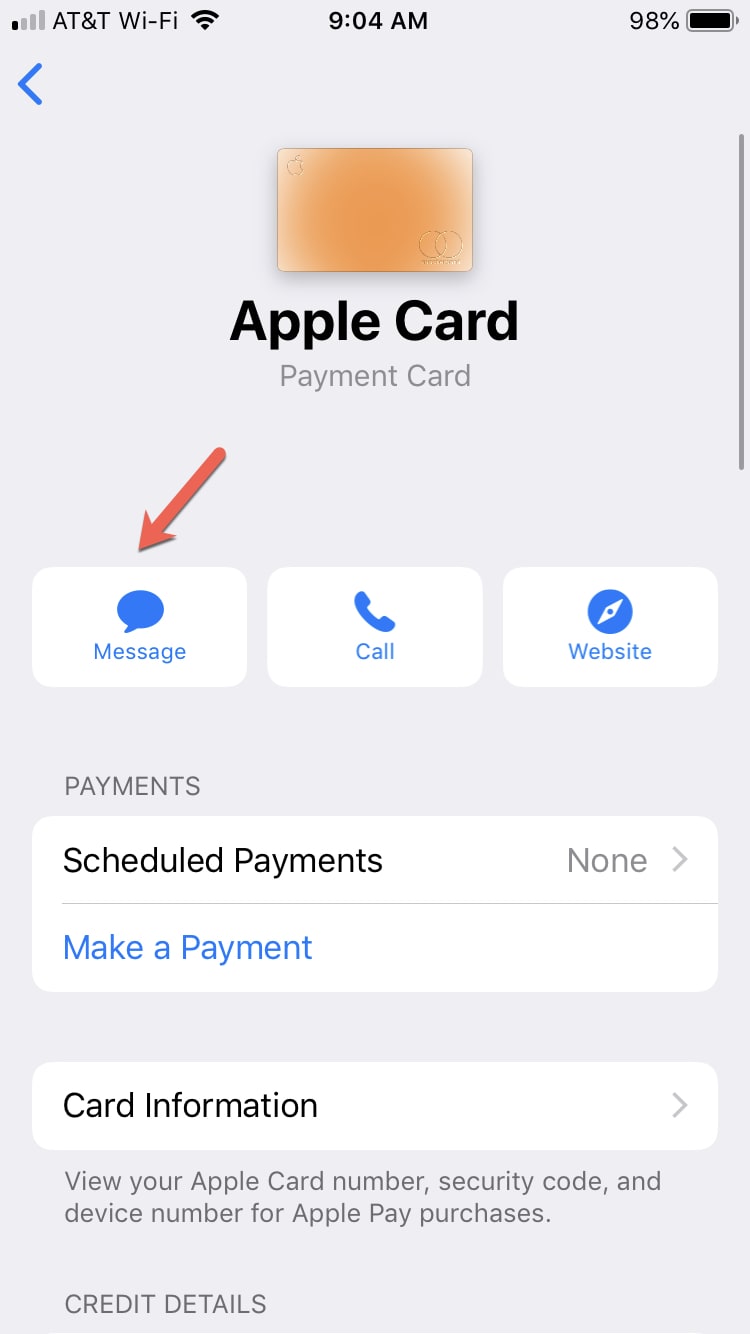 Then just type in a nice message about opting out of the arbitration provision as shown below: 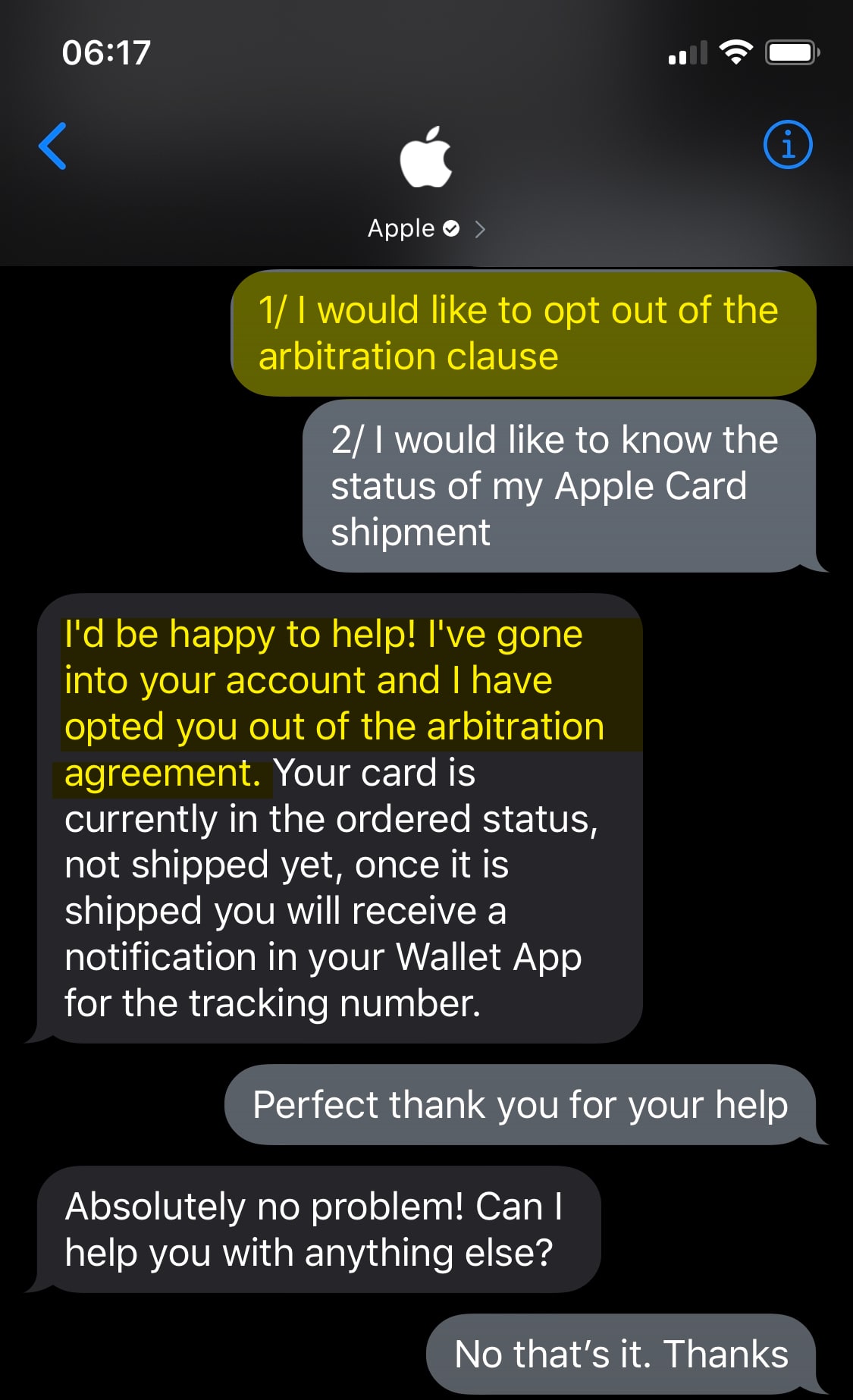 Note: You may also want to take a screenshot of the conversation with the representative and save the photo so that you have confirmation of their acknowledgement.

Hopefully you’ll find this information about the arbitration clause in the Apple Card Customer Agreement helpful in your decision and now you know how to opt out of it if you choose to do so.

And remember, the clock is ticking; you only have 90 days after opening your account to send the rejection notice if that’s what you decide.

Over to you; are you going to reject the arbitration provision for Apple Card? What are your thoughts?