If you’re enjoying an iOS 11 or iOS 12 jailbreak by way of the Electra Team’s Chimera or Electra tools, then you might be excited to learn that the Sileo Team released an updated version of the Sileo package manager Sunday morning, bringing the public release up to version 1.2.9.

The Sileo Team announced the update early this morning via Twitter, noting that it would make the user interface significantly faster when doing critical tasks such as refreshing sources or downloading packages: 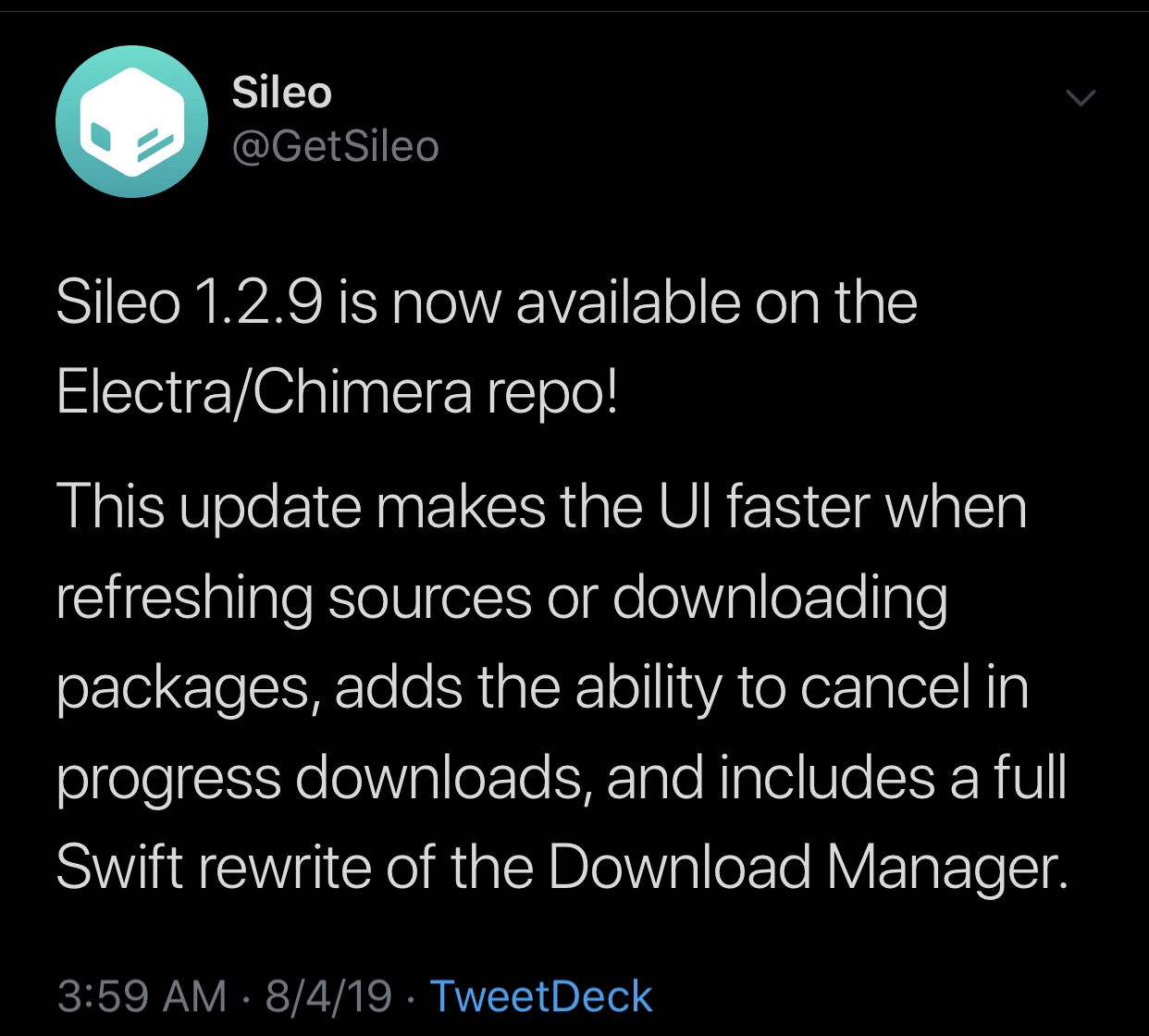 In addition to the speed improvements, it seems that users can now cancel in-progress downloads, which would be useful in instances where you download something by mistake. Moreover, the downloads manager has been completely rewritten in the Swift programming language, which seems promising in the performance and speed improvements sector.

It’s worth noting that the Sileo Team launched a beta for this release for public testing earlier in the week, but it wasn’t clear what was new at the time. If you are installing this official v1.2.9 release, then you can and should safely remove the beta as it is no longer necessary.

As always, you’ll find this update in the default repository on either the Chimera or Electra jailbreak after refreshing your sources. If you’re using an earlier version of Sileo, then we’d recommend downloading the update such that you can take advantage of all the latest bug fixes and improvements.

Have you downloaded Sileo v1.2.9 yet? Let us know how things went for you in the comments section below.