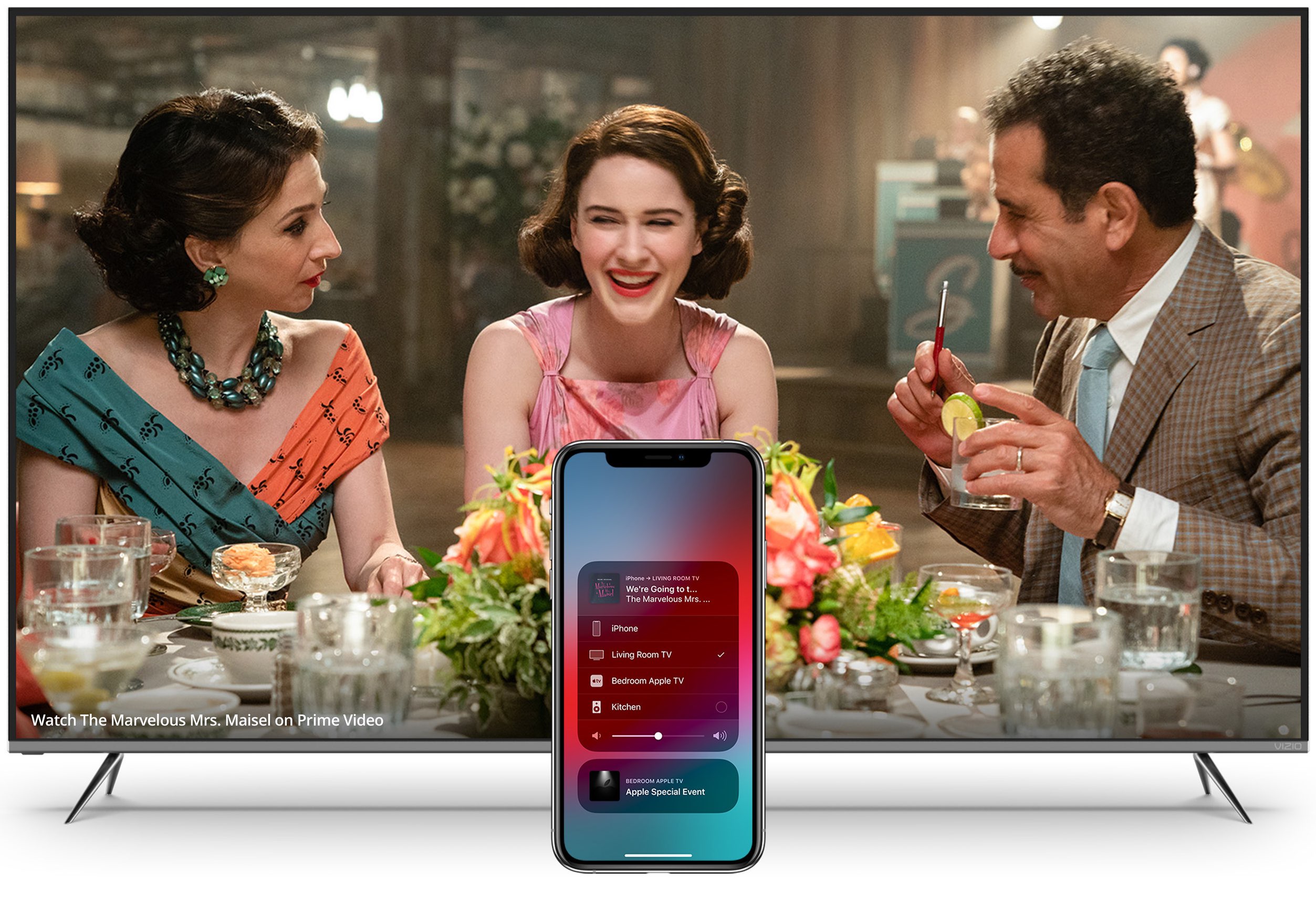 Not to be outdone by Korea’s LG, which yesterday rolled out AirPlay 2 and HomeKit support for select 2019 OLED and NanoCell 4K TVs, US consumer electronics maker Vizio today released a software update bringing those functions to its own SmartCast TV sets.

The new SmartCast 3.0 update packs in support for Apple’s Airplay 2 and HomeKit technologies and provides backwards compatibility for Vizio’s TV sets dating back to 2016. The new firmware is rolling out via an over-the-air update. It’s a staggered release meaning these new enhancements will continue rolling out over the coming months to new and existing SmartCast TVs until all compatible television sets are updated.

With it, you can stream media from your iOS device to your Vizio TV without needing an Apple TV which acts as an AirPlay receiver. For example, AirPlay 2 lets you stream 4K and Dolby Vision HDR movies and TV shows from Apple’s TV app and other AirPlay-compatible video apps, as well as music, photos and more, directly from an iPhone, iPad and Mac to a SmartCast TV. AirPlay’s screen-mirroring function is supported as well so you can mirror web pages, presentations and other onscreen content to a Vizio TV..

Last but not least, you also get limited Siri functionality in terms of requesting shows to watch and controlling multi-room playback with AirPlay 2. And with HomeKit support, you can control your SmartCast TV by asking Siri or by using the Home app on your iPhone, iPad or May.

The Vizio software does not include Apple’s TV app.

Samsung is the first and currently the only TV maker to also get the TV app from Apple, giving customers easy and quick access to not only iTunes movie/TV show rentals and purchases but also subscription channels, including HBO NOW, as well as the upcoming original shows launching this fall via the new Apple TV+ video-streaming service.

On the other hand, Samsung has opted not to implement HomeKit support for the time being.