After a lengthy beta test period, Apple finally released iOS 12.4 to the public on Monday for iPhones, iPads, and iPod touches alike.

While it can sometimes be tempting to updates to the latest version of iOS to take advantage of the latest new features, performance improvements, and security patches, jailbreakers and aspiring jailbreakers to be will want to steer far away from installing today’s software update.

Perhaps unsurprisingly, iOS 12.4 incorporates a bevy of security patches that make jailbreaking this version of iOS significantly more challenging. Moreover, iOS 12.4 fixes all publicized jailbreak-centric exploits to date, which means neither Chimera nor unc0ver can jailbreak it.

As always, we recommend that the jailbreak community follows the great advice once given by unc0ver lead developer Pwn20wnd: Stay on the lowest version possible.

This holds true whether you’re already jailbroken or if you aspire to jailbreak anytime soon; this is because it’s more likely that we’ll see a wild exploit for iOS 12.3 than for the new iOS 12.4 update. 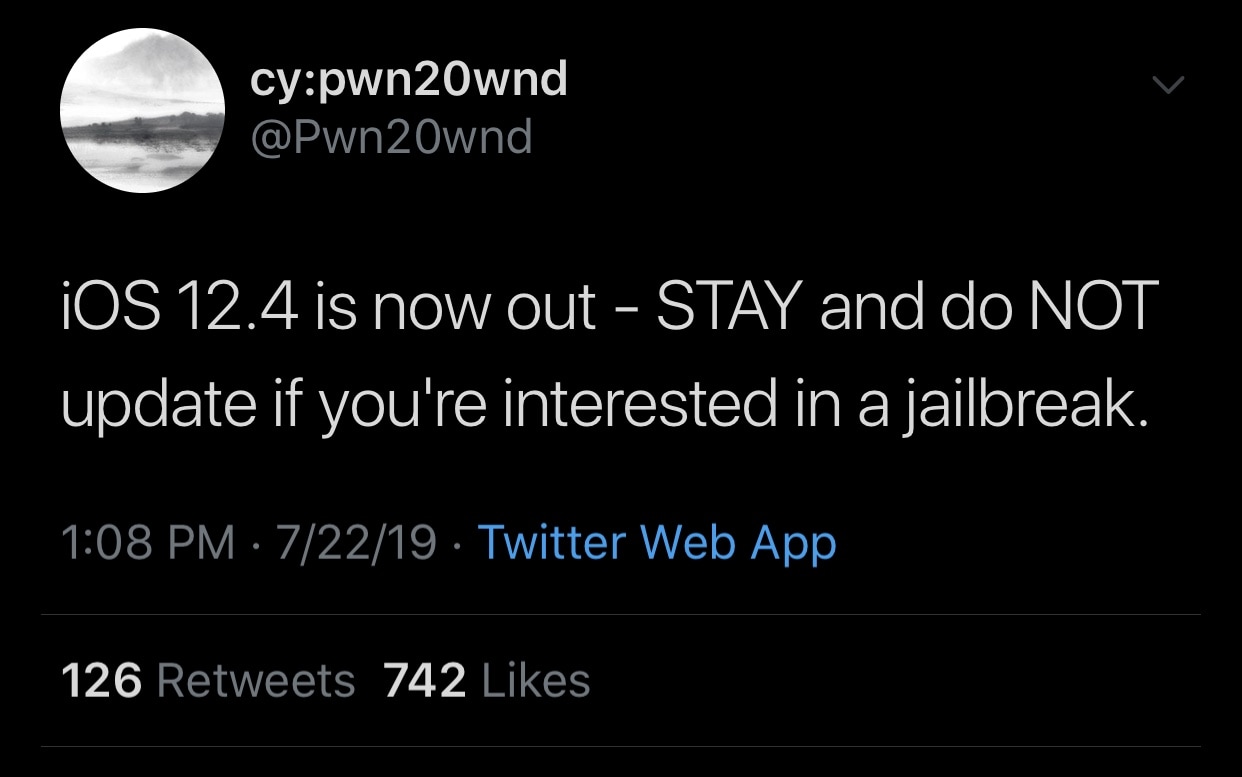 What firmware are you currently using and why? Let us know in the comments section below.