If you’ve been paying attention to the slew of jailbreak tool updates in the last couple of weeks, then Jake James’ Sock Port exploit has undoubtedly caught your attention. Pwn20wnd’s unc0ver jailbreak tool for iOS 11.0-12.2 was the first to implement it, but it could only jailbreak A9-A11 devices running iOS 11.0-12.1.4 at the time.

Just this morning, James shared an exciting announcement on Twitter regarding the Sock Port exploit, and as it would appear, oodles of modifications and refinements throughout the past week have made it compatible with all devices running iOS 11.0-12.2, including the A12(X) variety: 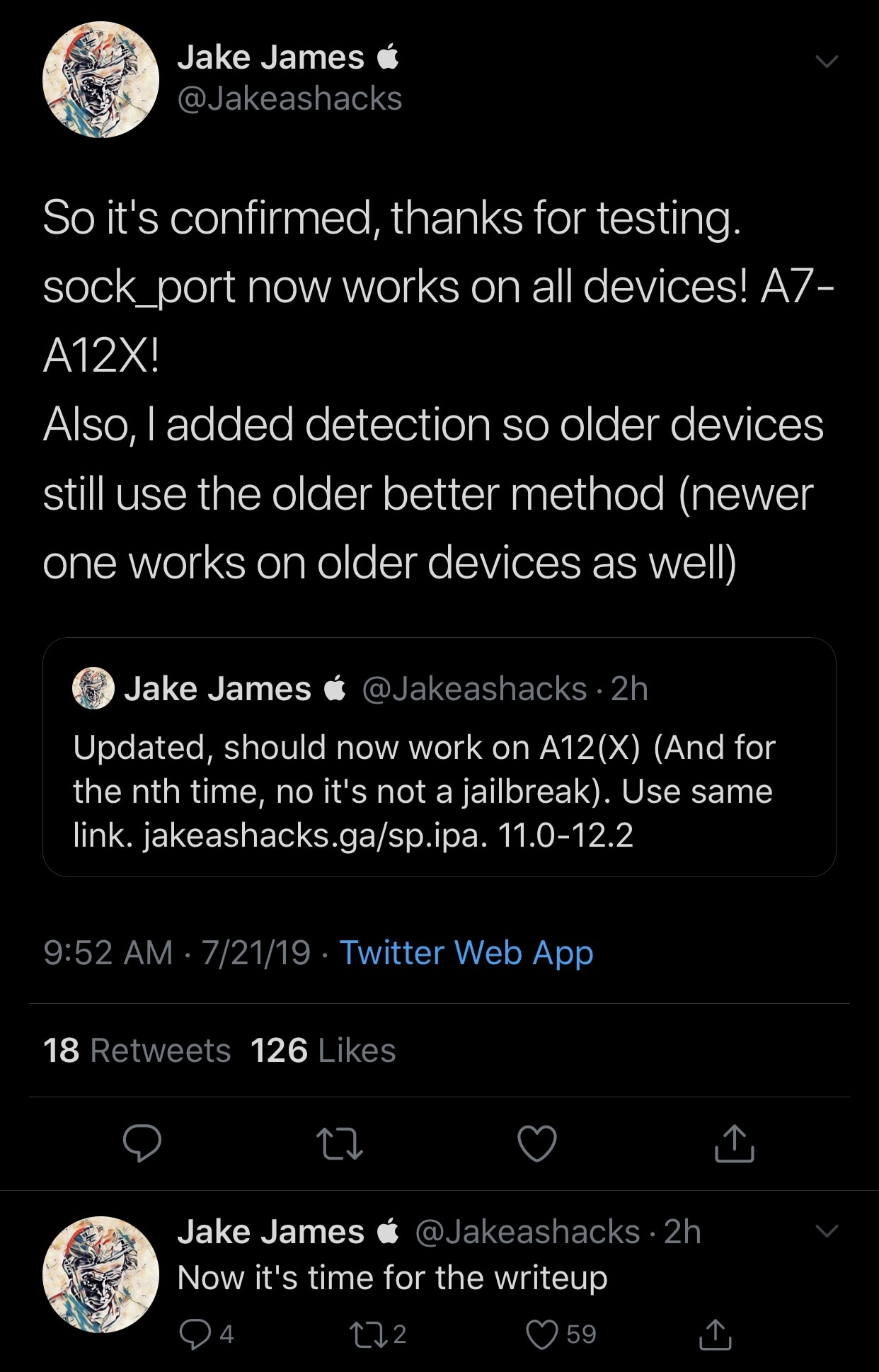 As it would seem, James is now preparing a writeup that will describe the exploit and how it can be used, and as you might come to expect, jailbreak creators such as Pwn20wnd and CoolStar will likely be taking notes as to how it can be implemented in modern-day jailbreaks.

This is big news because it means that tools such as Chimera, Electra, and unc0ver could potentially take advantage of a single exploit to jailbreak most devices running iOS 11.0-12.2. Moreover, James’ Sock Port exploit can achieve a jailbreak a handset somewhat quickly, depending on the device.

None of the aforementioned jailbreak tools have officially picked up support for the updated Sock Port exploit at the time of this writing, but we’ll certainly update you if and when this changes. Notably, some devices such as the A12(X) variety, would require more than just an exploit to achieve a full iOS 12.2 jailbreak.

Are you excited to see these refinements being made to new and existing exploits? Discuss in the comments section below.