Pwn20wnd on Thursday released another update for the unc0ver jailbreak tool, bringing it up to version 3.3.3 and making it better for everyday use.

The hacker announced the update this afternoon via Twitter, and from what we can gather, this update mostly seems to contain bug fixes rather than new features of any sort: 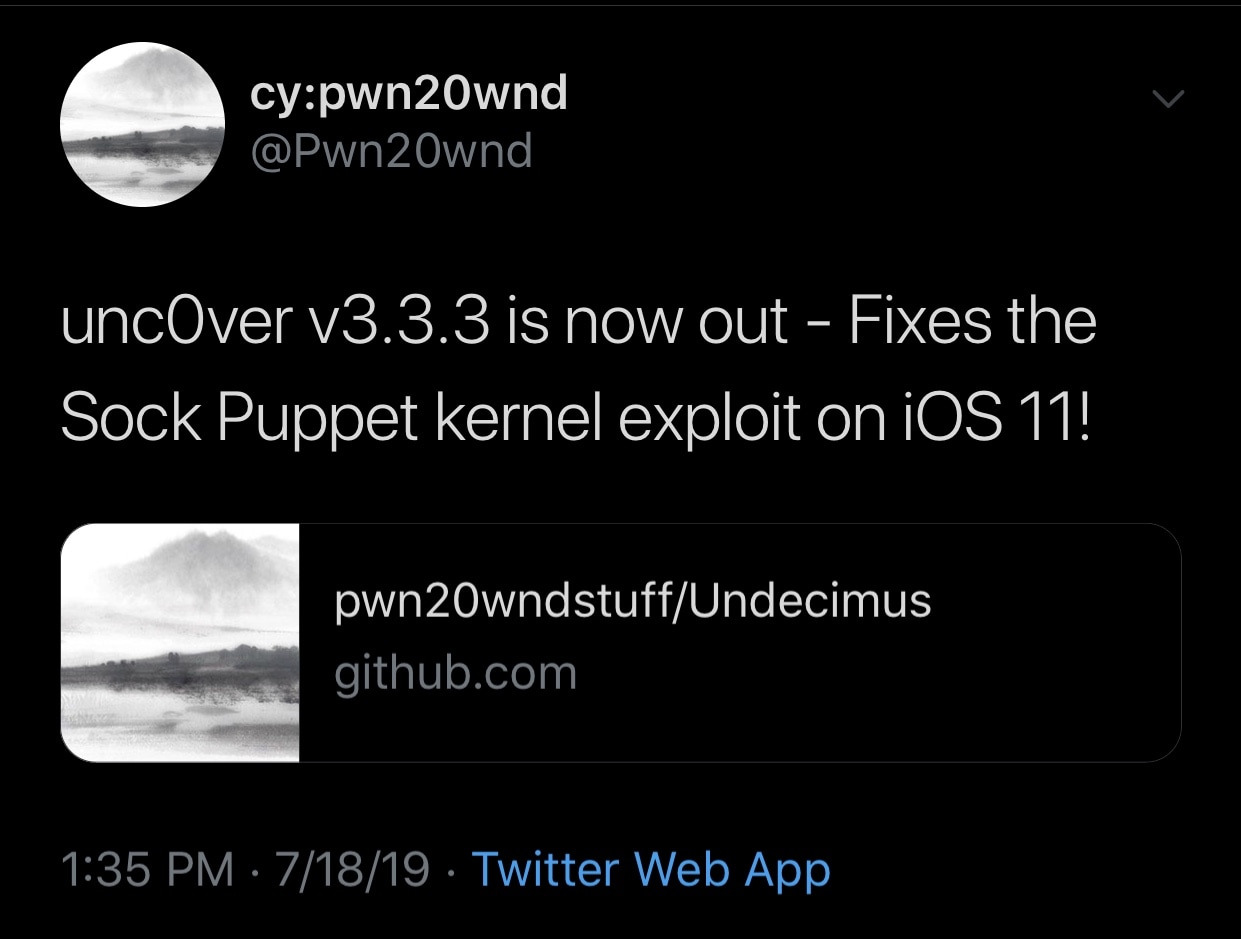 If you were experiencing any issues while attempting to jailbreak iOS 11, especially with the iPad Air 2 or iPad mini 4, then this update is for you. Of course, we’d recommend this update to just about anyone who’s jailbroken with uncv0er since v3.3.3 is an official public release and it contains the latest bug fixes and improvements.

Unc0ver v3.3.3 can be downloaded from Pwn20wnd’s official GitHub page. If you’ve never jailbroken with unc0ver before, and you’d like to learn how, then you should read our in-depth tutorial regarding the proper process.

Has unc0ver v3.3.3 resolved any of your jailbreaking woes? Let us know in the comments section below.