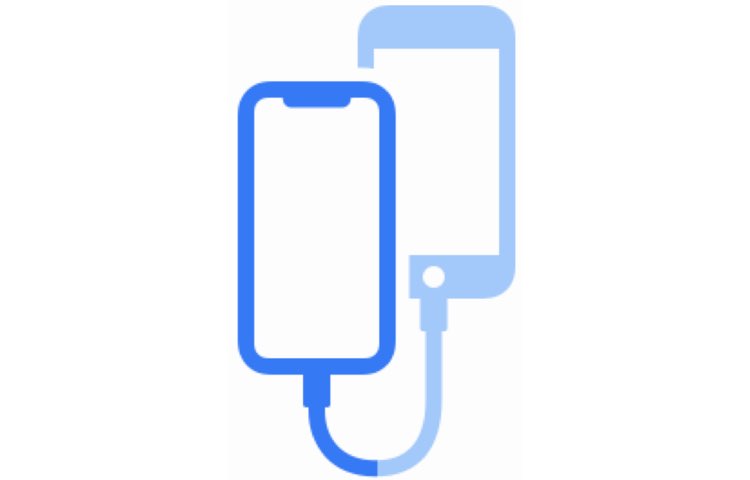 Apple appears to be working on a wired data transfer method between devices.

9to5Mac has discovered some eyebrow-raising assets within the Setup app in the third beta of iOS 13 and iPadOS that released yesterday for testing. The Setup app runs automatically when you set up your iPhone or iPad after a reset or full iOS reinstall. At any rate, these assets could suggest that Apple is working on a new way to transfer data between devices.

One of the graphics assets is a glyph that depicts two iPhones connected to each other using some sort of a cable. Apple does not currently offer a Lightning-to-Lightning cable so it’s not very clear how the supposed feature would work or if it’s being worked on at all.

We tried to make the new transfer options appear on a device running iOS 13 developer beta 3 by resetting the device and doing the setup process manually, but no new options showed up. It’s possible that the new data transfer methods are not ready yet or are being worked on for unreleased devices.

If this method appears as a new option during the iOS setup procedure, it shuld join the existing methods of restoring your device from an iTunes or iCloud backup. The Setup app also supports a wireless transfer method that lets you transfer data and settings from a nearby iPhone or iPad that’s logged in the same Apple ID account as your new device.

Would you make use of the wired transfer method, provided it existed?