Some folks have been jailbreaking their iPhones and iPads for many years, but not so much their Apple Watches; however, that could all change in the not-so-distant future.

In April, we shared with you the news of what appeared to be preliminary progress on an Apple Watch-centric jailbreak, namely one that would support watchOS versions 4.0-5.1.2 on all current iterations of the Apple Watch including Series 0, 1, 2, 3, and 4. Sadly, progress updates on this particular project have been somewhat sparse since its announcement.

Despite what seemed like an extended period of silence from project lead @ethanpepro, it now appears as though the various puzzle pieces could be coming together. Tweets shared earlier in the month point to a dedicated website entitled “brenbreak” with the promise to “Liberate your Apple Watch.” But perhaps more interestingly, it teases a Q4 2019 release:

In the Tweets, ethanpepro notes that he hasn’t given up on his brenbreak Apple Watch jailbreak and that life has delayed his work on the project. Nevertheless, he intends to deliver the goods at some point with regular updates being posted on the website shared above. 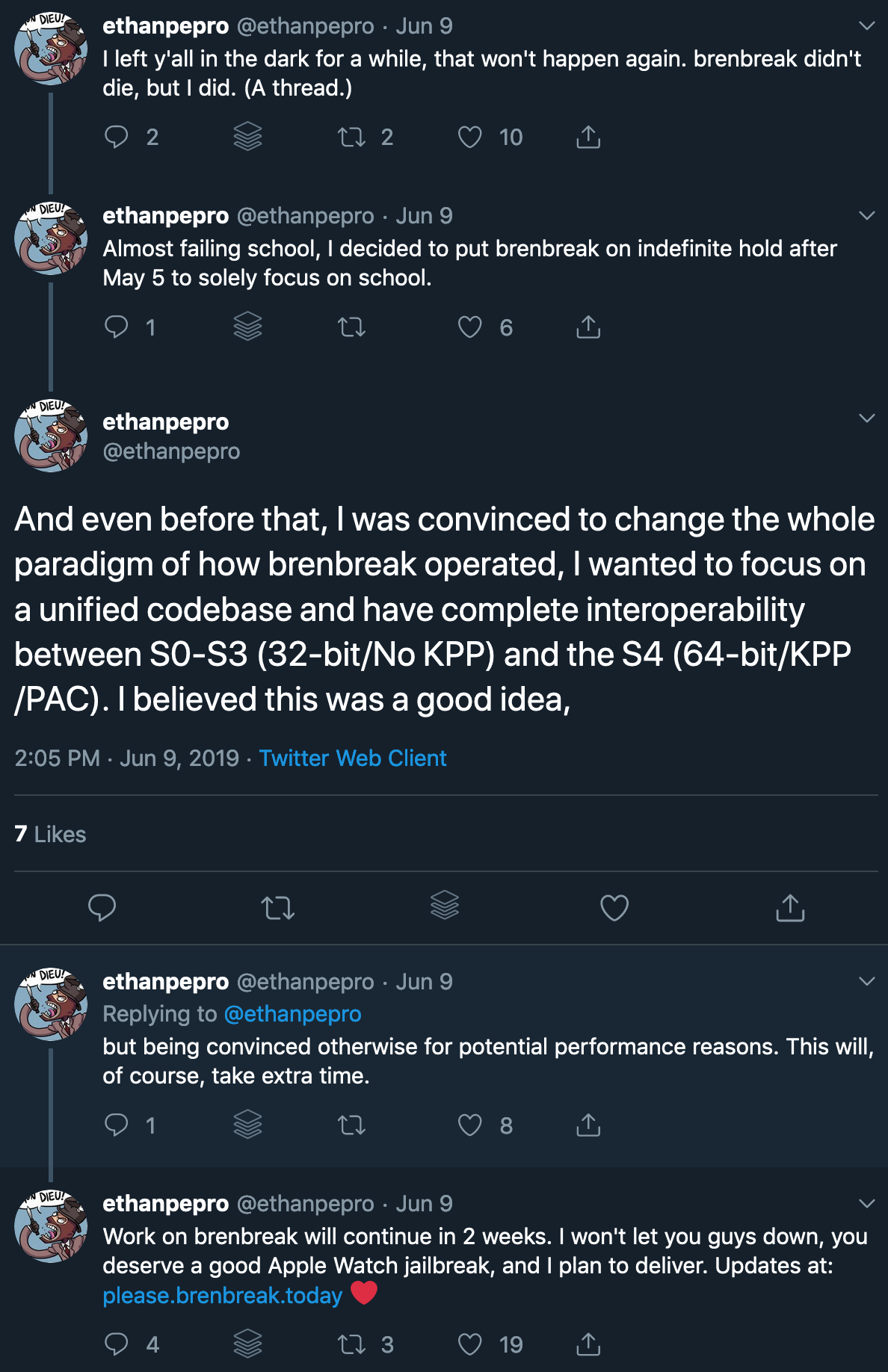 From what we can gather, ethanpepro won’t be making an Apple Watch jailbreak with a unified codebase for interoperability between all series of Apple Watch, but will instead individualize support for performance reasons. Perhaps unsurprisingly, this will prolong the official release.

Assuming the jailbreak is released in the estimated timeframe, it still remains to be seen what users would be able to do with a pwned smartwatch. Custom watch faces are one of the first things that come to mind, but we expect that developers would get particularly creative in this department.

Notably, there’s no known way of downgrading your Apple Watch firmware, so anyone that might’ve updated to watchOS 5.1.3 or later won’t be able to take advantage of brenbreak if and when it gets released.

Are you stoked about the possibility of an Apple Watch jailbreak? Share your thoughts about it in the comments section below.