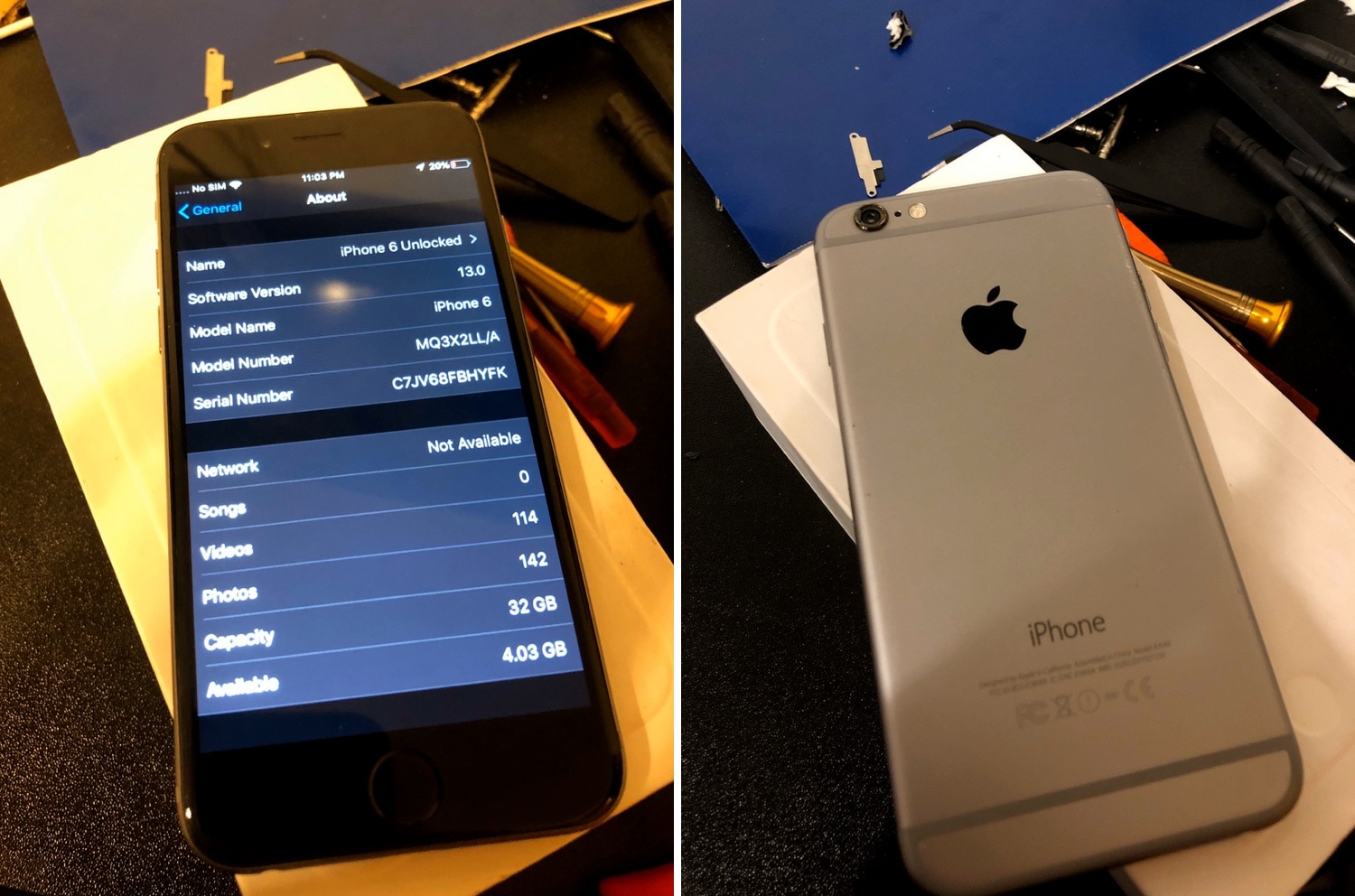 Unless you’ve been living under a rock, you’ve likely heard about Apple’s upcoming iOS 13 for iPhone and iPod touch (iPad gets its own new operating system dubbed iPadOS), which implements native dark mode and a plethora of other jaw-dropping features that users have been requesting from Apple for quite some time. On the other hand, the oldest handsets it supports out of the box are the iPhone SE, 6s, and 6s Plus.

In a seemingly unbelievable turn of events, however, an Apple device tinkerer with the Twitter handle @NighttigerFTW has purportedly managed to get the first iOS 13 beta running on an iPhone 6 with minimal tweaking. The full details below:

NighttigerFTW doesn’t divulge the process he uses to make this work in his Tweet, but he does note that Apple’s iOS 13 beta 1 firmware sports a “major flaw in its directory” that permits this to be done. Keeping the process a secret would ensure that Apple couldn’t quickly fix the flaw, but it also raises suspicion – a double-edged sword to say the least.

Here’s a closer look at the photographs shared in the Tweet as proof of the concept: 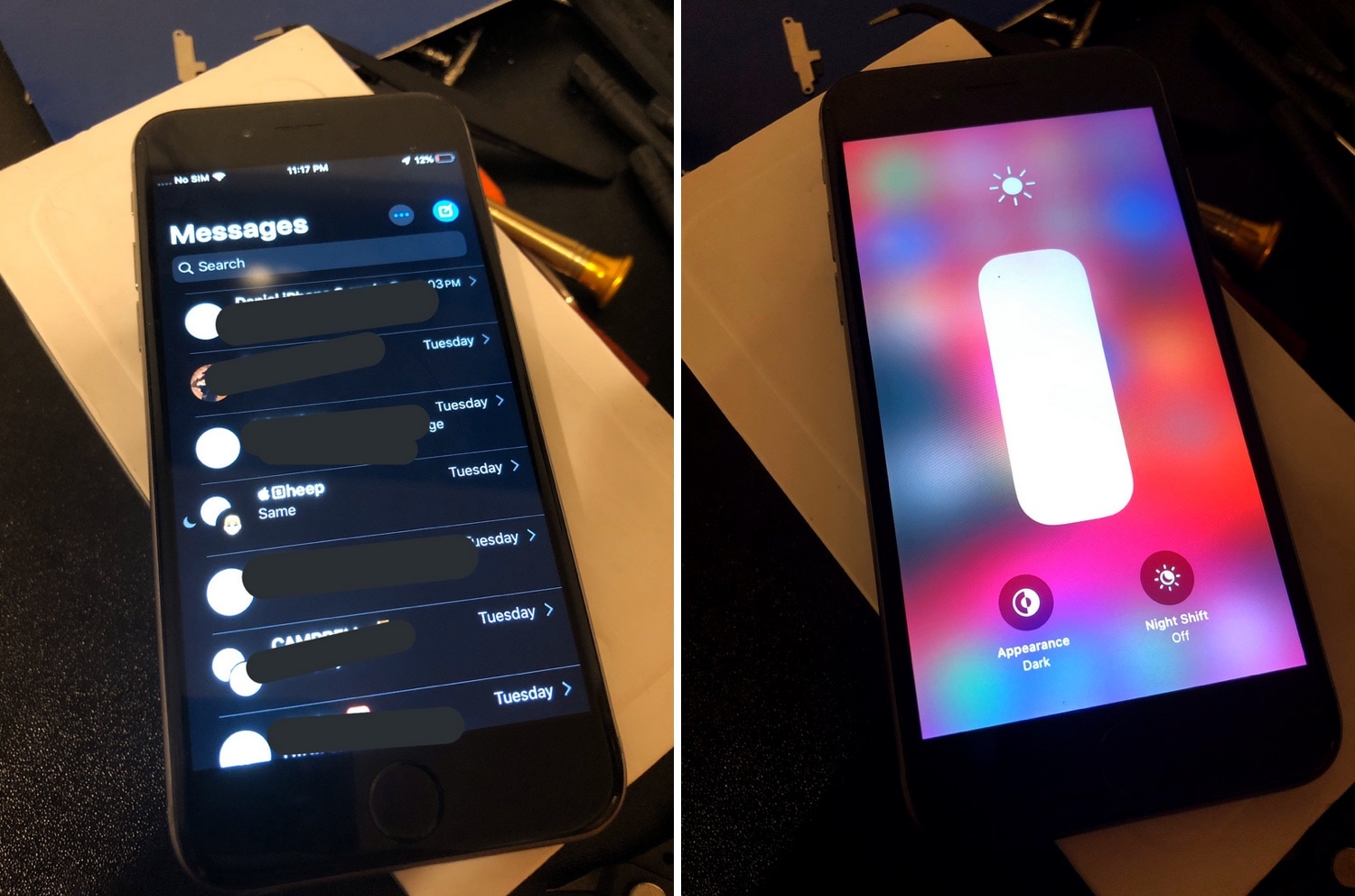 In a follow-up Tweet, NighttigerFTW explains that he wouldn’t release his iOS 13-centric hack until Apple officially releases iOS 13 to the public or Apple patches the flaw in an upcoming developer beta, whichever comes first.

Based on the findings, you wouldn’t be alone to wonder whether iOS 13 would run on the iPhone 5s, and as it turns out, NighttigerFTW claims to have already tried that; it was a no-go: 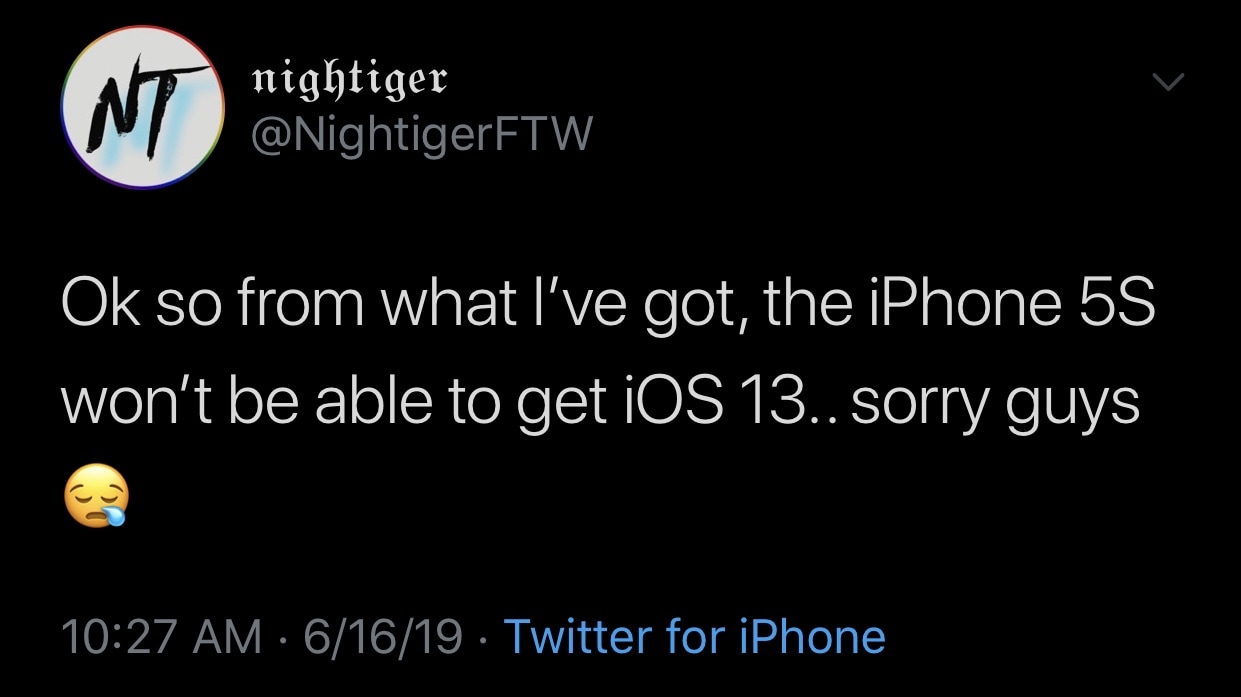 Perhaps unsurprisingly, NighttigerFTW’s Tweet sparked doubtfulness among vocal members in the jailbreak community, including unc0ver lead developer Pwn20wnd and RootlessJB 3.0 developer Jake James. Pwn20wnd said that while he doesn’t wish to call NighttigerFTW a fraud, he would still advise caution to those interested as the tinkerer has virtually no “past credibility:” 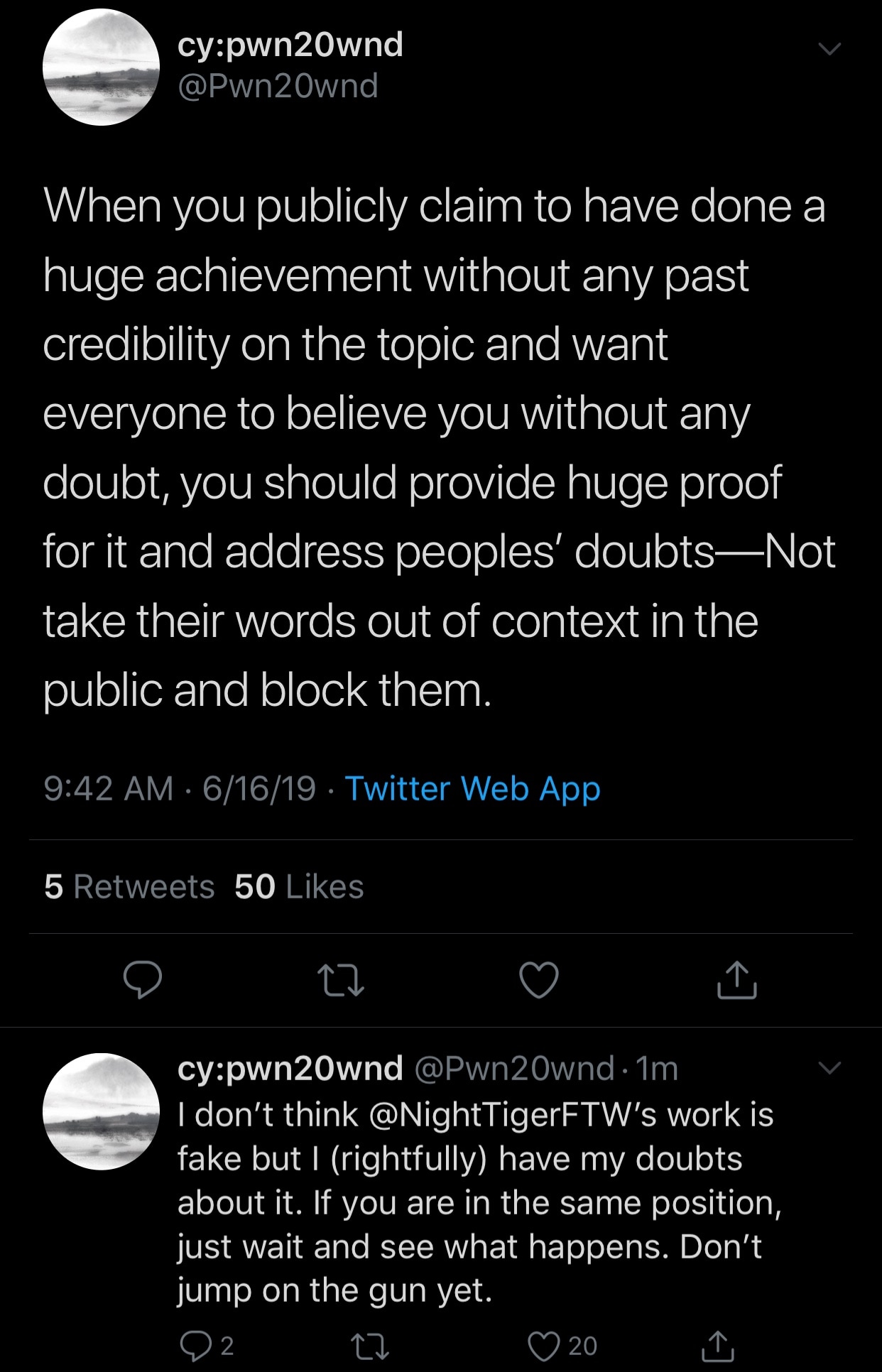 He shared the same words of wisdom on /r/jailbreak in response to a thread about this particular topic:

It’s harsh, but it’s also good advice. Assuming NighttigerFTW’s achievement is legitimate, then he will have something incredible to show for when the time comes. On the other hand, we wouldn’t want anyone to get their hopes up just in case nothing materializes.

Update: It seems that the hardcore speculation from Pwn20wnd and other prominent jailbreak community members was just, and that the feat was indeed fabricated. @NighttigerFTW has changed his Twitter account to private, and he shared the following Tweets beforehand: 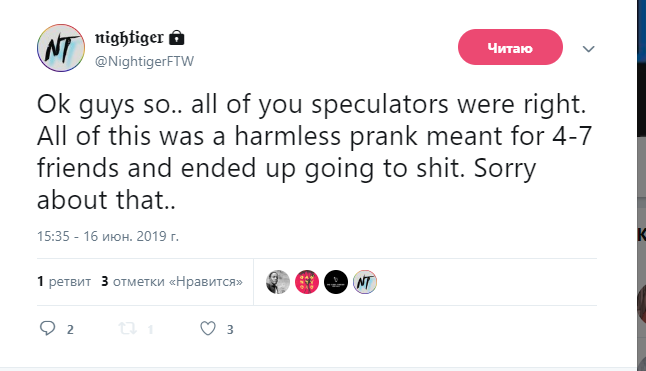 It would have been cool if this had been true, but unfortunately, most things that sound too good to be true usually are…

What are your thoughts surrounding NighttigerFTW’s situation? Discuss in the comments section below.