In an unexpected turn of events this weekend, @0ptimo added official SHA256 support to the BigBoss repository, a move that looks to appease the Sileo Team as an increasing number of people use the Electra Team’s Chimera jailbreak to take advantage of the full-fledged A12(X) support in the here and now.

Sileo Team lead developer CoolStar acknowledged the change just this evening via Twitter, noting that an upcoming update for the Sileo package manager will implement native support for the newly-upgraded BigBoss repository: 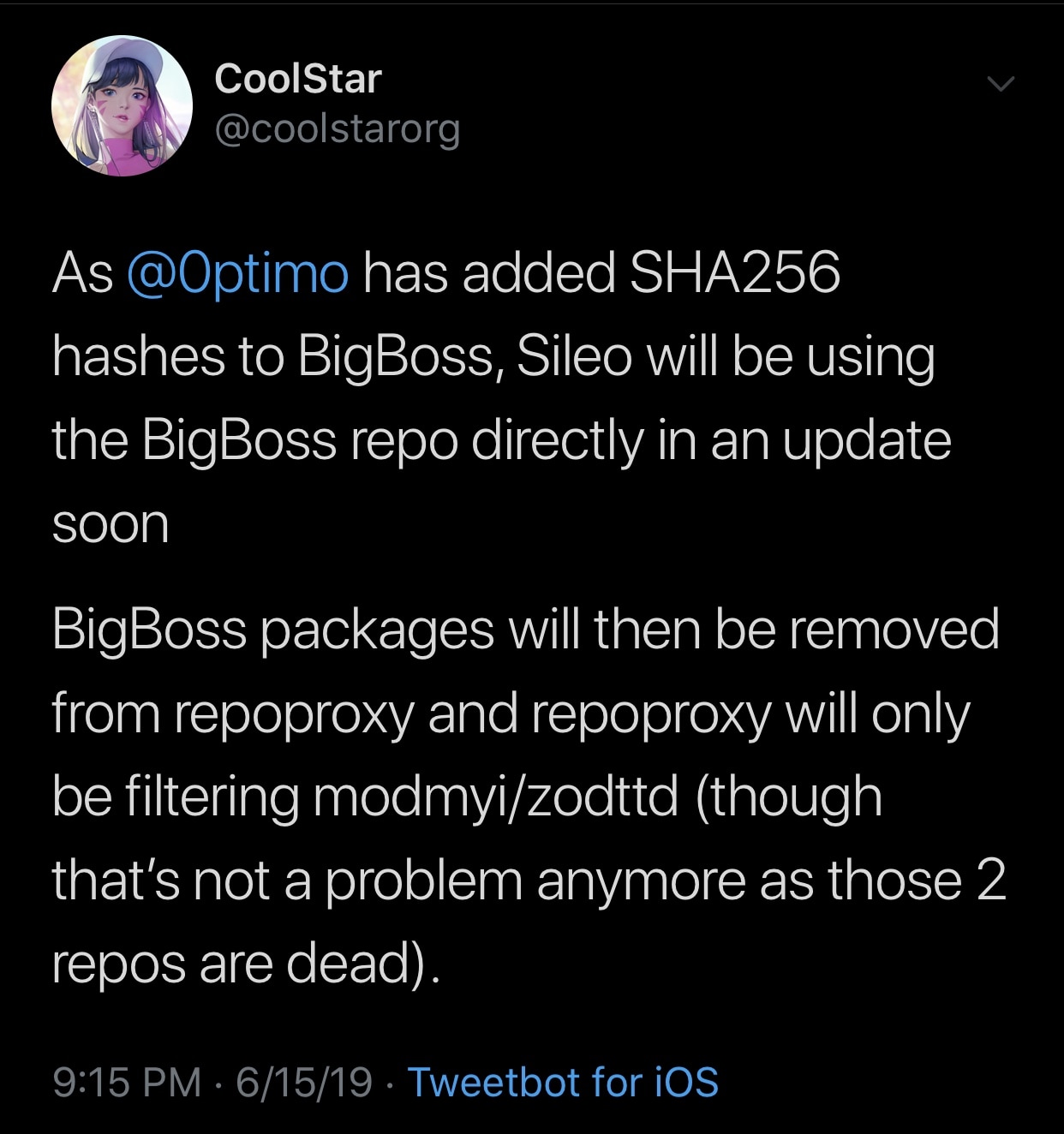 From what we can gather, this change also means that the BigBoss repository will be officially removed from Sileo’s repoproxy mirror (A. K. A. the BigBoss+ repository that comes pre-installed with the Sileo package manager).

Tutorial: How to add the BigBoss repository to Sileo right now

To many, myself included, this is good news. Not only did repoproxy filter certain packages from appearing in search results in the Sileo package manager, but newly-released jailbreak tweaks on BigBoss synced more slowly on the repoproxy mirror than they would have on a device that was using the actual BigBoss repository on Cydia. Perhaps unsurprisingly, this was a nuisance.

On the other hand, CoolStar’s repoproxy will continue to filter the likes of the archived ModMyi and ZodTTD repositories, ensuring smooth performance and a better user experience for Sileo users.

It’s worth noting that the BigBoss repository is the last-standing of the jailbreak community’s original jailbreak tweak repositories. Today, alternative repositories such as Packix, Dynastic Repo, Nepeta, and a plethora of others are some of the most active.

While today’s change is an ounce of good news, the fact remains that Sileo still limits the number of ads BigBoss can display; this means Cydia users will be more valuable to the repository, as it relies on ad-based revenue to support operations. Pwn20wnd’s unc0ver jailbreak is the only iOS 12-centric public jailbreak that supports Cydia out of the box at the time of this writing.

Are you happy to see that Sileo will soon pick up native support for the BigBoss repository? Discuss in the comments section below.