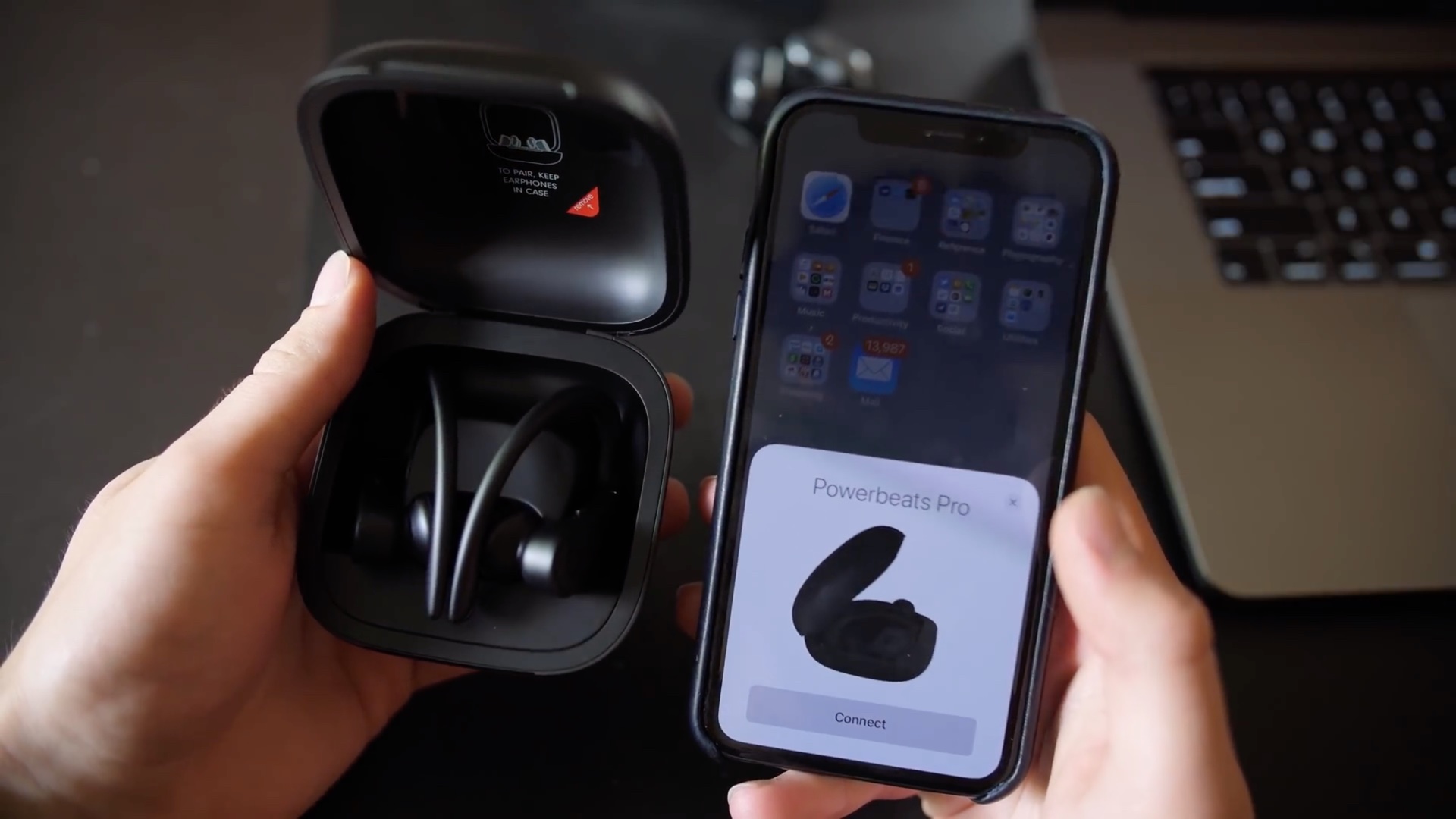 The earphones have been on sale in the US and Canada since early May.

Many people have been wondering how they fit in the ear given their strong focus on workouts. Having used the previous model which features the same built-in earhooks like Powerbeats Pro, I can confirm that they’re indeed held firmly in place during physical activity.

iDB’s Harris Craycraft recently got his hands on a pair of these totally wireless earphones so we recently published Harris’s unboxing video along with his initial thoughts on the key features. He’s since published a fitness-focused review of Powerbeats Pro on his personal YouTube channel in which he compares his Powerbeats Pro to AirPods, the everyday Apple earbuds.

Although Powerbeats Pro don’t charge wirelessly, they now have their own charging case with a Lightning port for juicing up the internal battery. The case extends total run time of your earphones from nine hours of listening time to more than 24 hours of combined playback, with a five-minute charge giving you enough juice for 1.5 hours of continuous playback.

Powerbeats Pro cost £220 in the United Kingdom and 250 euros in France and Germany.

Are you liking these new Powerbeats sporty earphones? Do you own an earlier model and if so, what are the key features of Powerbeats Pro that make them worth buying?