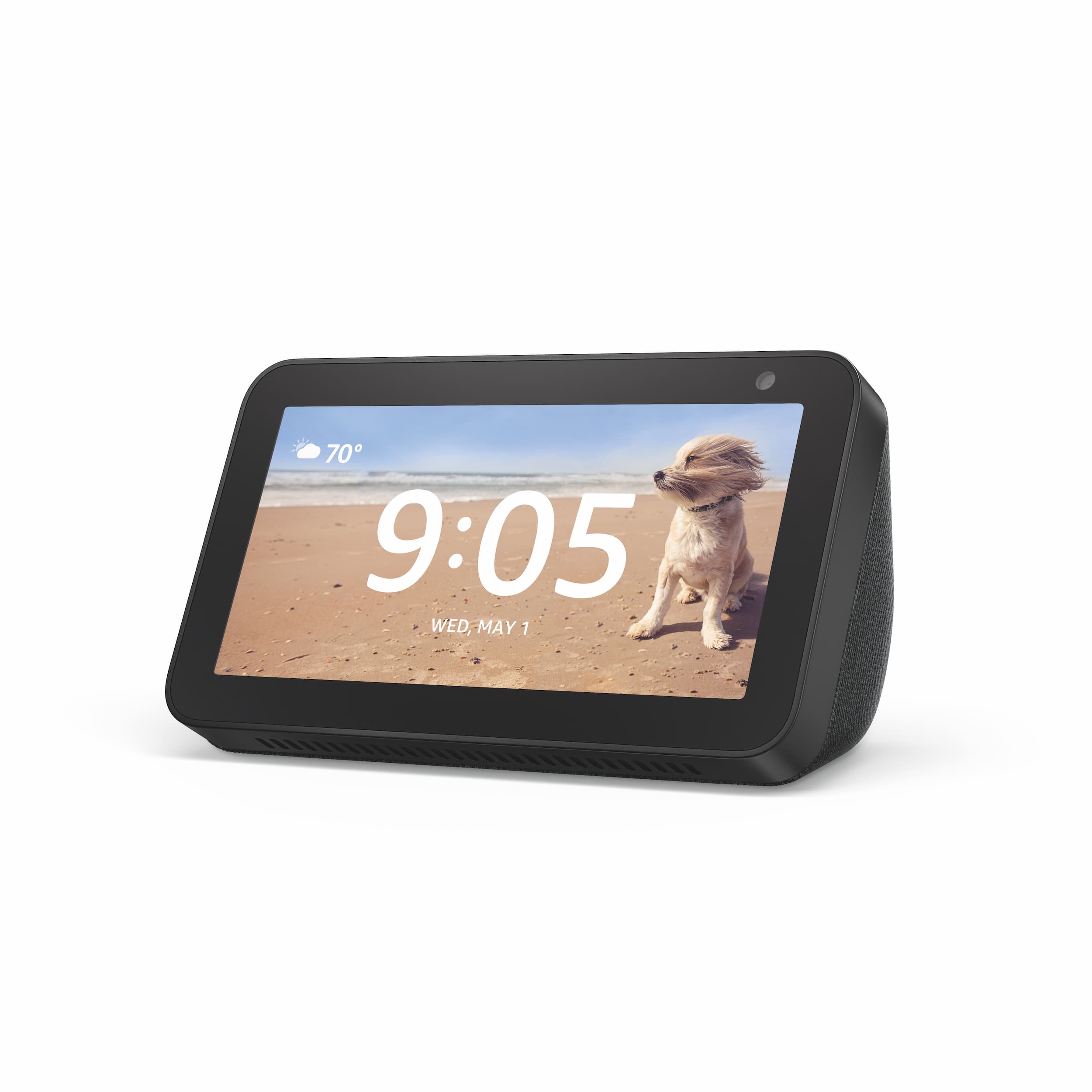 Amazon already has a healthy lineup of Echo smart devices with Alexa built in, but the company is not resting on its laurels just yet. The new Echo Show 5 has a smaller display than the standard Echo Show, but a smaller price tag to go along with it.

It has been a couple of years since Amazon first introduced the Echo Show, a smart display/speaker combination featuring a 7-inch display. Now, the company is introducing a smaller version of the same idea, offering a more compact design. As is the same deal with the larger Echo Show, this smaller option will let owners not only listen to music or the news, but also watch it with select apps like NBC and others.

The Echo Show 5 can serve as a home hub, meaning it will allow owners control their other smart home products with just some vocal commands. The device will also offer up on-screen touch controls, too, so owners can control the brightness of smart lights and other actions. If the owner has a Ring doorbell installed, the Echo Show 5 also supports two-way communication, so you can have a conversation with the person standing at your front door before you get around to answering it (or not answering it for that matter).

Owners can set a routine for when they wake up in the morning, too, as well as using it as an alarm clock. With the routine in place, the Echo Show 5 can show things like the weather forecast for the day and more. And when the owner isn’t actively using the Echo Show 5, it can be used as a photo frame, letting owners link to their Facebook to present photos on a rotating basis.

One final thing to note. Amazon is also introducing a new voice command that will allow Echo owners to delete the day’s voice recordings. The owner can say, “Alexa, delete everything I said today”, and the company will delete the recordings as instructed. And at some point in the future, Amazon says owners will be able to delete the last thing they said to the digital assistant as well.

The Echo Show 5 is set to launch on Wednesday, June 26. It is priced at $89.99 and can be pre-ordered right now in Sandstone and Charcoal color options. It arrives in France, Germany, Italy, Spain, Japan, Canada, New Zealand, Australia, the United States, and the United Kingdom on that day in June. Meanwhile, in India, the Echo Show 5 will launch in July. It will arrive at some later date in Mexico.

Do you plan on picking up the Echo Show 5?