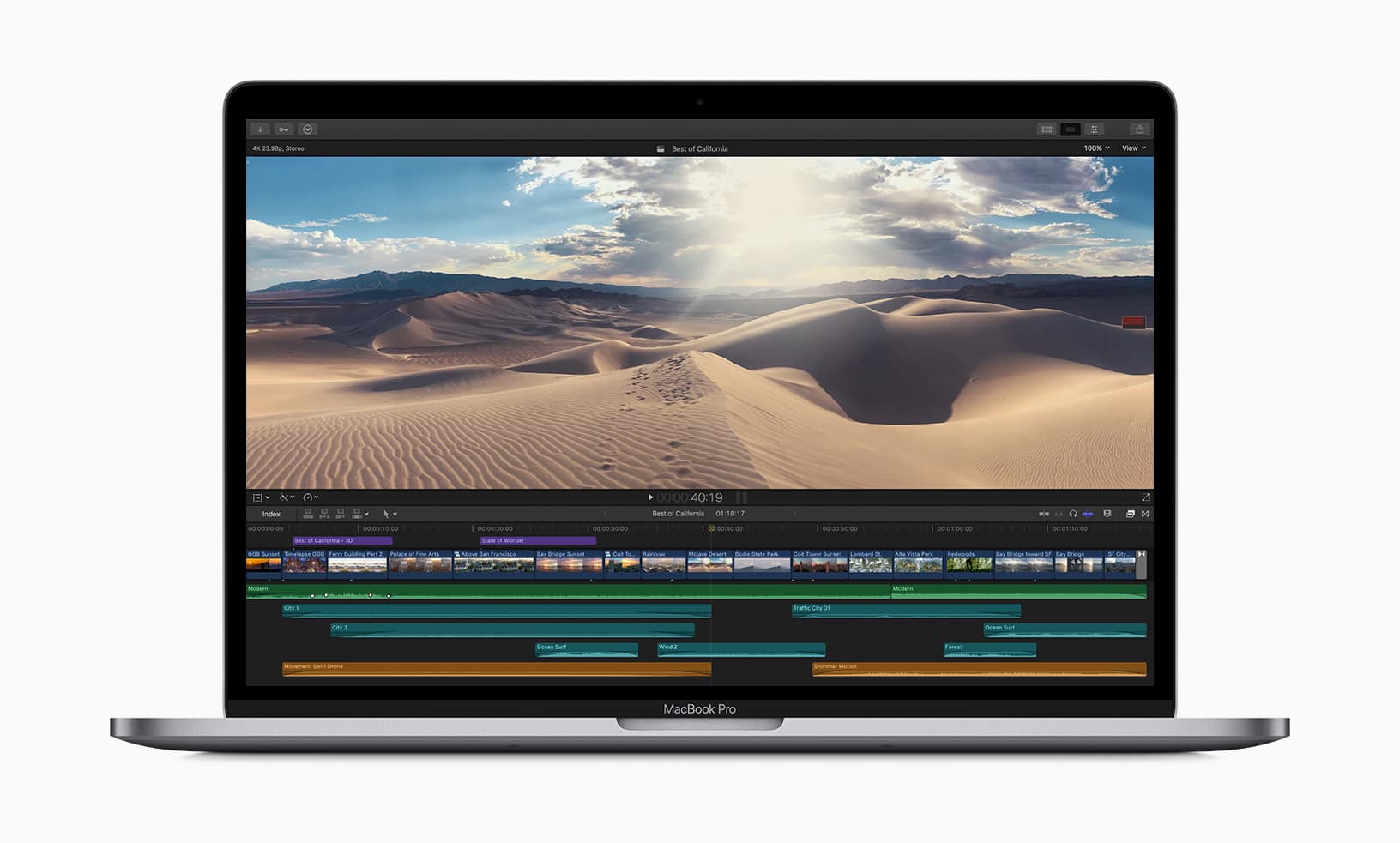 It has only been a few days since Apple launched brand new MacBook Pro models, including the company’s first 8-core model. Now the first benchmark for the company’s fastest Mac notebook shows an impressive boost in performance.

A new upload on Geekbench this morning shows the performance of a device called “MacBookPro 15,3”, which is presumably the new, 8-core MacBook Pro model that Apple announced earlier this week. According to the results, the single-core score is set at 5879, while the multi-core score came back as 29184.

It should not be a surprise here that the 8-core MacBook Pro is posting some impressive scores. Even without the comparison from older models. But, of course, for those who might be on the fence in regards to buying the new, more powerful MacBook Pro, it’s good to see how it might compare to a previous model. 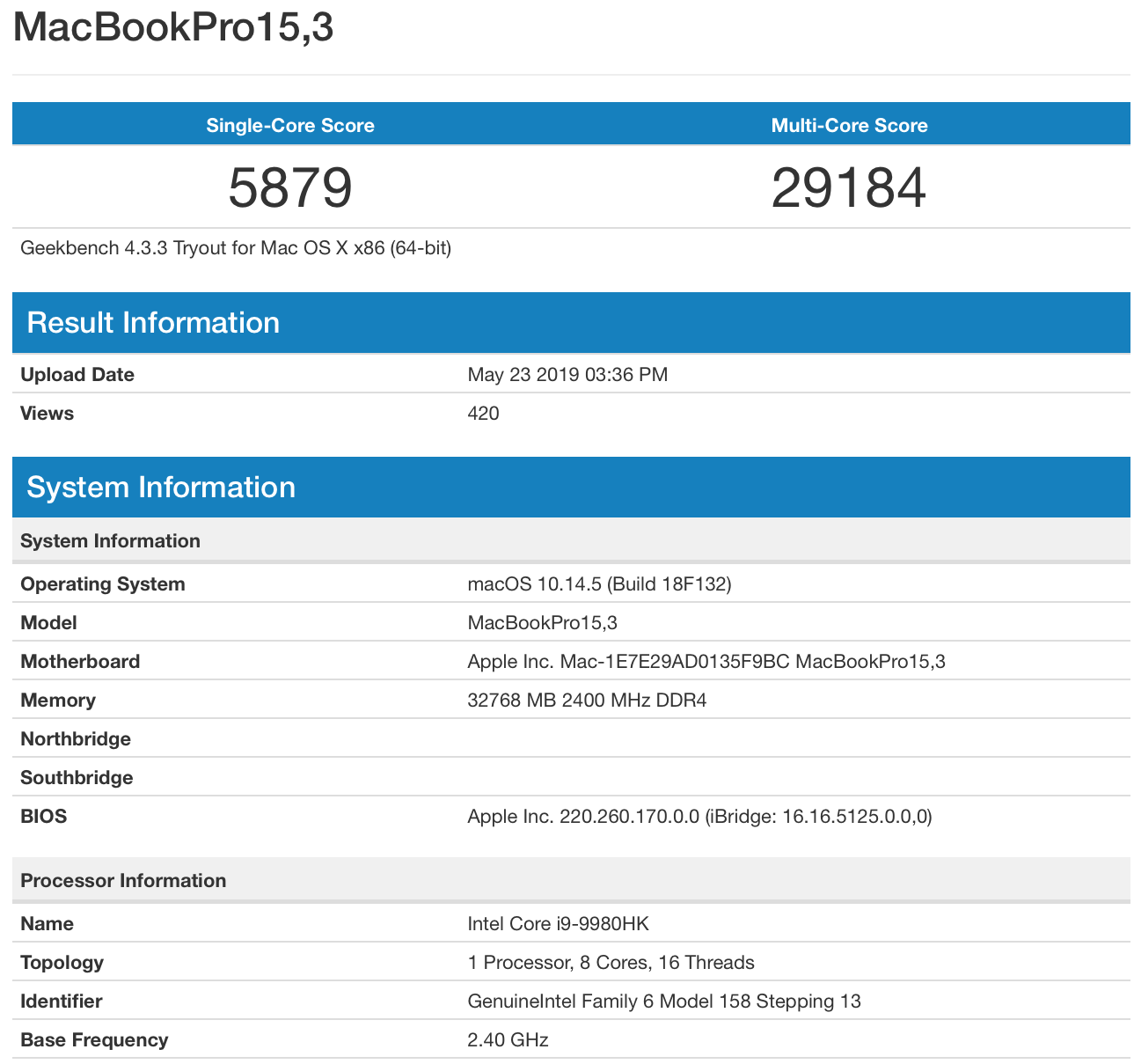 For instance, the 2018 MacBook Pro equipped with an Intel Core i9 processor clocked at 2.4GHz has an average single-core score of 5348. The multi-core score for the same model sees an average of 22620. Those multi-core speeds are a 29% percent improvement from the older model to the newer option.

So, who might still be on the fence with the new 8-core MacBook Pro? Or have you already decided to buy one?