Vizio today launched the new P-Series models, available in two huge sizes, as welll as new mid-range M-series TV sets and the most affordable V-series smart TVs, with AirPlay 2 and HomeKit support to be added soon via software updates.

Vizio’s CEO Bill Baxter said that Vizio’s SmartCast 3.0 platform “adds even more value with the upcoming support for Apple AirPlay 2 and HomeKit, making it compatible with Siri, Google Assistant and Alexa for ultimate user flexibility no matter their preferred ecosystem.” The fine print in the press release says that AirPlay 2 and HomeKit support will be rolling out this summer to Vizio’s SmartCast TVs and displays.

And here are the new model highlights:

This on the design of the flagship model:

From a design perspective, the 2019 smart TVs offer stylings that will complement any living room. With a minimalist four-sided bezel-less design, the flagship P-Series Quantum X boasts precision-crafted aluminum with elegant diamond cut accents that further draws viewers in to its striking picture.

Check out the feature matrix below for more information. 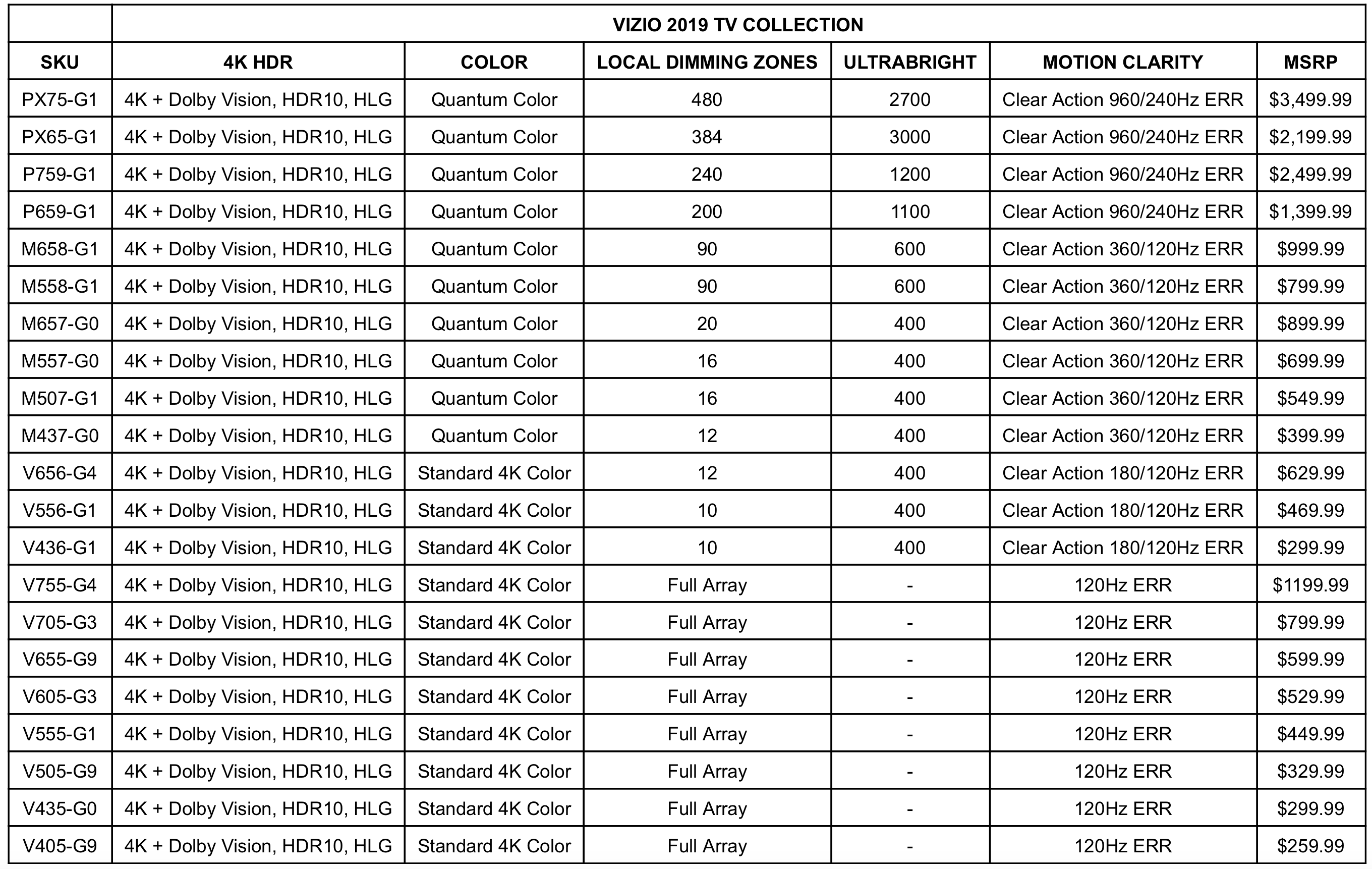 And here’s what you’ll like about SmartCast 3.0 (emphasis mine):

Featuring support for Apple AirPlay 2 in the coming weeks and Chromecast built-in, SmartCast 3.0 will enable users to stream, control and share content directly from their iPhone, iPad or Mac or Android device to SmartCast TVs, all without extra hardware or products. SmartCast 3.0 works with Siri, Google Assistant and Alexa, allowing for seamless smart-home integration.

These 2019 models are now available at retailers nationwide.

In addition to the recent televisions, Vizio has surprised fans by announcing that it will be bringing AirPlay 2 and HomeKit support all the way back to its 2016 SmartCast TVs.

These are some fine TVs, wouldn’t you agree? What’s your favorite TV brand?