If you’re enjoying a jailbreak on iOS 11 or 12 by way of the Electra Team’s Chimera or Electra jailbreak tools, then you might be excited to learn that the bundled Sileo package manager has been updated to version 1.0.8 on Tuesday with some notable improvements.

The Sileo Team announced the update via Twitter just this evening: 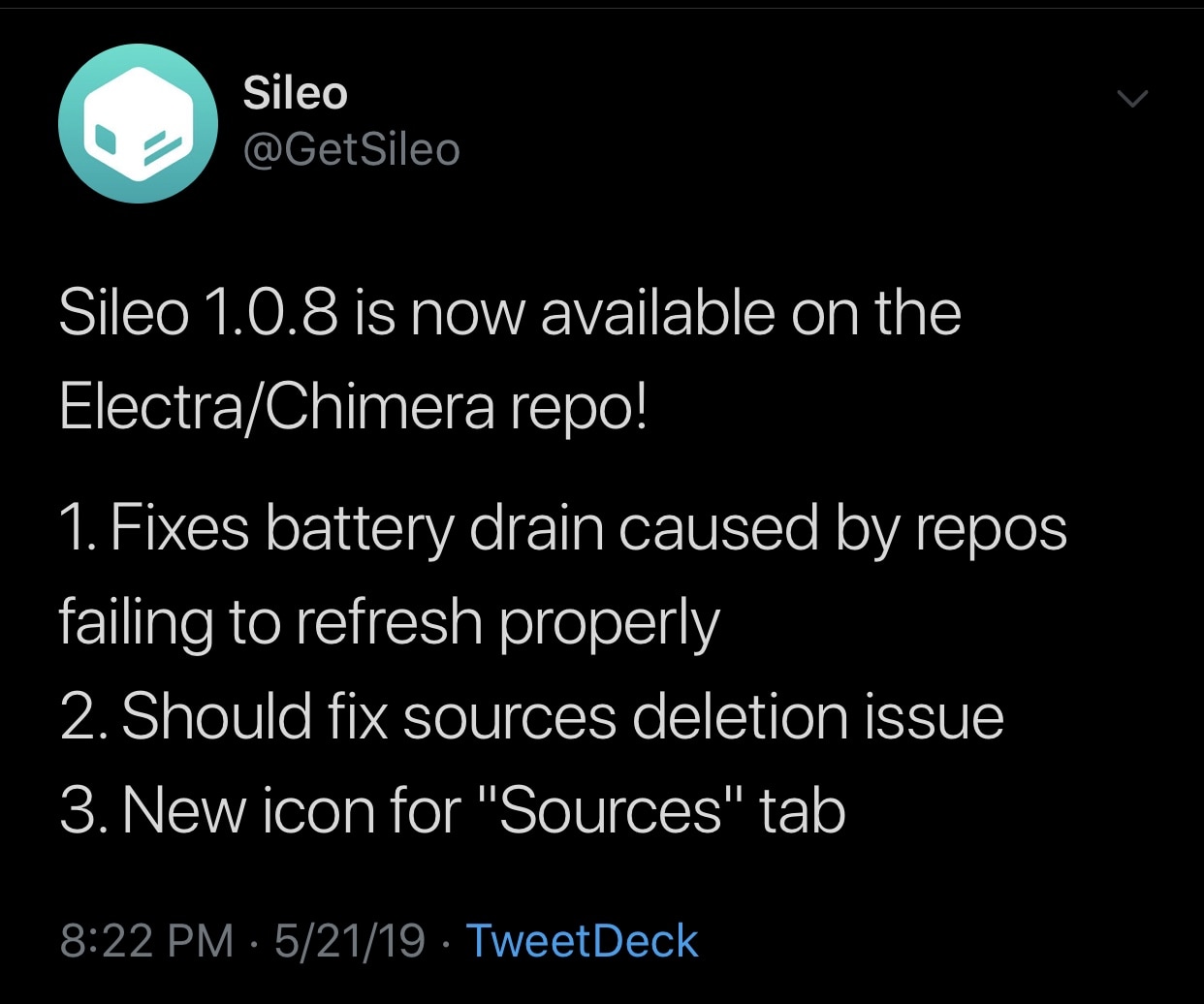 From what we can gather, Sileo version 1.0.8 brings the following changes to the table:

– Implements a new icon for the app’s “Sources” tab

Perhaps unsurprisingly, this update is only for Chimera and Electra, and isn’t yet available for Pwn20wnd’s unc0ver jailbreak. That said, if you’re using either of the supported jailbreaks, then this update is available from the default repository upon refreshing your sources in the Sileo app.

Given the significant improvements to battery life provided by this update, we recommend that all Sileo users go ahead and update to version 1.0.8 at their earliest convenience. Chimera users would also do good to run the most recent version of the Chimera jailbreak (version 1.0.6), which was released just over the weekend.

Have you installed the latest version of Sileo on your jailbroken handset yet? If so, let us know how it’s working for you in the comments section below.