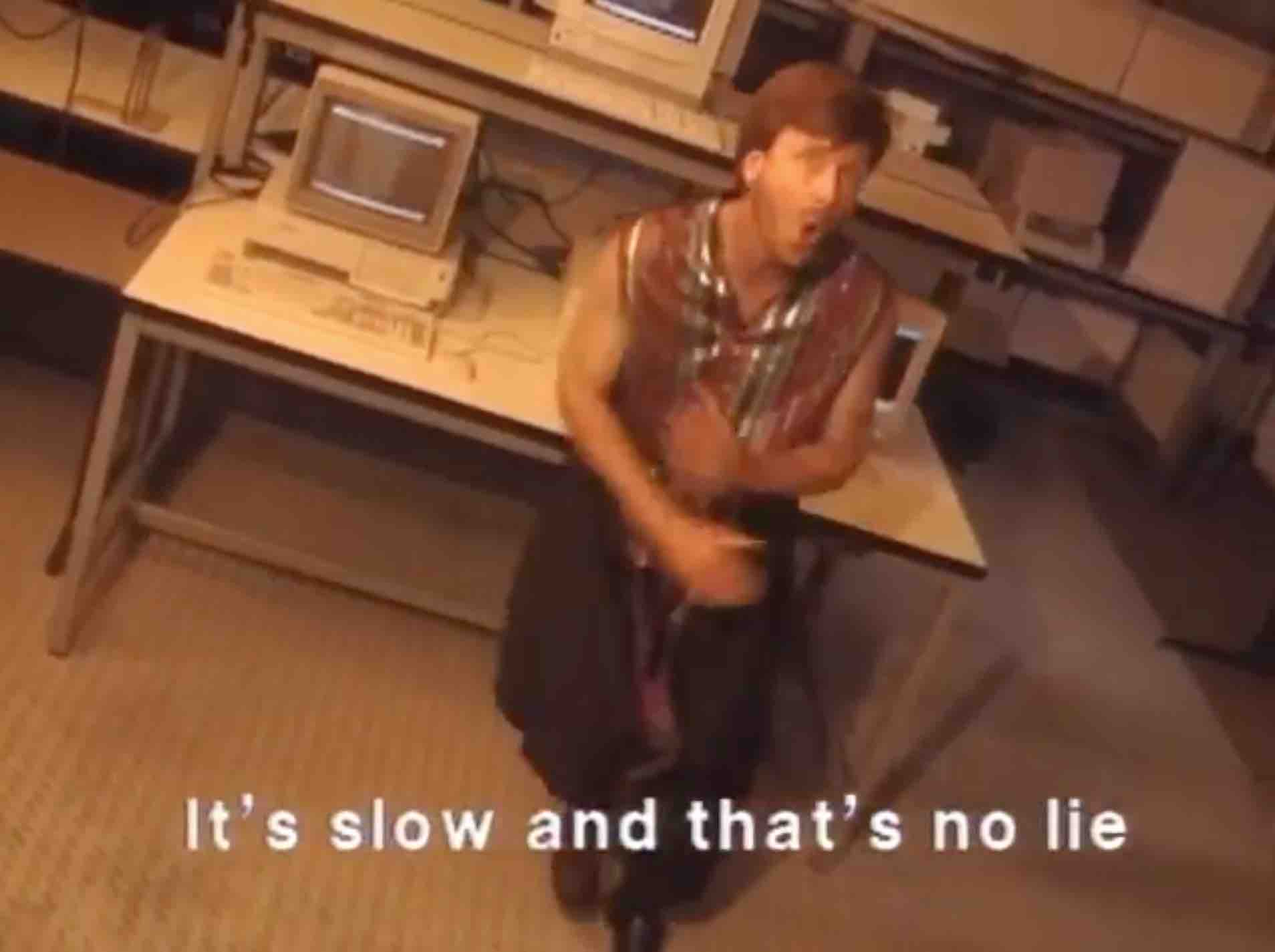 Shortly following Steve Jobs’ exile from Apple in 1985, the company went into a downturn with Mac sales under increasing pressure from commodity PCs running Microsoft software. The desktop wars of the ’90s were pretty much over when the software giant released Windows 95, the first good-enough version of its operating system for the masses.

In the fall of 1995, Apple distributed an internal feel-good video to its employees meant to boost morale by parodying Windows 95 with the following songs:

As The Loop’s Dave Mark observed, Apple seems to have put a lot of effort into the making of this video. “I would pay big money to see a modern take on this, starring all the Apple folk we know and love,” he wrote.

Let us know by posting a comment down below.