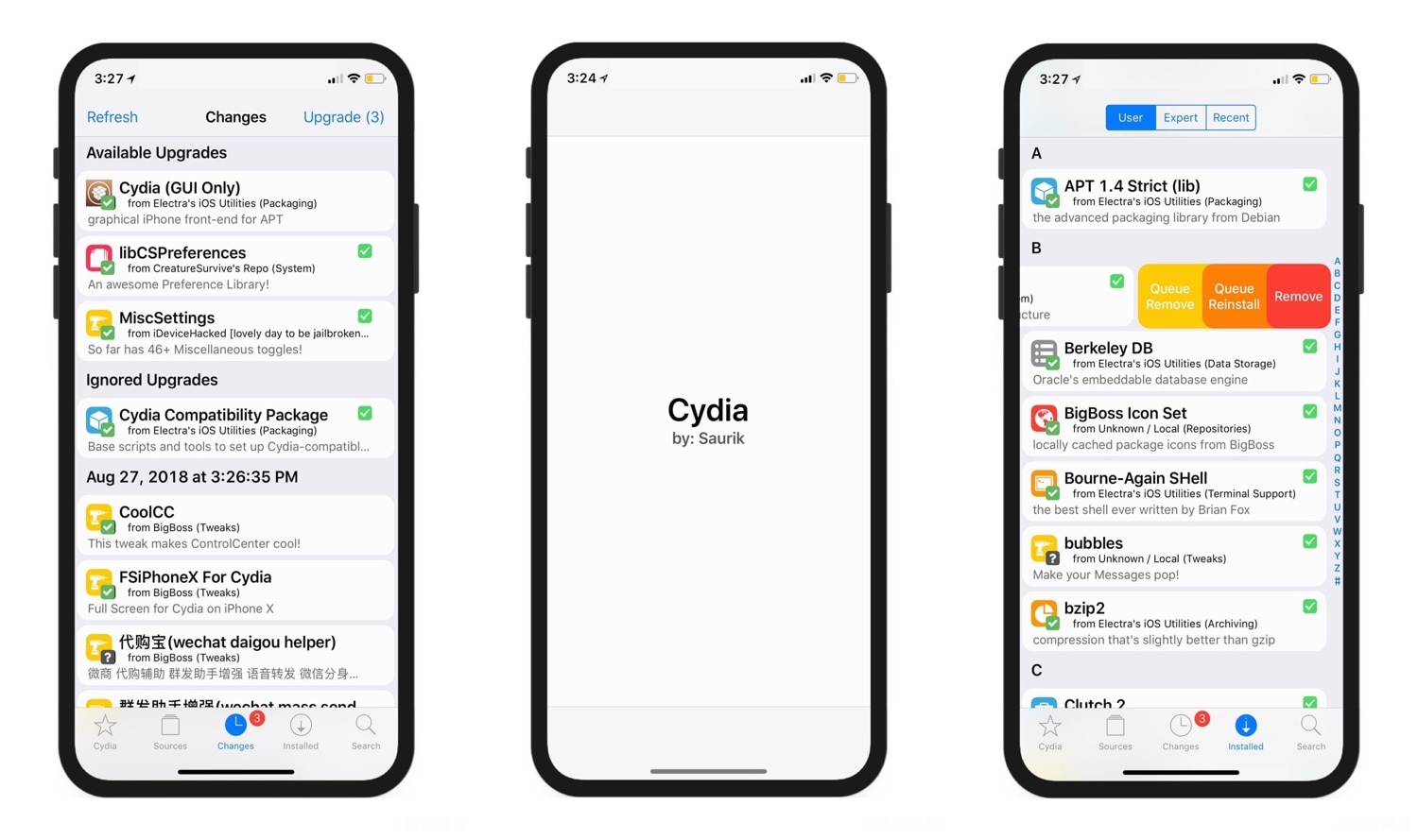 There’s obviously a lot of controversy over Cydia vs. Sileo because the latter has been designed with a modern iOS aesthetic in mind. But those who prefer the tried and true Cydia over something that’s relatively young in comparison can still take advantage of jailbreak tweaks to make Cydia better.

One such release that grabbed our attention as of late was cyder by iOS developer CreatureSurvive, which brings a plethora of modern features to the official Cydia app by way of Cydia Substrate. Obviously, this means it only supports pre-A12(X) devices, but it’s worth checking out if you happen to have a supported handset in your possession.

In the screenshot examples above, you’ll discern some of the new features that cyder brings to the table. As the tweak’s repository depiction notes, cyder brings each of the following features to Cydia:

We particularly enjoy the ability to swipe on packages to access features like “Queue Remove,” “Queue Install,” and “Remove,” but we’re also fond of the pull to refresh and bulk-add sources features, which make using Cydia a lot more enjoyable.

For the most part, much of the Cydia interface remains the same and familiar, apart from the new features that have been described above, so you shouldn’t expect Cydia to magically begin looking as spiffy as Sileo after installing cyder.

If you’re interested in trying cyder for yourself, then you can download it for free from the following repository:

The cyder tweak supports most jailbroken iOS 11 and 12 devices and doesn’t come with any options to configure. It’s also worth noting that the tweak is still in its beta phases, and so bugs are to be expected.

Do you like the refreshments that cyder offers for the Cydia package manager? Let us know in the comments section below.