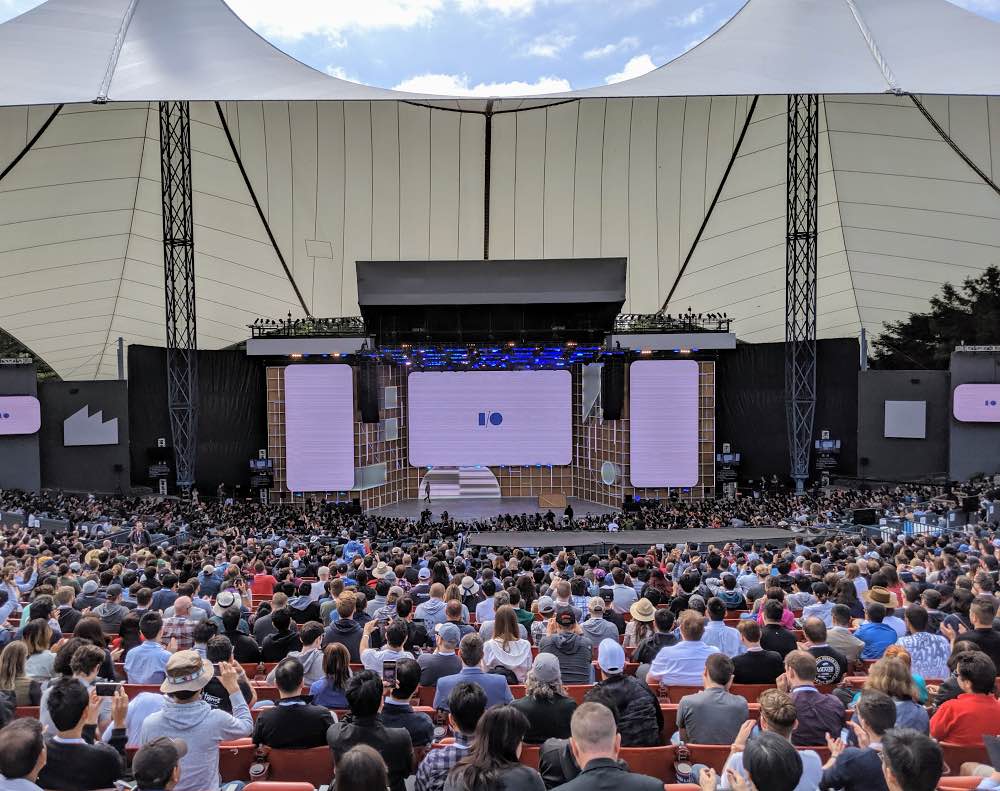 I/O, Google’s annual developers conference, kicked off today with a keynote talk and there are some notable announcements Apple fans should be aware of. We’ve summarized all the news in a bulleted fashion so check out what’s new in the Google world, then meet us in comments.

Here’s what was announced today at Google I/O 2019.

The next major iterations to Google’s mobile operating system (Android is reaching version 10) is Android Q. It includes a system-wide dark theme along with some cool AI-driven features, such as suggested replies from the notifications and live captioning.

With Android Q, Google is promising (stop me if you heard this) background security updates that won’t require a restart and new privacy options that will hopefully limit what developers can do with your data. Android Q is getting its own Screen Time—they’re calling it Focus Mode and it lets you limit distracting apps, like Instagram and Facebook—while new parental controls let parents limit apps their kids can access on a per-app basis.

A Smart Reply feature will offer up suggested actions, similar to how Siri suggestions work on iOS devices. Android Q, like iOS 13, will have a built-in system-wide dark mode option.

The Android Q beta for all Pixel phones is available today.

The Pixel smartphone brand now includes additional options covering the lower end of the market, with Pixel 3a and 3aXL offering features from the premium Pixel devices at lower price, starting at $399.

These phones have smart cameras the Pixels are known for and include the AI-powered Night Sight feature that boosts night shoots with a little help from machine learning.

Google’s adaptive battery technology delivers up to 30 hours of run time on a single charge.

Google is renaming all of its smart home products under the Nest brand whilst unveiling a new screen and camera-outfitted hub, dubbed Nest Hub Max. You can play YouTube videos on it, watch movies and television shows, enjoy pictures or even use it as a digital photo frame. Like Apple TV, it acts as a remote hub for all your smart hopme products.

The device doubles as a security camera that streams video to the cloud. Multi-user support is also part of the package, thanks to Google’s Face Match technology.

Priced at $229, Nest Max Hub is arriving this summer.

Google Search is getting support for augmented reality objects in search results. Similar to AR QuickView in macOS Mojave and iOS 12, people will be able to just click an object to enter augmented reality mode, which should be cool for certain shopping scenarios.

ARe you seeing this?! With new AR features in Search rolling out later this month, you can place, view and interact with 3D objects right in your own space. #io19 pic.twitter.com/Q61U0r2Hvg

As part of Google’s newly-found privacy angle, Search is getting Incognito Mode like Google’s Chrome browser. So, rather than use a privacy-browsing mode in your browser, you’ll be able to enter Incognito Mode on Google Search for those times when you don’t want your searches to be saved in your Google Account.

Today's special: Google Lens. 🍽️ Automatically highlighting what's popular on a menu, when you tap on a dish you can see what it looks like and what people are saying about it, thanks to photos and reviews from @googlemaps. #io19 pic.twitter.com/5PcDsj1VuQ

Search will also index podcasts and let you play episodes inline. Lens, Google’s impressive AI-powered visual search technology, can now calculate a tip by scanning a receipt, read aloud a menu and even highlight the most popular dishes.

Here are some other notable announcements:

Duplex, Google’s creepy human-sounding AI that can book a reservation for you, can now book a rental car from a supported service on your behalf, as well as reserve a movie ticket and even fill in web forms for you.

Google Maps is getting an Incognito mode akin to the Chrome browser which lets you research directions and get directions without sharing your data with Google.

Coming soon to @googlemaps, when you turn on Incognito mode in Maps, your activity—like the places you search or get directions to—won’t be saved to your Google Account. Just tap from your profile picture to easily turn it on or off. #io19 pic.twitter.com/z7GRkkmDbn

Another legitimately cool feature in Google Maps: an augmented reality walking mode, something we’ve suspected would come to Apple Maps, too.

Google has done some plumbing work so now Assistant is 10x faster, responding to rapid fire requests with ease without needing to hear the Hey Google hot word multiple times. According to Goole, Assistant will be running directly on the new Pixel phones launching later this year.

Running on-device and coming to new Pixel phones later this year, the next generation Google Assistant can understand and process your requests up to 10 times faster, making operating your phone, multi-tasking and even composing email easier than ever. #io19 pic.twitter.com/iNPpOvwDM2

The algorithm has been perfected so Assistant is now smarter, and you’ll get some new recommendations as well, such as podcasts and recipes. On top of that, Assistant will be picking up a new Driving Mode on Android this summer.

Assistant will be also coming to Waze soon, Google has said.