Just last week, Saurik (Jay Freeman) made the difficult decision to pull the plug on the Cydia Store. But how will this impact you? Perhaps not as much as you think.

Common misunderstandings have caused a lot of confusion surrounding what is happening to Cydia and what all of this means. If you’re searching for clarity regarding the matter, then you’ve come to the right place. This post will answer many of the remaining questions.

What is the Cydia Store?

In short, the Cydia Store is the back-end payment system that allowed you to purchase paid jailbreak tweaks from default repositories in Cydia, such as BigBoss, MacCiti, and ModMyi (the latter two were permanently archived some time ago). It is not the same as Cydia Installer, which is the Cydia app you interface with every day. 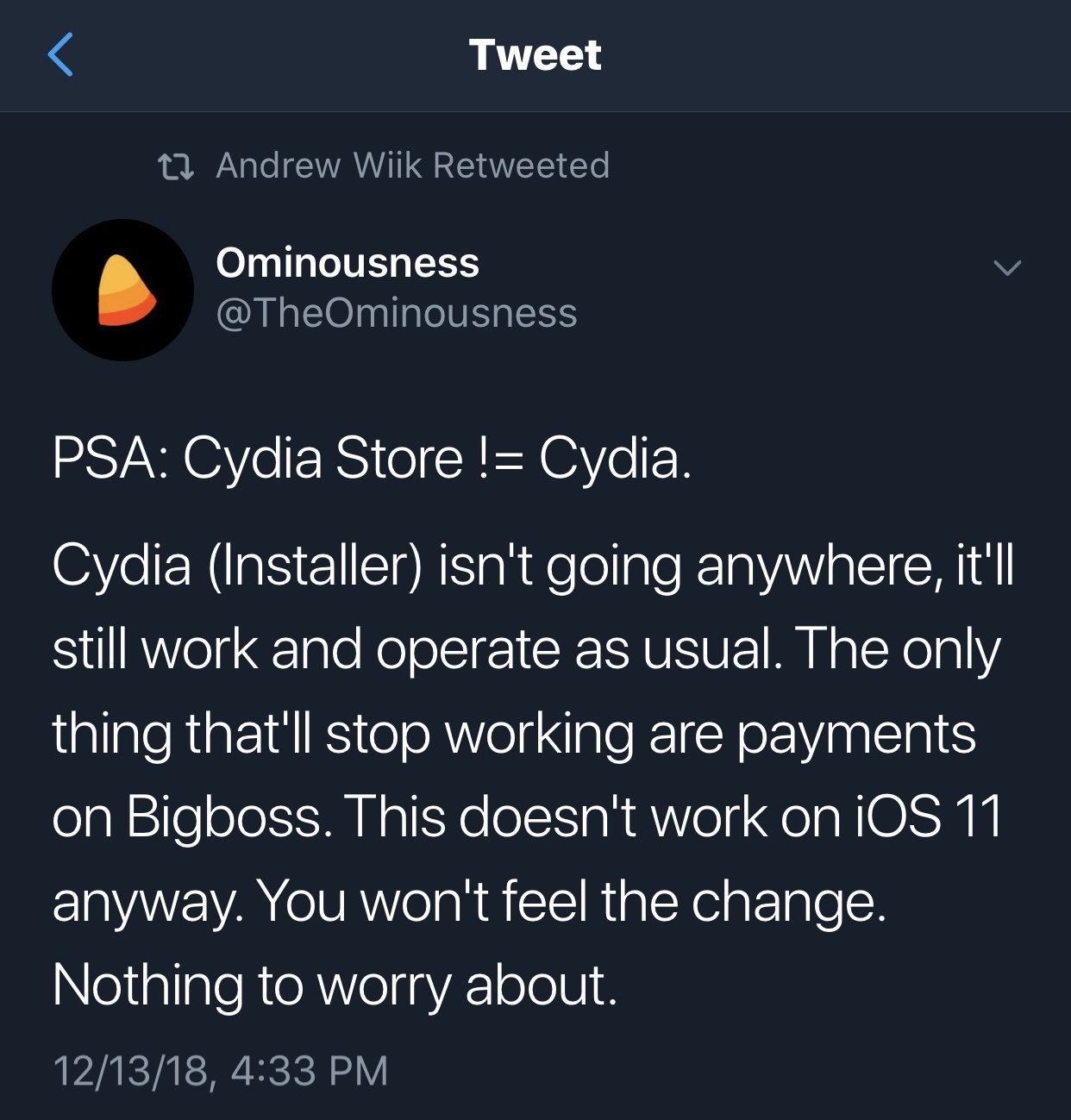 Saurik’s decision to shut down the Cydia Store does not impact the Cydia Installer app. You can continue using Cydia to install/uninstall/manage your existing jailbreak tweaks, themes, and you can still browse current repositories.

Can I still purchase jailbreak tweaks?

You can certainly still purchase jailbreak tweaks, but only from third-party repositories like Packix, Chariz, and Dynastic Repo, among several others. These repositories have their own dedicated payment systems that operate outside of the Cydia Store.

If you were jailbroken on iOS 11, then you were already barred from purchasing jailbreak tweaks from the BigBoss repository because Saurik never enabled purchases on iOS 11. That’s why many paid jailbreak tweaks are being hosted on third-party repositories henceforth.

Can I install paid jailbreak tweaks I purchased in the past?

Saurik expressed his desire to maintain access to previously-purchased jailbreak tweaks. That said, if you bought a paid tweak from BigBoss previously, you would still be able to access it now that the Cydia Store is no longer functioning.

If you did not purchase a paid jailbreak tweak on the BigBoss repository previously, then you will be unable to buy it for the first time unless the developer moves their package to a third-party repository such as Packix, Chariz, or Dynastic Repo.

Can I install free jailbreak tweaks?

You can still install free jailbreak tweaks from the BigBoss repository, just as you can download packages from the archived MacCiti and ModMyi repositories. This is because free downloads aren’t impacted by the Cydia Store’s payment system.

Why did Saurik shut down the Cydia Store?

In one of Saurik’s famously-long explanations published on /r/jailbreak the day of the announcement, he revealed that the careful balance between expense and revenue was no longer viable and hasn’t been for quite some time.

What was the bug?

Specific details about the bug weren’t publicized, but we do know that it could have enabled arbitrary Cydia Store package purchases via users’ PayPal accounts. This would have required that you were logged into your Cydia account with a linked PayPal account and browsing a malicious third-party repository in Cydia.

Will the Cydia Store return?

Given the Cydia Store’s declining financial model, it doesn’t look like it will be coming back. Saurik also expressed how it’s no longer worth his time to maintain the antiquated payment system, so disabling the Cydia Store was a quick and painless method for him to handle the bug.

So, will I still be able to buy tweaks on Cydia in the future?

How do I know what third-party repositories to trust?

We recommend not adding arbitrary third-party repositories to Cydia because some aren’t screened for safety. Installing packages from these repositories puts you at a higher risk of malware.

Trusted third-party repositories like Packix, Chariz, and Dynastic Repo, along with those in our list, are screened for safety and shouldn’t pose a risk to your jailbroken device.

Sileo, a planned alternative to Cydia Installer, will provide an alternative package manager experience on jailbroken devices. It will not circumvent the Cydia Store; purchases will still be limited to third-party repositories such as Packix, Chariz, and Dynastic Repo.

As of this writing, Sileo is still under development, and there is no concrete ETA for release. We don’t even know if it will genuinely overtake Cydia as the primary package manager for jailbroken devices as it was initially intended to do before unc0ver was released – unc0ver brought with it a refreshed Cydia Installer that was optimized for iOS 11. 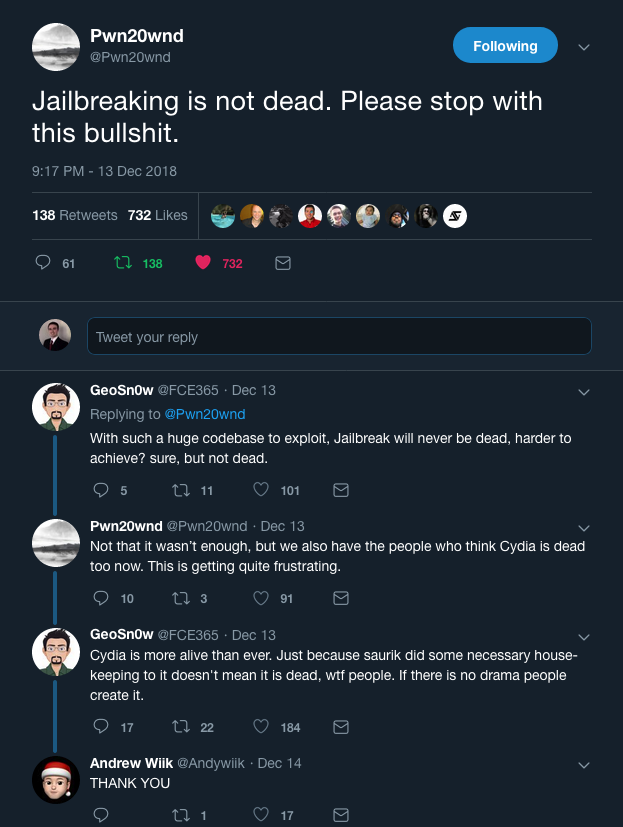 Saurik never enabled Cydia Store purchases on iOS 11 from the start. That said, you won’t notice a difference using Cydia from one day to the next unless you’re using an older jailbreak that pre-dates iOS 11.

The jailbreak community continues to move forward despite all the doubt cast upon it over the years; this time is no different. Given how controlling Apple can be over their mobile devices, we expect the spirit of jailbreaking will continue for some time to come.

TL;DR: the closure of the Cydia Store will not impact the jailbreak experience on iOS 11, and we can still use Cydia to install jailbreak tweaks as we always have.

If you have any other questions about the situation that weren’t clarified in this post, feel free to ask in the comments below.