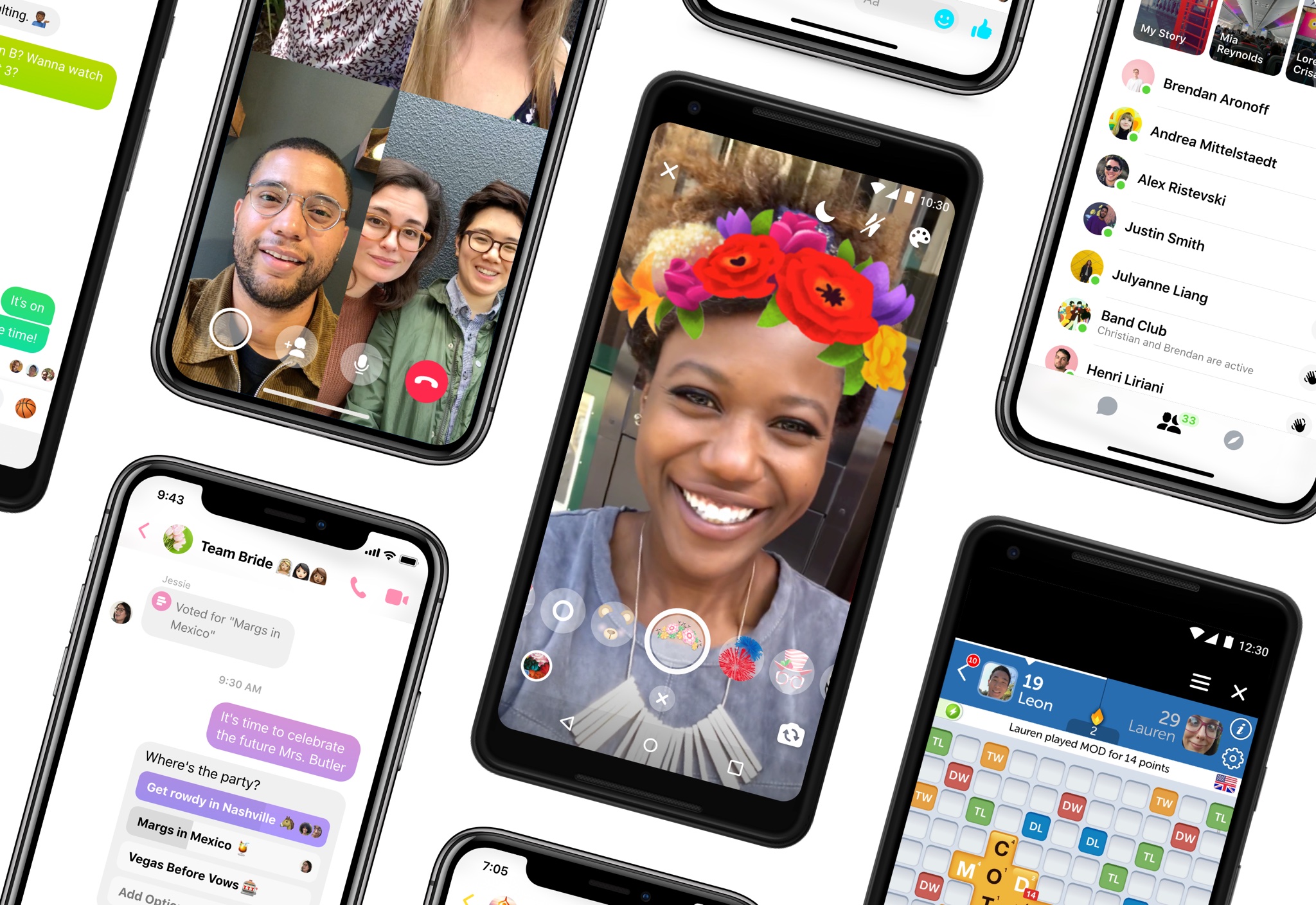 “We believe Messenger 4 delivers the closeness and authenticity that you’ve been asking for—through simplicity of design and powerful features that put the focus back on messaging and connecting,” said Stan Chudnovsky, Vice President of Messenger at Facebook.

Unfortunately, the long-awaited Dark Mode option, basically a re-skinning of Messenger’s interface to cut down on the glare from your iPhone, will arrive at a later stage.

Dark Mode styling will be arriving a bit later

The simplified navigation gets rid of the old tab layout in favor of a way simpler tab-based navigation with just three tabs—Chats, People and Discover—instead of nine like before.

The Chats tab holds all your one-to-one and group chats, sporting visual communication enhancements like Camera at the top so you can capture and share your selfies with a tap. 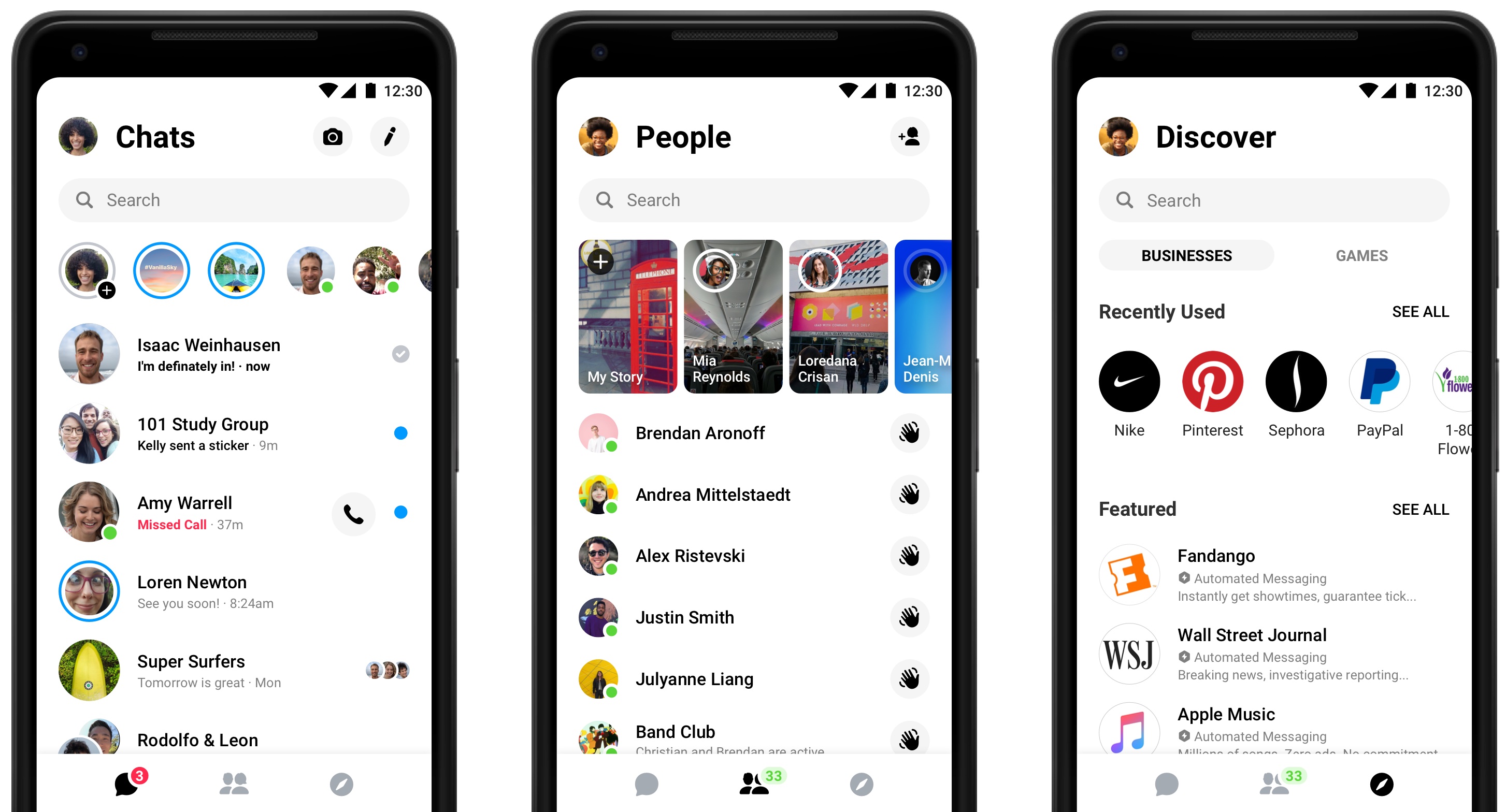 Simplified navigation with 3 tabs on Android

The People tab lets you find friends, catch up on other people’s Stories and see who’s active right now. Lastly, the Discover tab is where you can connect with businesses to get the latest deals, play games, use apps and more.

Chat bubbles in conversations can now be customized to your liking.

The big news here: color gradients. Yes, Messenger lets you use color gradients to give your conversations a nice edge. “You can see the colors change from red to blue, for example, as you scroll up and down a conversation,” explains the social networking giant. 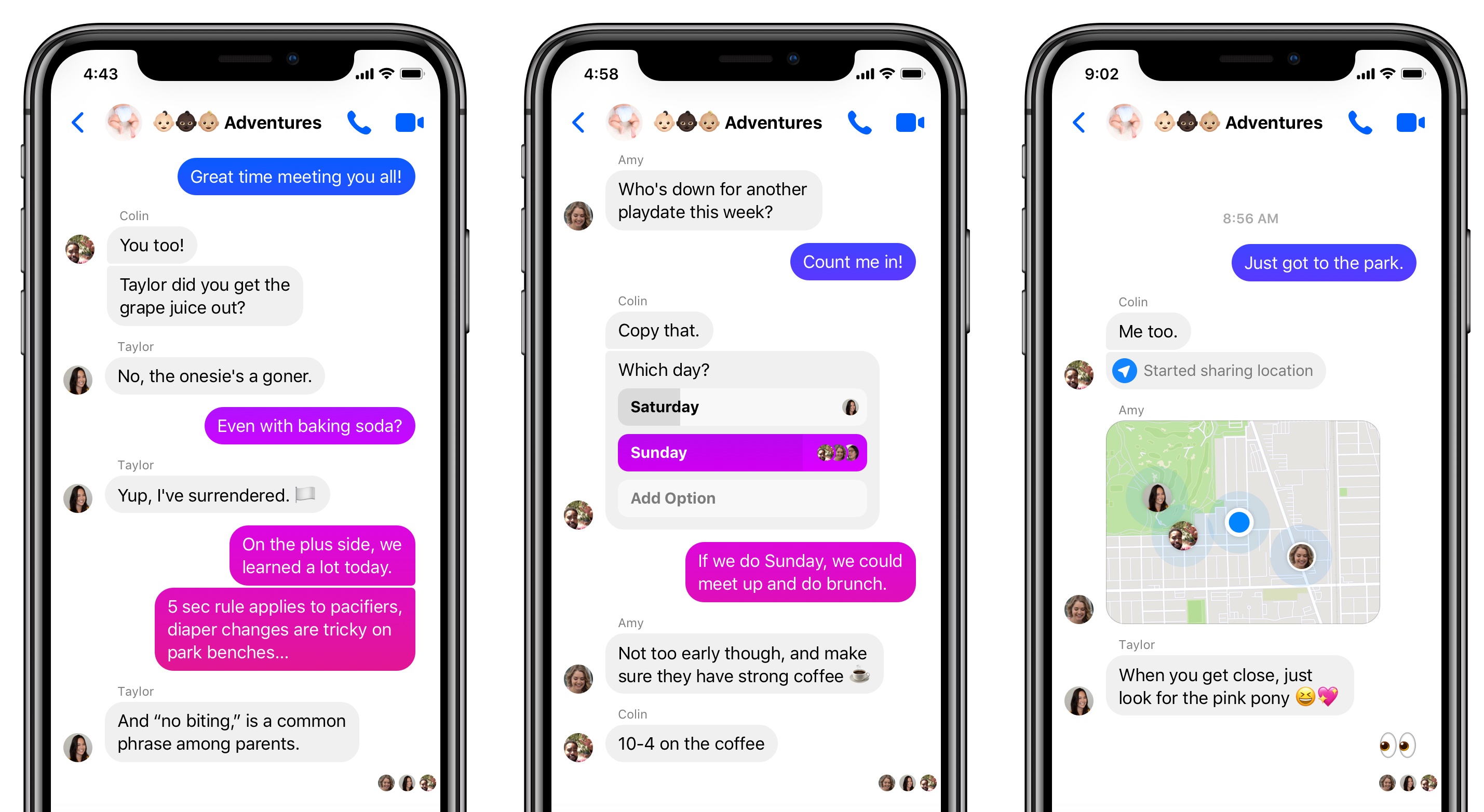 Color gradients can be changed any time to reflect your mood or topic of conversation.

This is a staggered release so not everyone will get their new Messenger app at the same time. If you don’t see the update on App Store, check back after a few hours or days.

Facebook’s rolling out Messenger 4 in phases because “it takes time to get used to changes in an app you rely on every day.” Unfortunately, not all new features are ready on launch day.

As mentioned earlier, some of the stuff we’ve all been waiting for—like the darkened user interface akin to Mojave’s Dark Mode—will officially launch “in the near future.”