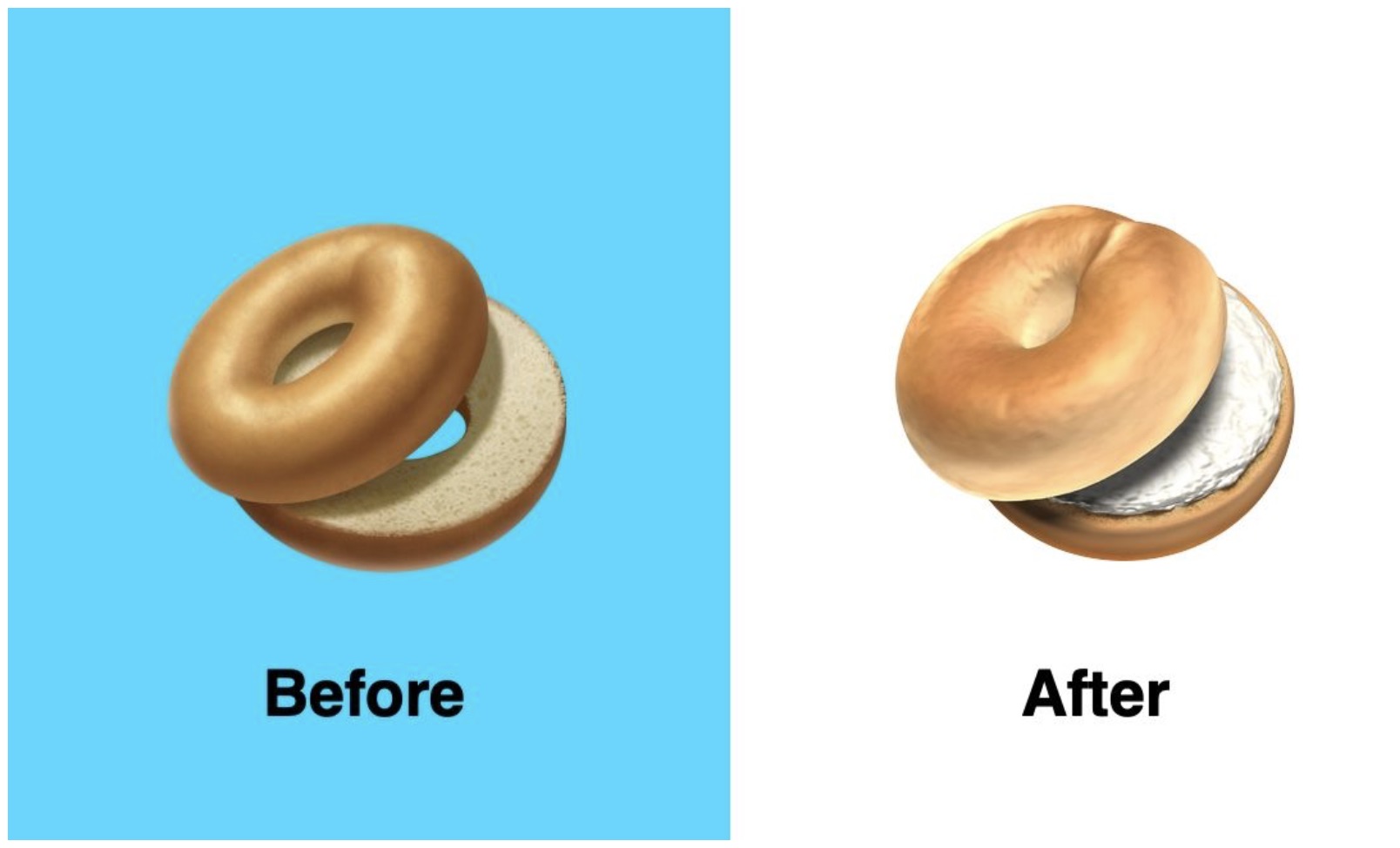 Bagels are a big deal in many parts of the United States. So much so, Apple has decided to make its new bagel emoji in iOS 12.1 look tastier.

As first noted by Emojipedia, Apple altered the bagel emoji in the recently released iOS 12.1 beta 4 for developers. The change followed growing criticism about the emoji.

“What midwestern bagel factory did this bagel come out of?” asked Nikita Richardson of Grub Street.

In the bagel emoji redesign, Apple has elected to add cream cheese filling and more texture. Bagel filling in emoji is handled differently by software vendors, as you can see below:

This isn’t the first time an emoji designed has been changed after criticism. The peach emoji was redesigned, as was the gun emoji. The octopus emoji has taken many designs over the years.

Apple’s likely to release iOS 12.1 to the public in the coming weeks. Whether it ships with the revised bagel emoji remains to be seen. Since iOS 12.1 is still in beta, I’d like to complain too. I don’t like filling in my bagel, especially cream cheese. Can you do something about this, Apple?

Which bagel emoji do you like the best? Let us know in the comments below.