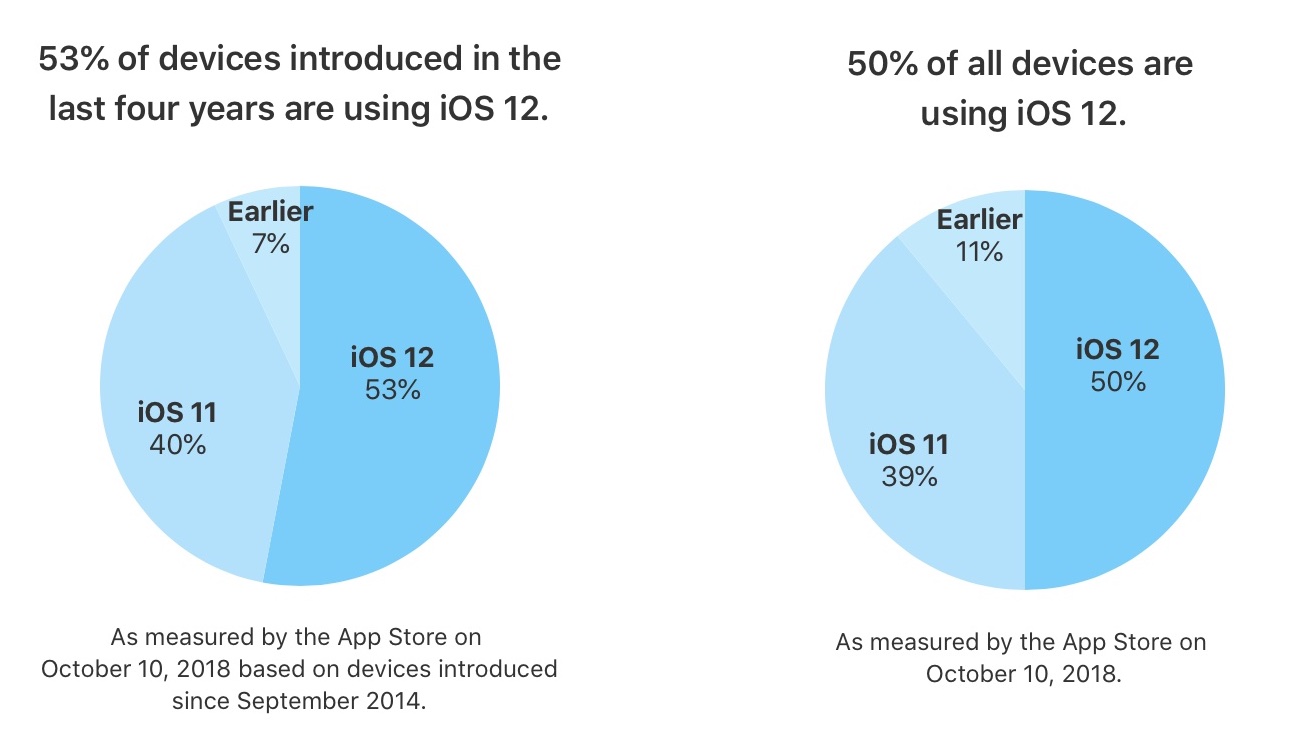 Apple has officially confirmed that iOS 12 is running on more devices than iOS 11. The milestone was reached just over three weeks after Apple released the iPhone and iPad update to the public.

In recent weeks, Apple developers have been testing beta versions of iOS 12.1. That update should be released to the public in the coming weeks.