Build numbers for these updates are as follows:

The first two iOS 12.1 betas were noted for offering Group FaceTime, which was pulled from the iOS 12 beta process earlier this year, and also software for Dual SIM for the iPhone XS, iPhone XS Max, and upcoming iPhone XR. There was also language suggesting all-new iPad Pro tablets were coming soon, along with Memoji syncing and horizontal Face ID. 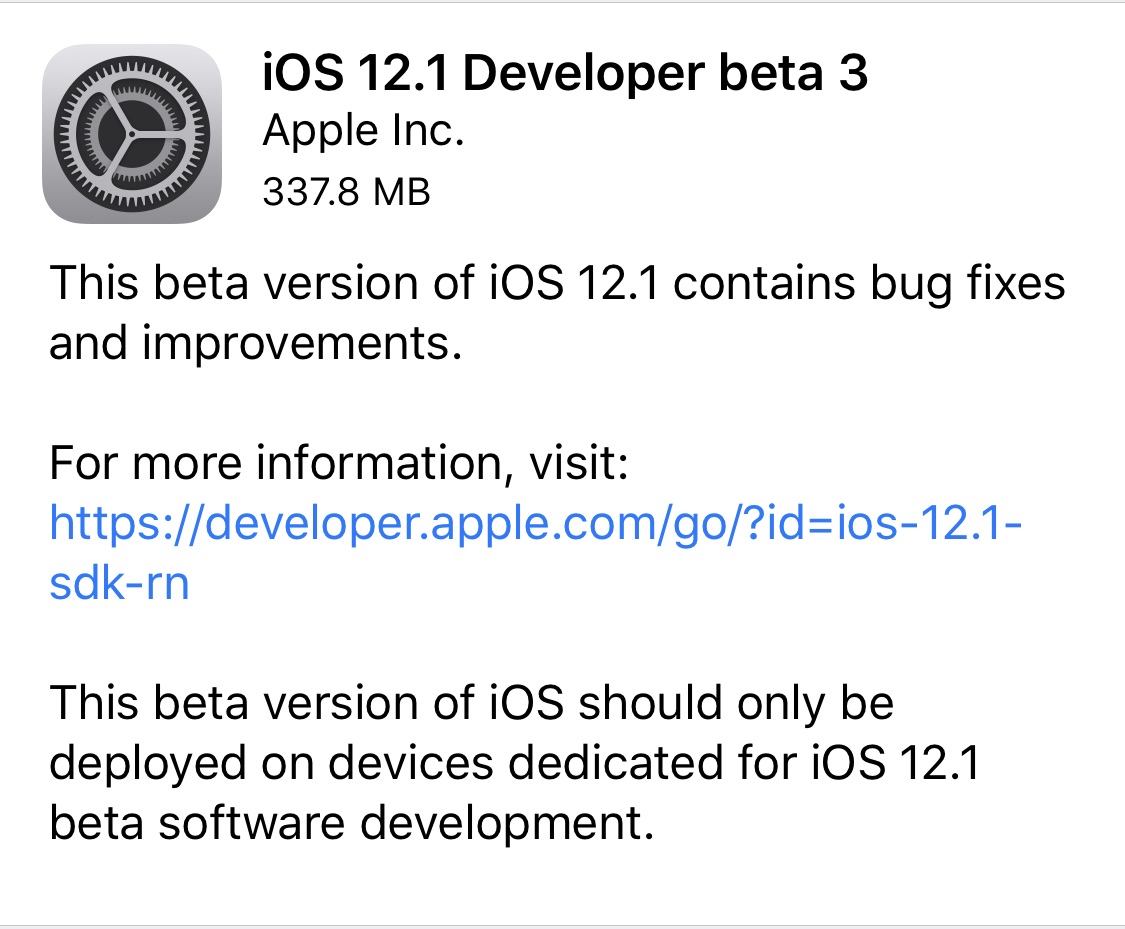 On the surface, there doesn’t appear to be anything new in this beta. This suggests Apple’s getting very close to introducing iOS 12.1 to the public.