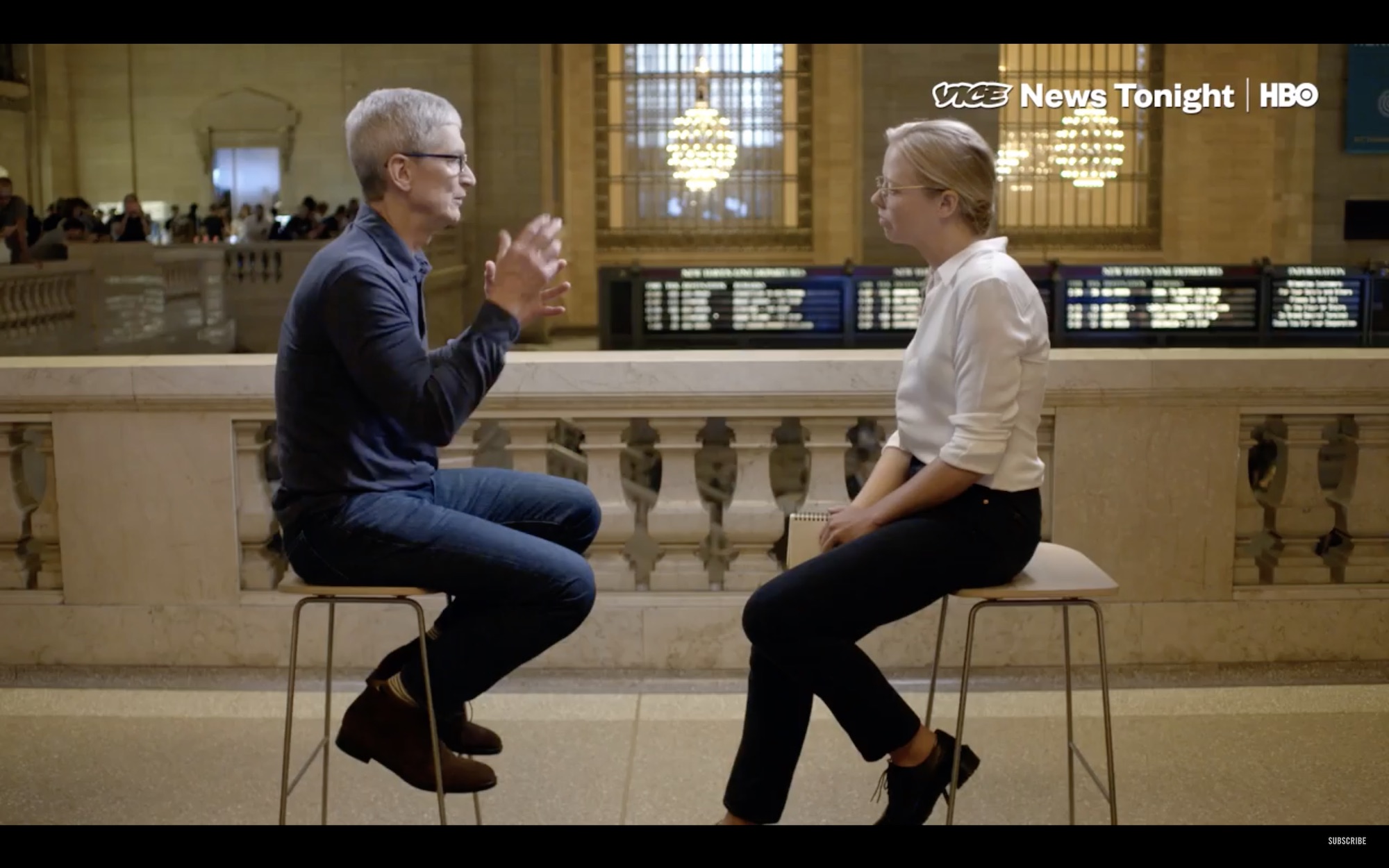 Tim Cook recently sat down with Vice News Tonight correspondent Elle Reeve. During the one-on-one interview, which is available on HBO, the Apple CEO discussed various topics, including China, Alex Jones, and more.

In a series of tweets teasing the interview, you can see snippets where Cook addressed some hot-button issues. Among these was Apple’s decision to cooperate with Chinese policy and migrate iCloud accounts to China-owned servers.

Explaining that data in China remains encrypted like everywhere else, Cook said:

I wouldn’t get caught up in the, Where’s the location of it?’ I mean, we have servers located in many different countries in the world. They are not easier to get data from being in one country versus the next.

On the Alex Jones controversy which saw the controversial conspiracy theorist banned from Apple Podcasts and the App Store, among other outlets, this summer, Cook explained:

Cook also discussed whether Apple’s voice assistant, Siri, was hindered because the company doesn’t collect personal data like similar services. “It’s a bunch of bunk,” he said. “The narrative that some companies will try to get you to believe is, ‘I’ve got to take all of your data to make my service better.’ Well, don’t believe that.”

Cook’s interview is part of Vice News Tonight for Oct. 2 on HBO.