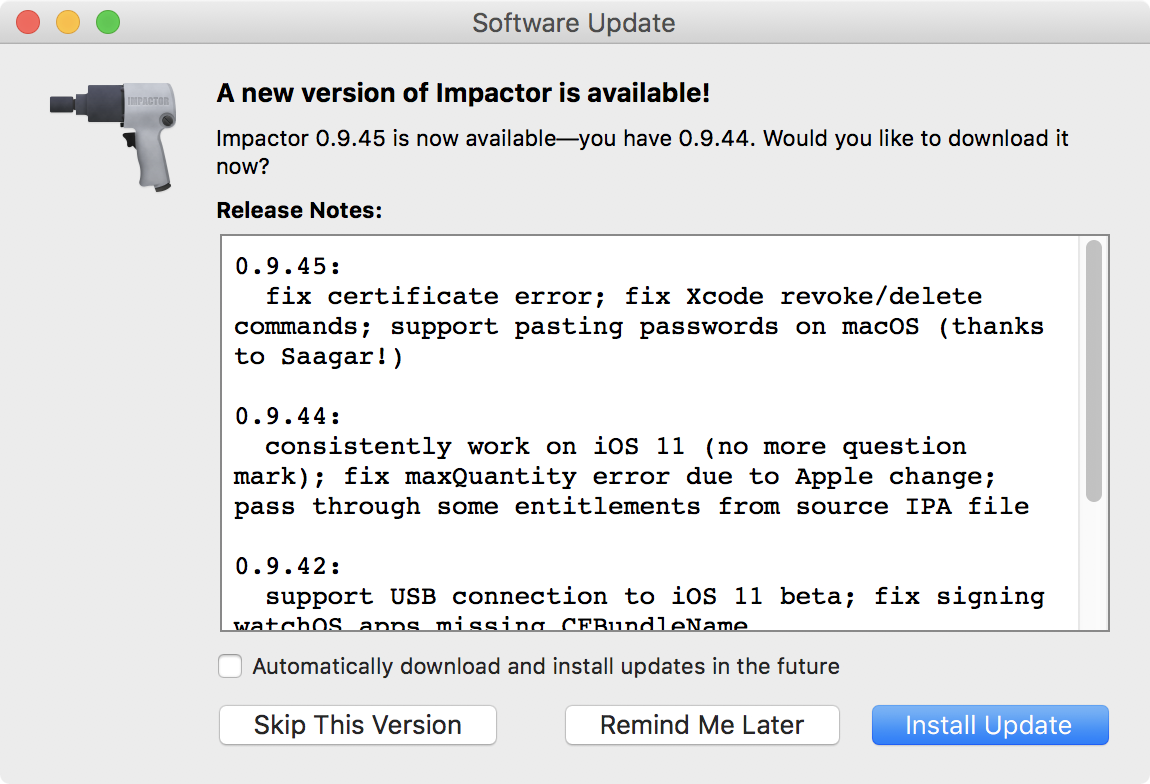 On Sunday, Cydia creator Jay Freeman (Saurik) issued a modest update for his Cydia Impactor utility for Mac, Windows, and Linux with bug fixes and improvements.

One of Cydia Impactor’s primary use is to side-load jailbreak apps for modern tools such as Electra, Meridian, and Yalu, but a recent issue involving authentication resulted in users receiving error code 160 when attempting to use the utility.

As a bonus, Cydia Impactor for macOS now better supports pasting passwords into the utility for user convenience.

Cydia Impactor should automatically prompt most to install the update the next time the utility is opened. If it doesn’t, then you can manually download the latest version from the official web page.

Did this update fix any problems you were having with Cydia Impactor? Let us know in the comments.