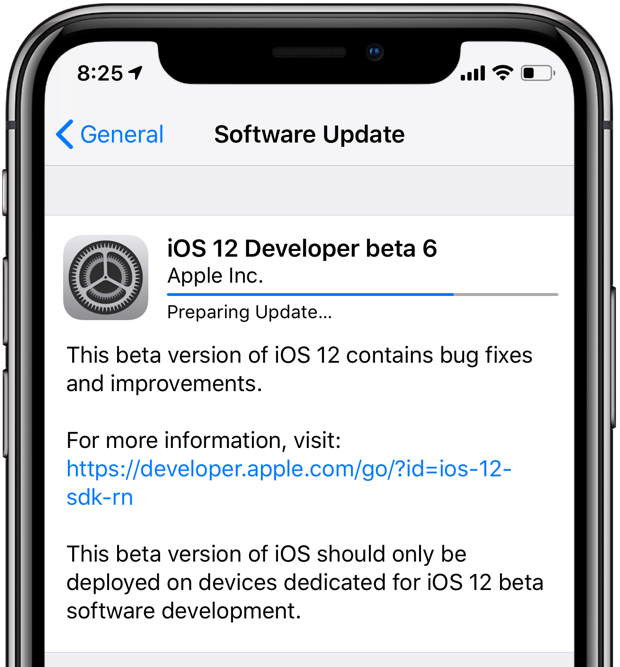 Registered developers and members of Apple’s Developer Program can download and install an over-the-air update by going to Settings → General → Software Update on their iOS device.

Apple TV owners, go to Settings → System → Software Updates → Update Software. If you own an Apple Watch, apply the update by tapping My Watch → General → Software Update in the companion Watch app on your paired iPhone (the phone must be on iOS 12 beta 6).

The previous iOS beta did not bring out new outward-facing user features or any notable improvements, but that didn’t stop enthusiasts from unearthing evidence of a new dual-sim iPhone X Plus (it’s China-only) and phone call support for HomePod.

Here are the build numbers for the releases:

While Apple typically releases these beta OS updates biweekly, it’s not unusual for the company to either skip a week or release a week earlier, as it did this time around.

For those wondering, iOS 12 beta 6 came with the following new features:

At this stage, most of Apple’s efforts are focused on fixing bugs and improving general software stability. As anecdotal as it may be, I’ve personally found the fifth beta of iOS 12 and watchOS 5 to be one of the worst one in terms of stability and features support (this may explain why we’re seeing the latest betas for iOS 12 and watchOS 5 earlier than expected).

Be sure to share any novelty you may find in these OS releases down in the comments.