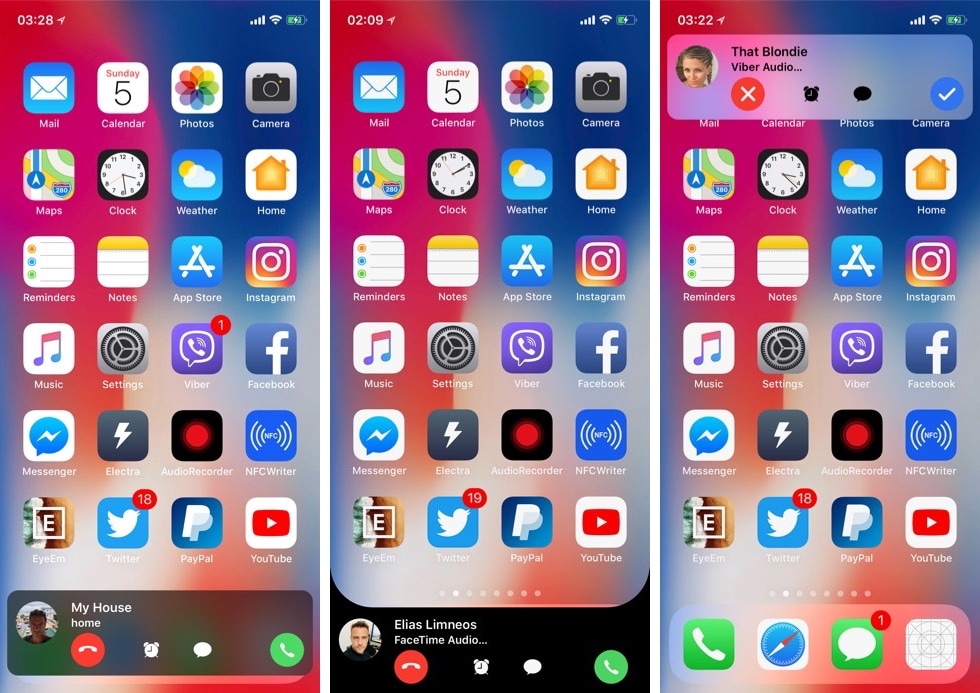 CallBar by iOS developer Elias Limneos was perhaps one of the most popular jailbreak tweaks ever conceived for the iPhone. The tweak replaces iOS’ full-screen incoming call interface with a substantially less intrusive incoming call banner with integrated call options.

Given CallBar’s popularity, it should come off as exciting news that Limneos officially launched CallBar X for iOS 11 in Cydia this week. Following in its predecessor’s footsteps, CallBar X makes the incoming call experience more convenient for those sporting jailbroken iOS 11 devices.

As shown in the screenshots above, CallBar X supports both dark and light modes and includes configurable aesthetics to suit your needs. CallBar X also plays nicely with native phone calls, FaceTime calls, and VoIP calls from popular third-party apps such as Viber. 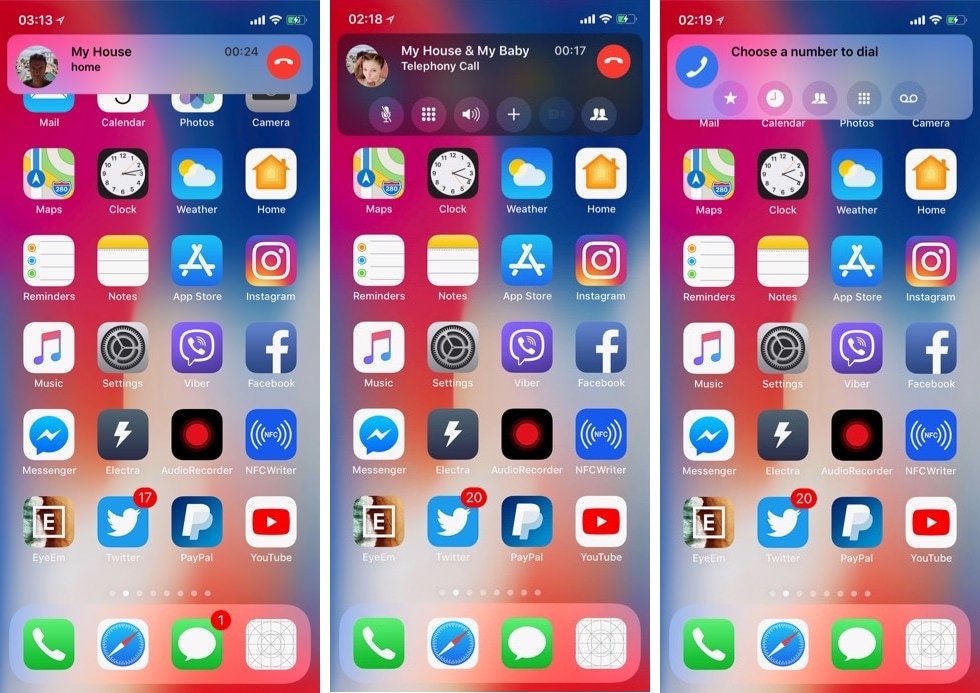 Whenever you receive incoming phone calls from any of the aforementioned services, the tweak presents you with a non-intrusive banner rather than a full-screen takeover that includes controls for responding to the call. These include answering, ignoring, setting a reminder, and getting back with a text message.

After you’ve taken a call, the CallBar X interface preserves iOS’ in-call functions, such as ending the call, muting the microphone, accessing the dial pad, adjusting the volume, and more.

As you might’ve guessed already, such a popular tweak isn’t without its options to configure. You’ll find them in the Settings app after installation:

I’ve long considered CallBar to be a staple for jailbroken devices, and CallBar X is no exception to that rule. In fact, it’s almost mind-boggling that Apple hasn’t provided a similar call-answering mechanism right out of the box given the apparent advantages presented by it.

If you agree and would like to get your hands on CallBar X, then you can download it right now from Cydia’s BigBoss repository. Upon installing it, you can visit the tweak’s preference pane to activate it for $3.99. Unfortunately, there are no upgrade discounts for those that own previous versions of CallBar.

Do you think CallBar X improves the incoming call interface in iOS 11? Share why or why not in the comments section below.