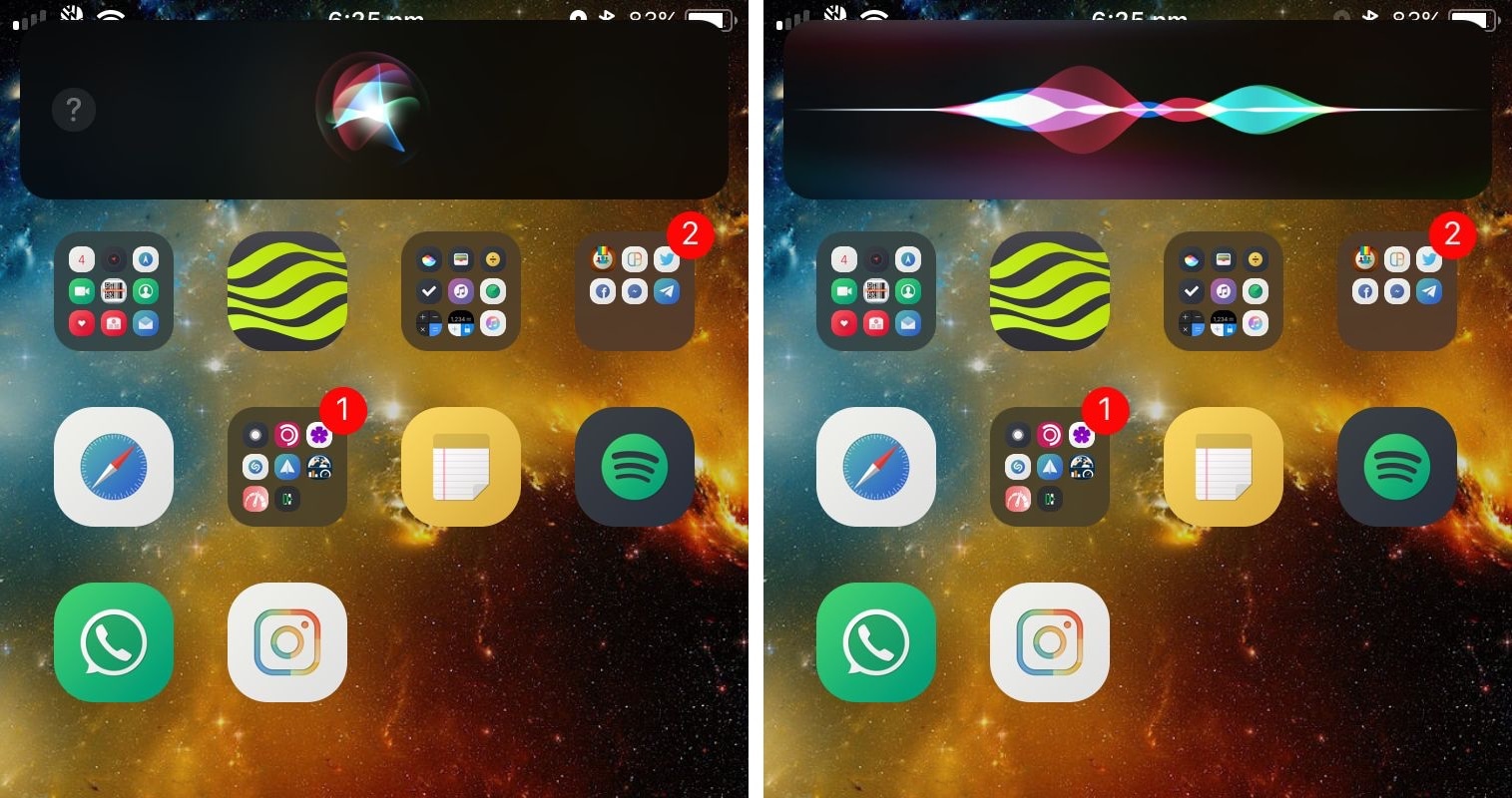 Siri makes for a useful hands-free voice assistant on the iPhone and iPad, but the full-screen interface that appears after calling upon her assistance tends to be somewhat intrusive.

SmallSiri is a new free jailbreak tweak by iOS developer Muirey03 that solves this problem by making the Siri interface roughly the same height as a standard notification banner.

You can see how the tweak impacts the Siri interface in the screenshot examples above; and for reference, here’s what Siri looks like out of the box:

Right off the bat, the smaller interface reminds us of the Siri interface used in macOS, as it remains constrained to a relatively small portion of the display. The tweak retains all the stock animations as you speak to Siri, keeping things consistent with Apple‘s rule of design.

As you might come to expect, SmallSiri is an aesthetic tweak and doesn’t do much to impact Siri’s functionality. Nevertheless, the tweak lets you read things while talking to Siri and continue your workflow, making it easier to conduct research whenever your query is too long and confusing to remember without a visual reference.

As some users have already pointed out, SmallSiri seems to prevent search results from appearing in the Siri interface correctly, but it still works well with voice commands for everyday actions, such as sending text messages, opening apps, etc.

A future update could fix this minor gripe in the future, but if you can live without search results for the time being, then don’t hesitate to test the tweak out for yourself.

If you’re interested in trying SmallSiri, then you can download it for free from Cydia’s BigBoss repository. The tweak works with jailbroken iOS 11 devices.

Will you be shrinking your iPhone’s Siri interface with SmallSiri? Share in the comments below.