Your iOS device comes with display dimming settings out of the box, but they aren’t very robust. Those looking for additional flexibility in this department might take an interest in a new jailbreak tweak release called Dimid by iOS developer LonestarX.

With Dimid, you’re no longer limited to the chintzy display dimming options Apple provides in iOS. Instead, the tweak augments the experience with a slew of new customization options.

When you install Dimid, you’ll find a new preference pane in the Settings app: 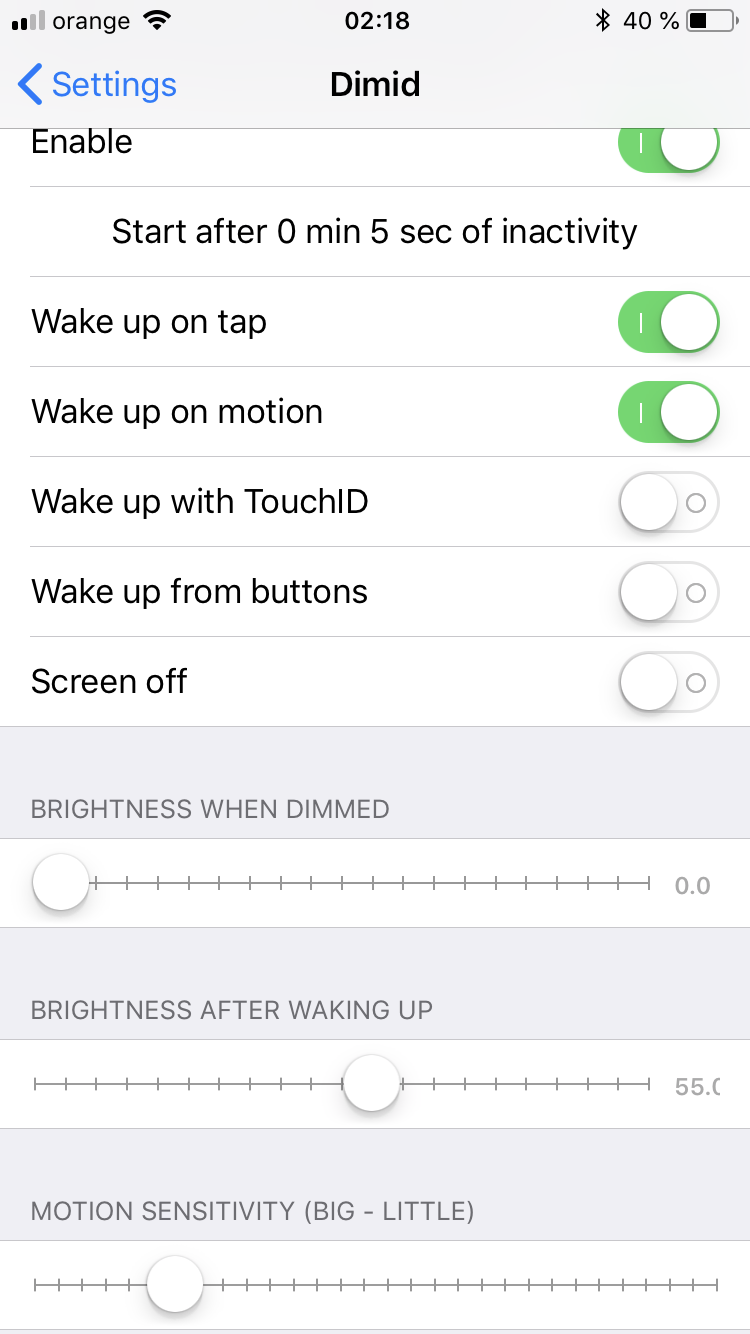 Dimid’s extensive feature set promises a significantly better display dimming experience than what you’d come to expect on a stock device. Adding icing to the cake, the developer provides a handy dark mode-compatible Control Center toggle for turning the tweak on or off on demand:

If you’re fed up with the stock display dimming options in iOS, then Dimid might be worth trying. It’s available from Cydia’s HASHBANG repository for $1.49 and works with all jailbroken iOS 11 devices.

Will Dimid be the next tweak you try on your jailbroken device? Let us know in the comments section below.