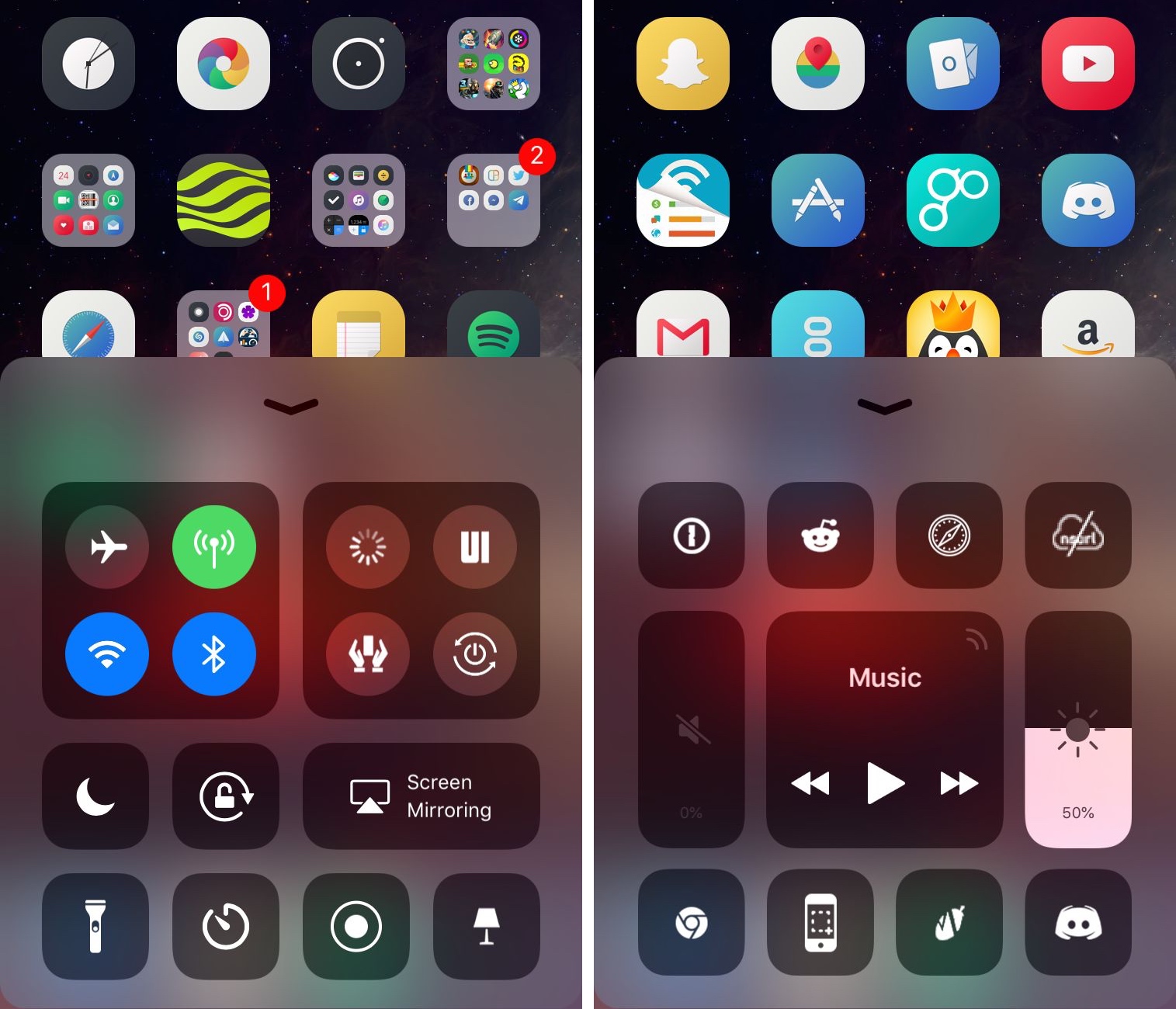 The modular Control Center interface in iOS 11 is great because you can customize the toggles and shortcuts that appear there. Unfortunately, Apple limits the how many you can have, and that’s where a new jailbreak tweak called Duo by iOS developer Muirey03 comes into play.

As the name “Duo” infers, this tweak gives you a secondary page in Control Center that provides additional space for more toggles and shortcuts.

A second page should be more than enough for someone that is only using Apple’s stock Control Center toggle and shortcut offerings. But citing the developer, the tweak really shines if the user is also taking advantage of Control Center-related add-ons like CCSupport and Silo.

Upon installing Duo, you can swipe left and right in the Control Center interface to move between pages. The tweak works best in portrait orientation, as it appears to exhibit a few bugs in landscape orientation.

Duo adds a preference pane to the Settings app where you can configure it after installation: 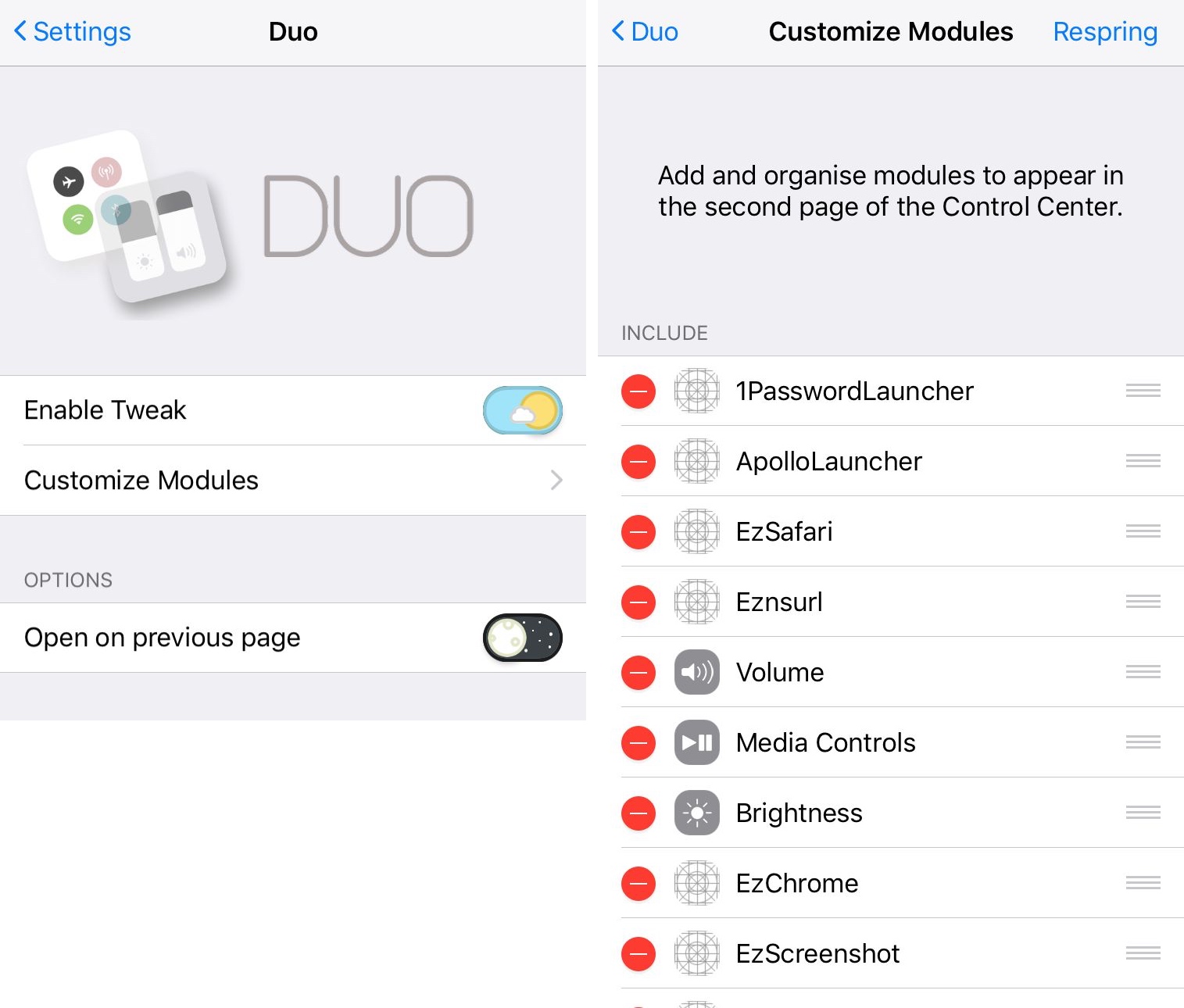 Just like with the first page of Control center, Duo allows you to re-order the contents of your second Control Center page in any way you’d like. You can also add and remove items in the future if you decide to change it up later.

If you feel like your Control Center interface is getting a bit too full, then Duo might be worth checking out. The tweak is a $1.00 download from Cydia’s Packix repository and works on all jailbroken iOS 11 devices.

Would you enjoy having a second page added to your Control Center in iOS 11? Share in the comments below.