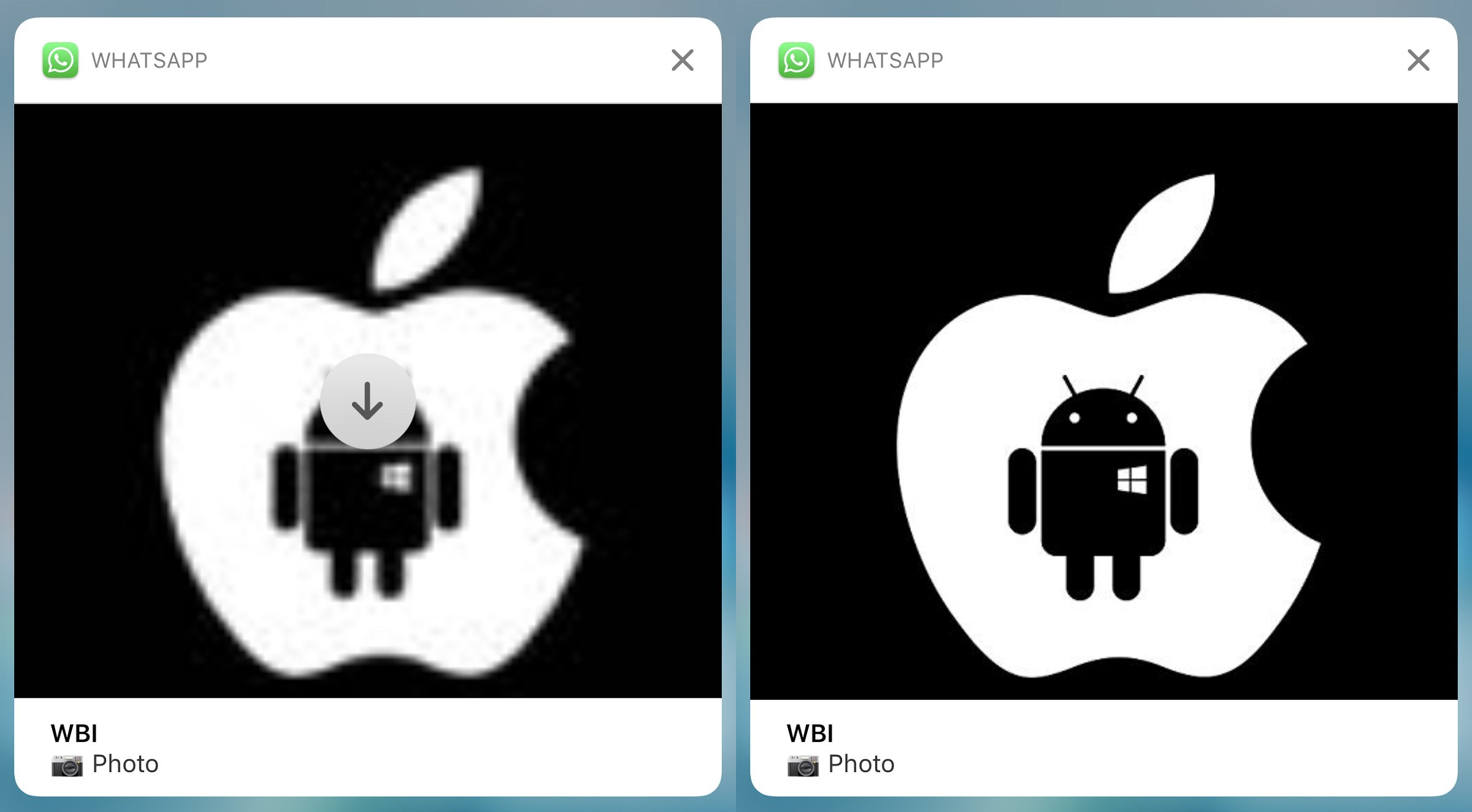 WhatsApp for iPhone today was bumped to version 2.18.80 on App Store. While no new features were mentioned in the changelog aside from the ability to send messages to groups, the update has apparently laid the groundwork for a new feature that a lot of users have been asking for for years now: full media previews in iOS notifications, including animated GIFs.

The notification even includes a handy option to download the full media preview in case you have disabled the automatic download option for attachments in your WhatsApp settings.

Rich notifications first debuted alongside iOS 10 so it’s likely that seeing full media previews in your WhatsApp notifications will require iOS 10 or later.

While this compelling new feature is still in development, it should be enabled in one of the future updates to the popular instant-messaging app.

WhatsApp for iPhone is a free download from App Store.