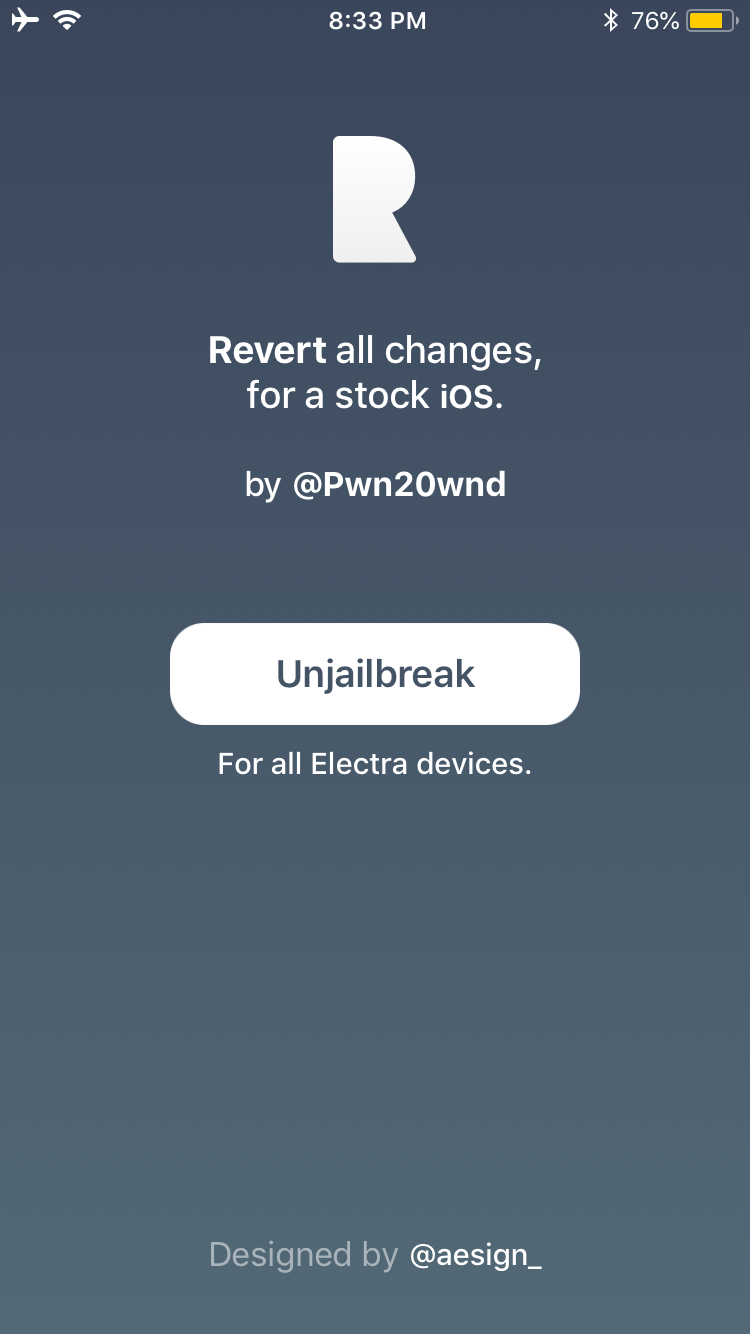 As expected, Electra Team member Pwn20wnd released the much-anticipated SemiRestore11/Rollectra utility on Monday, enabling any Electra1131 user to completely un-jailbreak their device with the tap of a button.

SemiRestore11/Rollectra is a free download from Cydia’s Packix repository, and should also be accessible from the Electra Team’s upcoming Cydia replacement, Sileo. 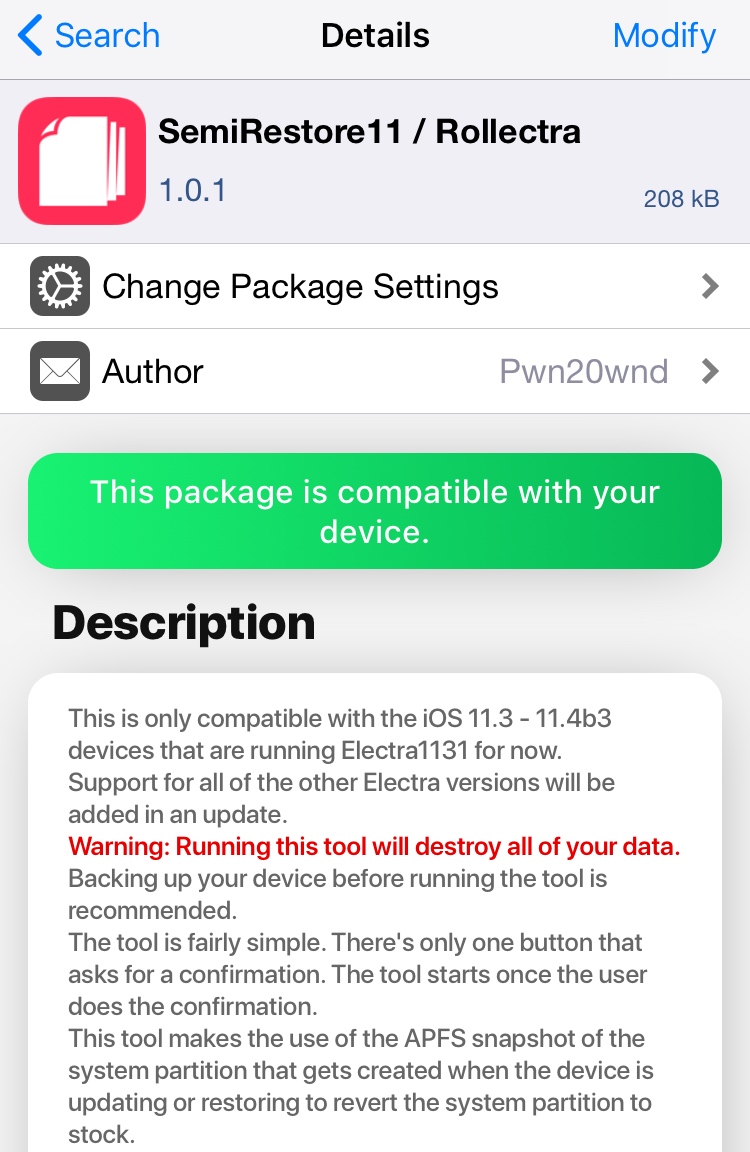 When you install the utility, you’ll find a new icon on your Home screen, like so: 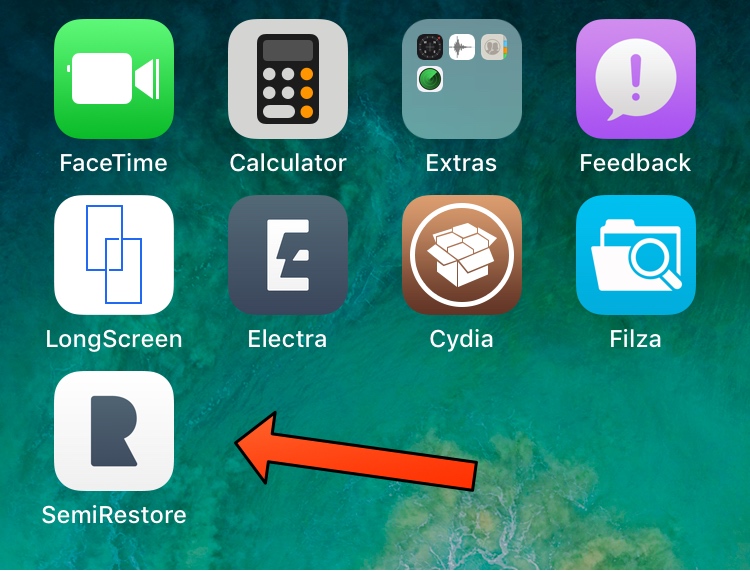 Opening it presents you with a straight-forward single-button interface. Tapping on the “unjailbreak” button starts the un-jailbreaking process, which purportedly uses APFS snapshots and mobile_obliterator to roll your device back to a stock and unmodified state. 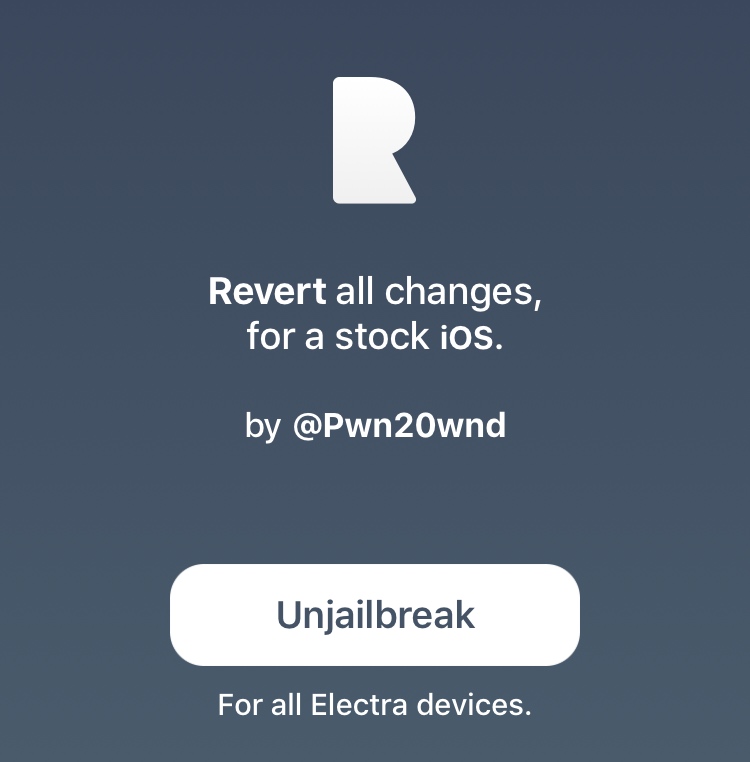 Citing Pwn20wnd, the process SemiRestore11/Rollectra uses is “very safe,” and shouldn’t yield any problems during the process. Furthermore, it doesn’t matter if your firmware is being signed or if you have blobs saved – the un-jailbreaking method should work either way.

Additionally, many that have used the tool report that it works more quickly than Cydia Eraser, which was released by Saurik a few years ago to un-jailbreak earlier versions of iOS.

One thing to note is that SemiRestore11/Rollectra destroys and erases any personal data stored on your device, so you should consider backing up your data with iCloud or iTunes before proceeding if you don’t want to lose your data.

With an official un-jailbreaking method for the popular Electra1131 jailbreak now available, it’s easier than ever to start from scratch or to prepare your jailbreakable device for sale.

Have you tried SemiRestore11/Rollectra yet? Let us know in the comments section below.