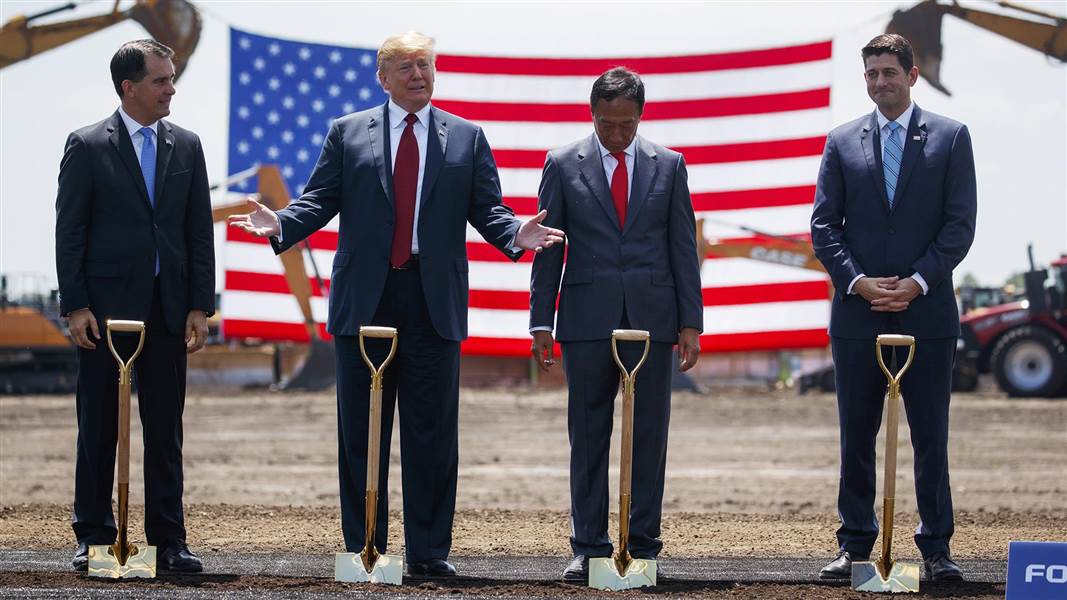 As expected, Foxconn on Thursday broke ground on a new 20 million-square-foot complex in Wisconsin that will make LCD panels. The project, first announced in 2017, could bring thousands of new jobs to the midwest state.

The first Foxconn facility in the United States is expected to cost $10 billion. At first, it’s supposed to create 3,000 jobs, though that number could climb to 13,000.

Once completed, the Foxconn plant will produce LCD displays for the United States market. However, to date, it isn’t clear whether any of those displays will end up on Apple products. Though Foxconn assembles the majority of iPhones in its China facilities, Apple currently gets screen panels from Samsung, LG, and Japan Display.

When this project was announced last year, government officials said the state and local municipalities would kick in $3 billion to lure Foxconn to the state. Just this week, it was announced that number had grown by $1 billion.

The extra $1 billion going to Foxconn comes from municipalities who added their own sweeteners to land the plant.  The town and the county where the facility will be built, Mount Pleasant and Racine County, offered a $764 million incentive package. Wisconsin then added another $134 million to the tab to improve state highways and local roads in the area around the Foxconn site.

For its part, Foxconn says it is “fully committed to this significant investment and to meeting our contractual obligations with the relevant government agencies.” In doing so, CEO Terry Gou has promised to pay back part of the costs to the state if the company doesn’t fulfill its promises.

The company is responsible for paying back the rest of the costs.

Nearly $2.85 billion of the first incentives includes tax credits that only kick in once Foxconn fulfills its promise on hiring and capital investment and $150 million in sales-tax exemptions.

Do you expect the Wisconsin plant to eventually become part of Apple’s supply chain? Let’s hear your thoughts below.