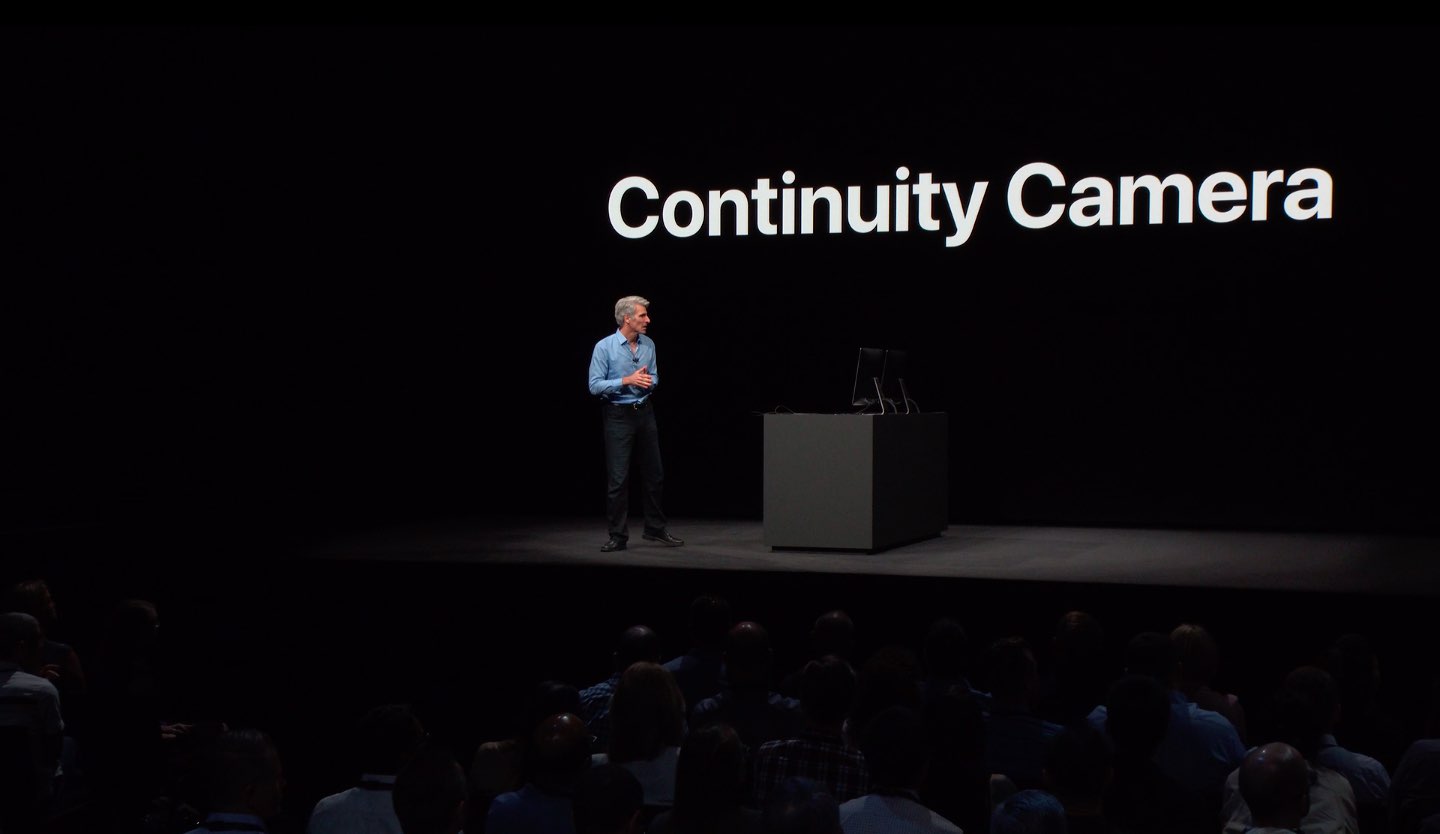 macOS Mojave sports a super useful little gem of a feature, called Continuity Camera, for taking photos or scanning documents with an iPhone or iPad’s camera that automatically appear in a document on your Mac, right where you asked for them.

This happens without the need to sync or manually transfer anything between devices.

We encounter and use so many devices around us all the time.

To help bridge the chasm between mobile and desktop, Apple began building Continuity features into iOS and macOS a few years back. With Continuity Camera, you take a picture or scan a document nearby using an iOS device’s camera and it appears instantly on your Mac.

This is much easier than trying to use your Mac’s camera to get the job done. 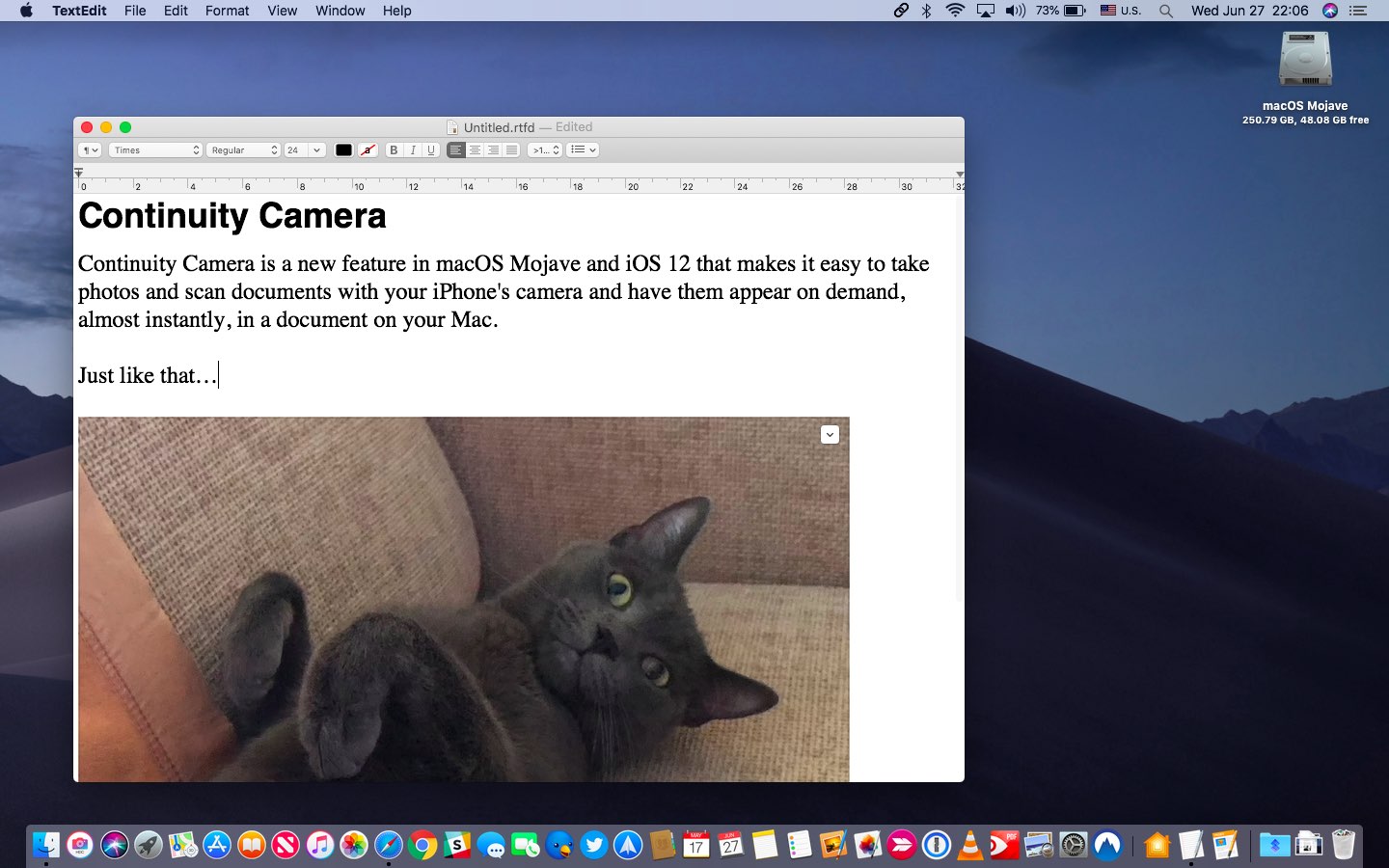 Be sure that your devices meet the minimum system requirements for Continuity.

Continuity features require that both devices be signed in to the same iCloud account and have Wi-Fi and Bluetooth toggled on. Keep in mind that the devices don’t need to be connected to a Wi-Fi network in order for Continuity Camera to work.

How to insert images from iPhone in Mac apps

To add an image or scanned documents from an iPhone to your Mac, do this:

1) On your Mac, open a document or create a new one.

2) Position the cursor where you’d like to inject an image into the document. 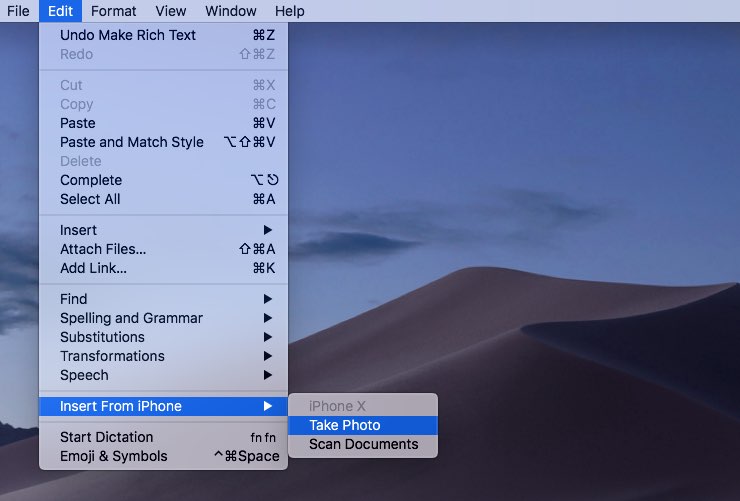 3) In the Edit menu, click the sub-menu Insert from iPhone and choose an option:

NOTE: If you have an iPad or iPod touch, the wording of the menu option will match your device’s name accordingly. Folks with multiple iOS devices will see the Take Photo and Scan Documents options listed separately underneath each device heading.

TUTORIAL: How to rename your iPhone or iPad

A mini-overlay anchored to the insertion point instructs you to take an image or scan a document using your selected iOS device. To abort the operation, hit Cancel on your iOS device or in the mini-overlay on the computer. 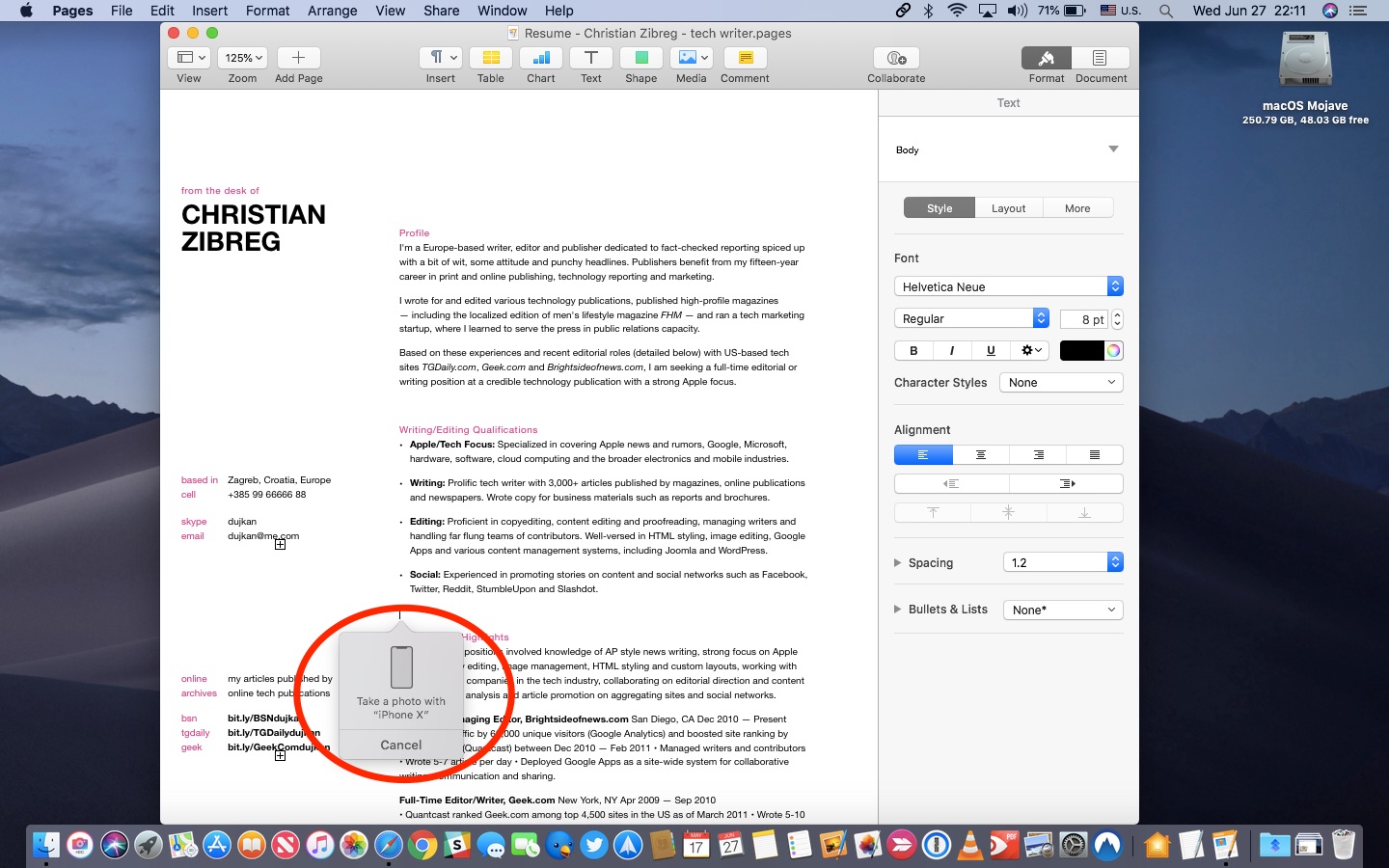 4) Your iOS device’s camera immediately springs into action, ready to take a photo.

Take a photo by tapping the shutter button on the iOS device, then choose Use Photo to have it automatically inserted into the document on your Mac, or tap Retake to take a better one. 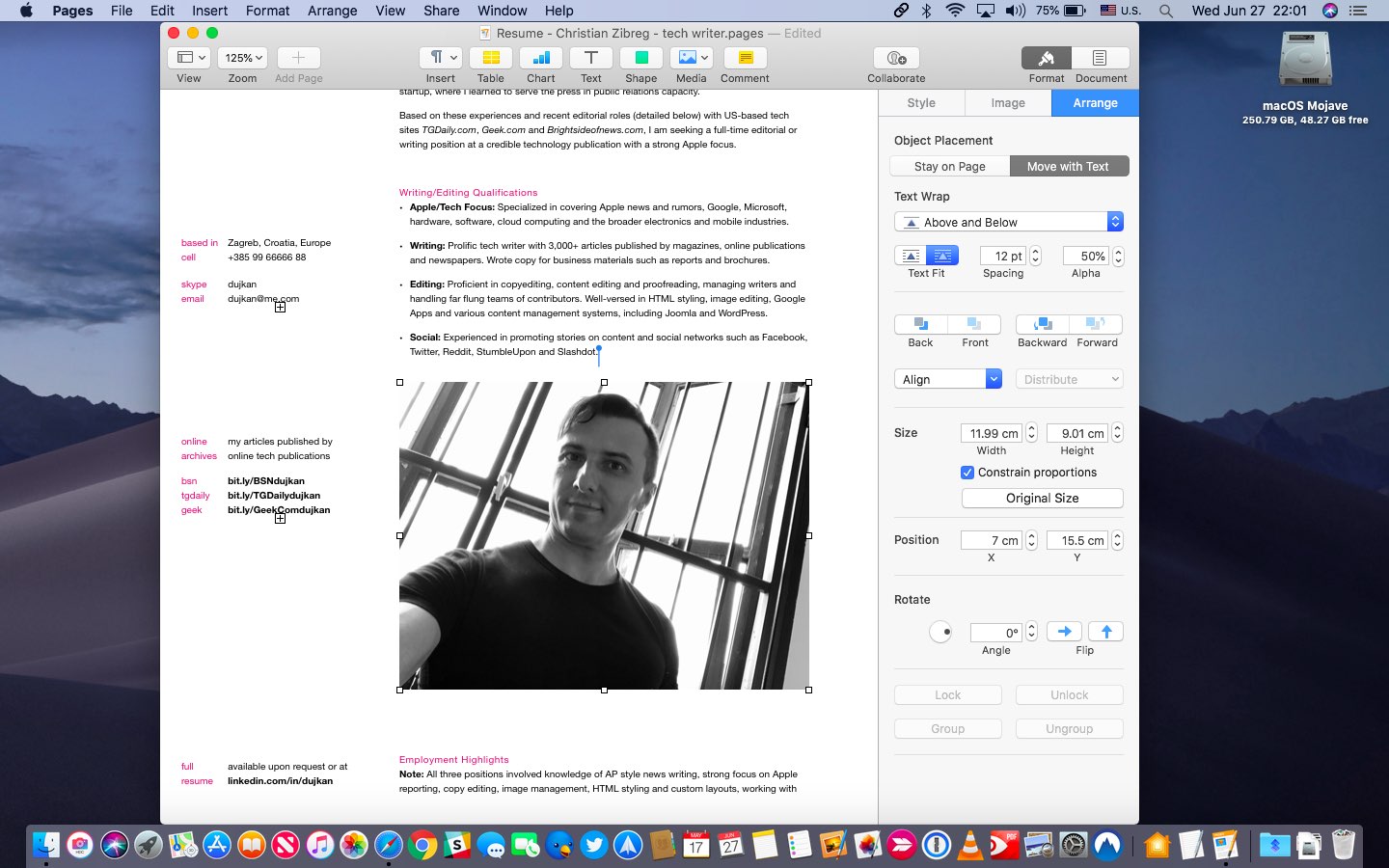 The interface provides basic shooting features, including enabling flash, switching between the front and rear camera and using optical or digital zoom.

When using an iOS device as a document scanner, position the document in the viewfinder and hit the shutter button, then drag near corners to adjust the crop. Tap Keep Scan to get back to the previous screen and scan additional pages or Retake to redo the scan.

When done, tap Save to automatically insert the scan right where you asked for it on your Mac. 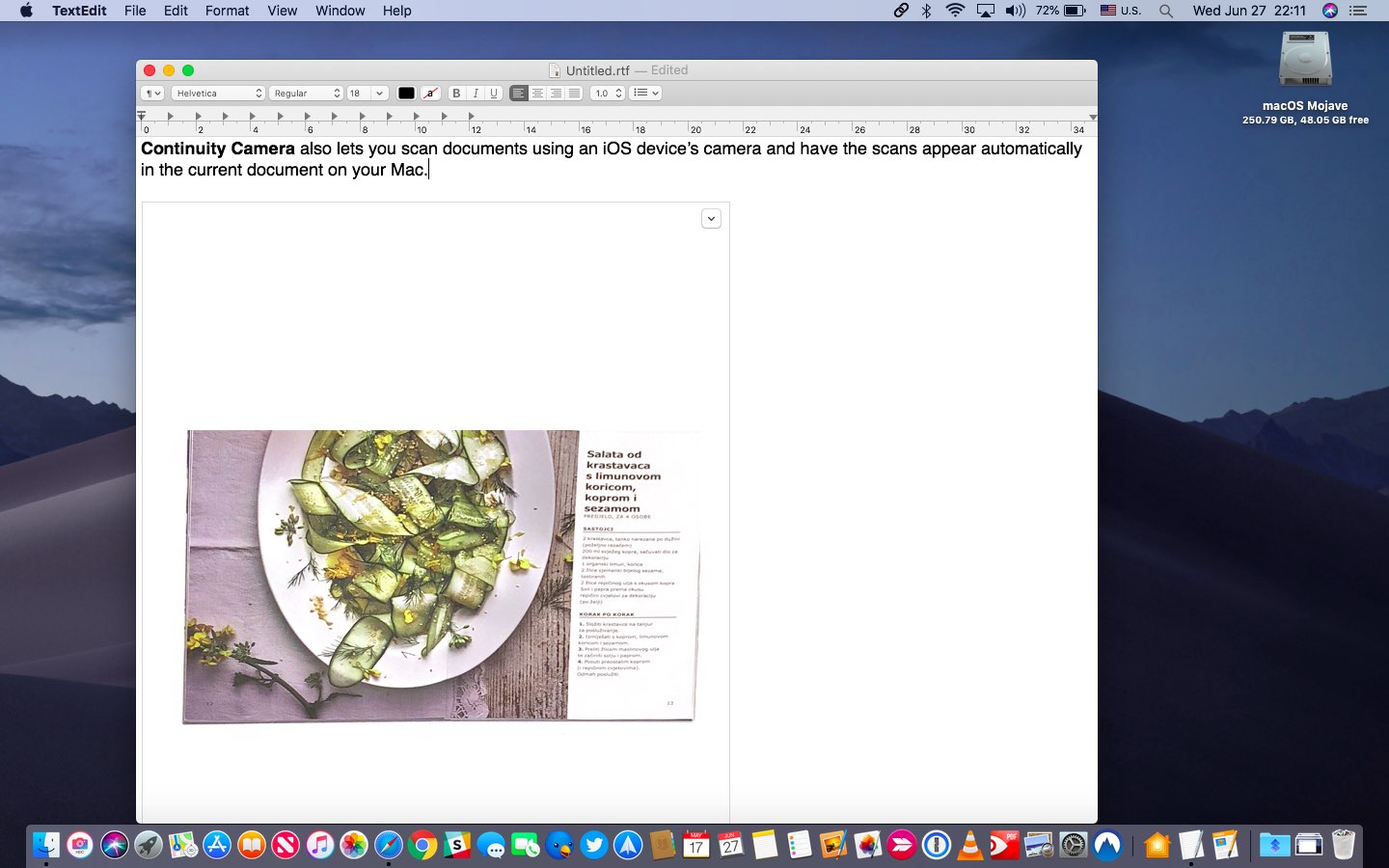 Scans are auto-saved in Photos. Delete them to save storage space on your iOS device.

TUTORIAL: How to scan documents in the Notes app

The interface for scanning documents includes toggles for manual and automatic shutter along with a selection of image filters, like Color, Grayscale, Black & White and Photo.

In some apps, you can position the pointer at your desired insertion point, then right-click to select the option to take a photo or scan a doc from the contextual popup menu. 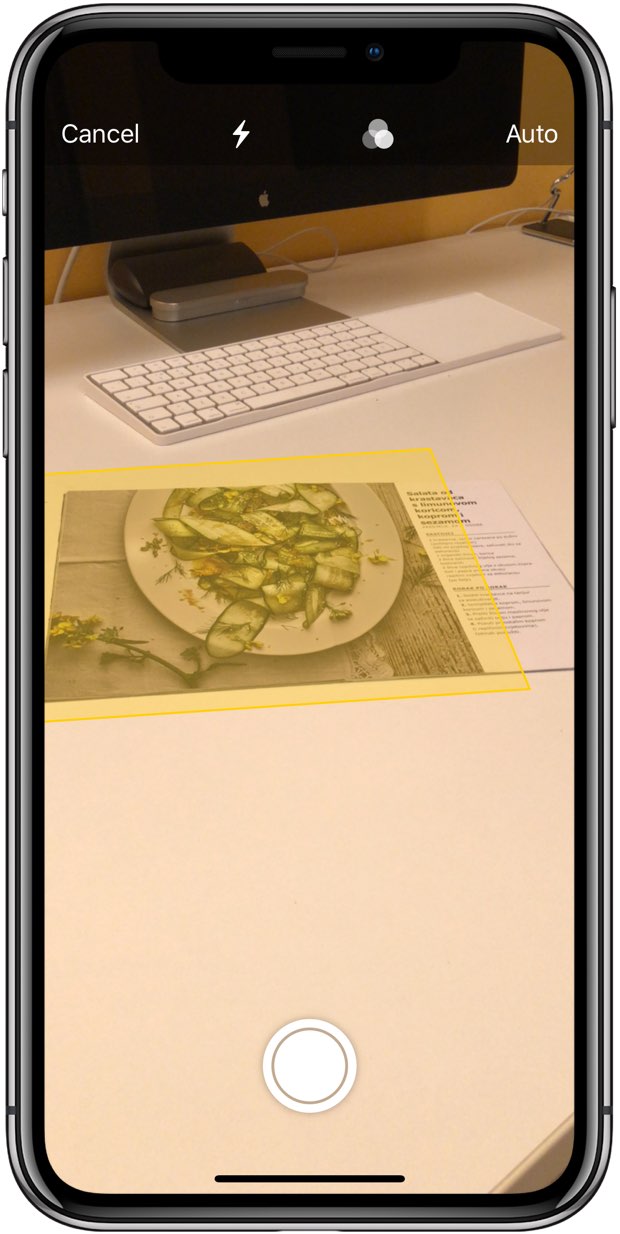 The interface for scanning documents with Continuity Camera

Again, you don’t need to sync or transfer anything to have a picture taken with your iPhone or a document scanned using your iPad Pro appear instantly on your Mac—it just works!