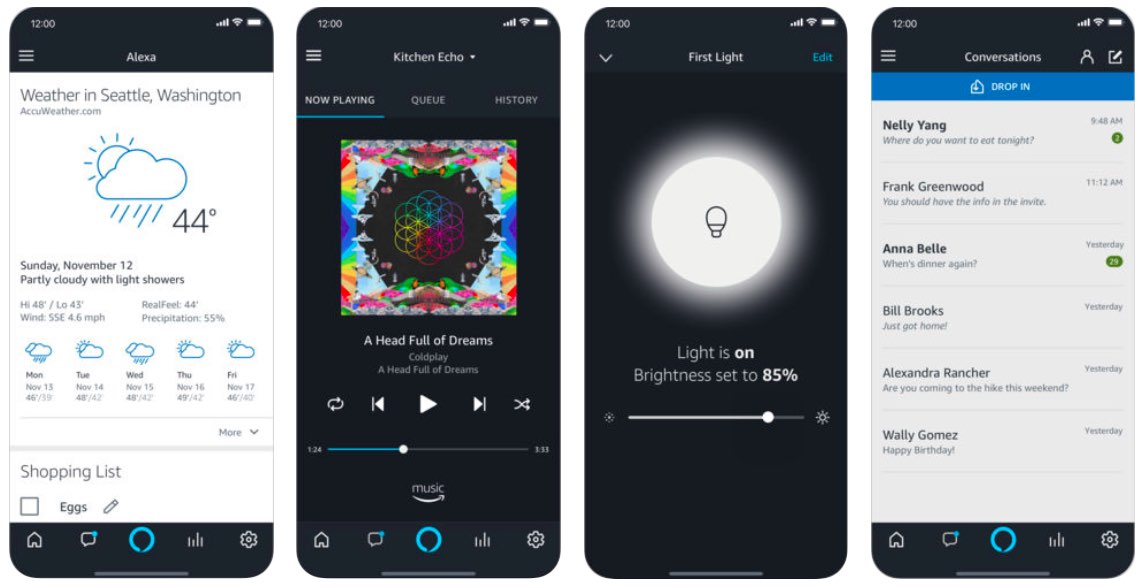 Following the introduction of voice controls in Alexa for Android back in January, Amazon today pushed an update to the iOS app featuring that same functionality. To get started, just tap the Alexa button in the refreshed software and use your voice to ask the smart assistant to play music, answer questions, check the weather and what not.

Queries like weather, sports, calendar and movies also offer up a visual component in the app.

According to TechCrunch, the new voice controls in Alexa for iOS will be rolled out to all iPhone, iPad and iPod touch users “in the coming days” as a free download.

Sadly, all third-party iOS voice assistant suffer from the same weakness that’s also Siri’s biggest competitive advantage: tight OS integration. Siri is embedded deep into the bowels of the operating system and can be summoned literally anywhere in iOS.

Third-party assistant, however, are not baked-in natively and are prohibited from always running in the background listening to the wake-up word. As a result, their voice control features are typically available only when using an app.

Alexa on Echo devices was blamed recently for listening to users’ conversation and sending recordings to a random coworker. The online retailer said that only happens on rare occasions.

TUTORIAL: How to create and use Siri Shortcuts

Alexa beats other digital assistants in terms of tight integration of “skills,” which are basically third-party extensions that let users ask Alexa to do something specific, although the implementation feels a lot to be desired.

Siri on iOS 12 is bringing a Shortcuts feature that lets users chain multiple commands into a custom Workflow-like script that triggers with a custom voice command.