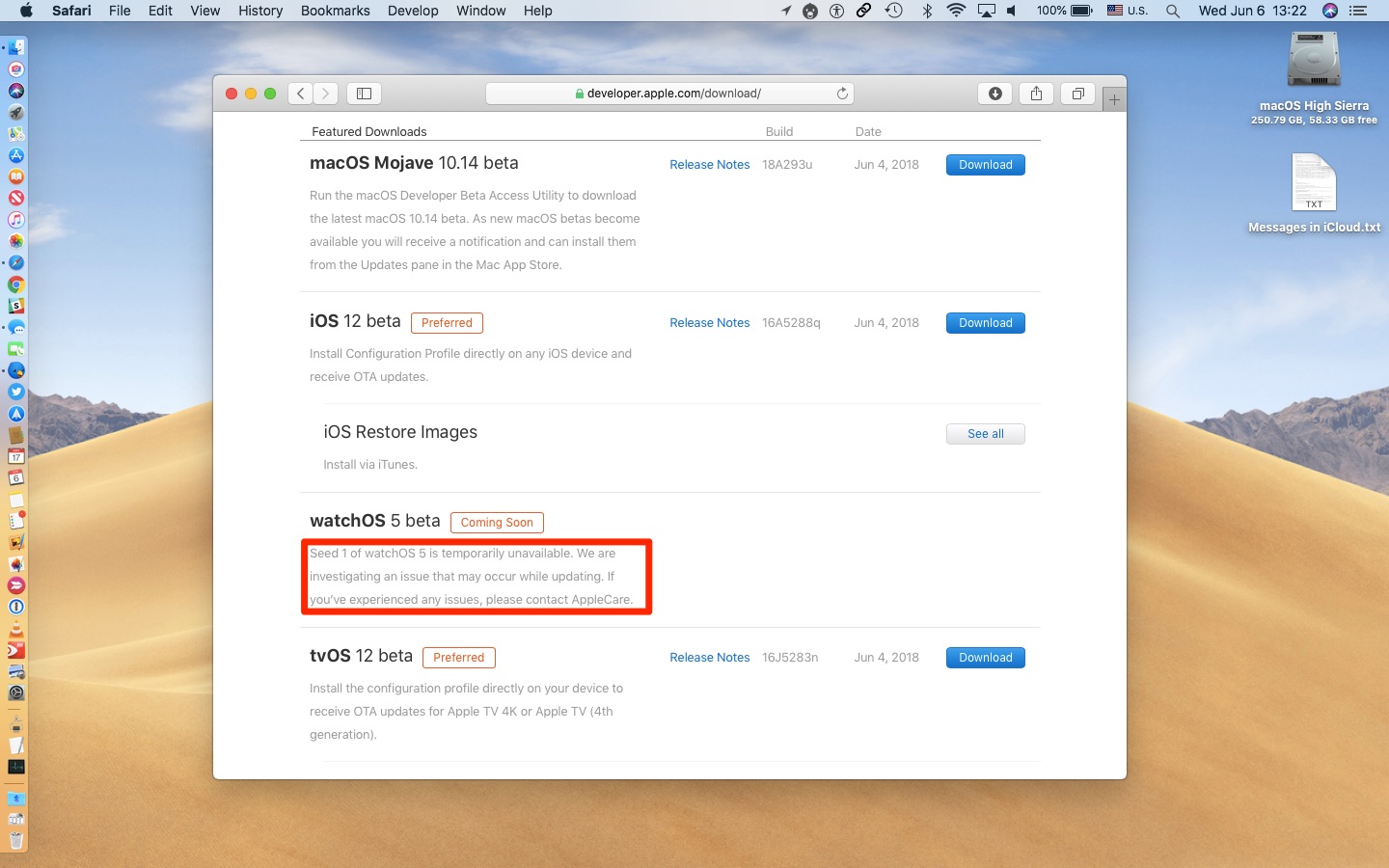 The first beta of watchOS 5 is plagued by installation issues that could brick Apple Watch devices so Apple’s decided to pull the software from its Dev Center portal for developers.

According to Reddit posters, some people have experienced an unexpected freeze halfway through their watchOS 5 installation, rendering their device inoperable. The problem appears to be particularly pronounced on Apple Watch Series 2 models.

This issue cannot be resolved without contacting AppleCare.

Until this issue is resolved, the watchOS 5 beta will remain unavailable. As a precaution, Apple has already pulled both the over-the-air watchOS 5 beta 1 installer and the appropriate configuration profile from its portal for developers until they get to the bottom of this.

“Seed 1 of watchOS 5 is temporarily unavailable,” reads a message on Dev Center. “We are investigating an issue that occurs while updating. If you’ve experienced any issues, please contact AppleCare.”

We’ll make sure to let you know when the beta returns.