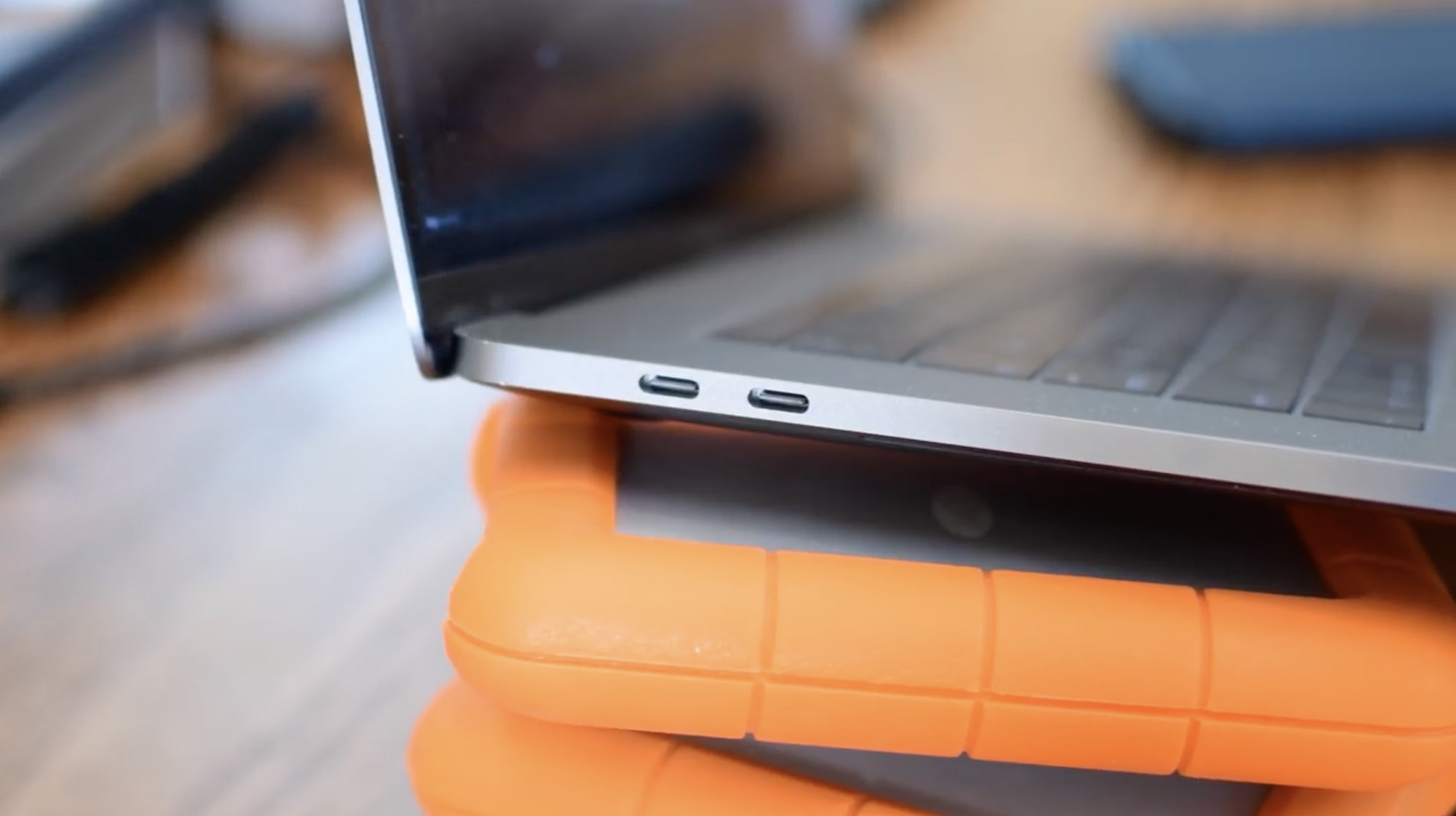 MacBook Pro inventory has begun to dwindle ahead of WWDC and now a more powerful device labeled “MacBookPro14,3” has appeared in supposed Geekbench listings, identifying the CPU as a six-core 2.21 GHz Core i7-8750H with Turbo Boost up to a whopping 4.1 GHz.

As per the leaked Geekbench scores first noted by French blog MacGeneration (Google Translate), the machine shows a single-core CPU score of 4,902 and a multi-core score of 22,316, an increase over the multi-core score of about 17,000 for the closest competition.

The benchmarked machine has been identified on Geekbench as having 32 gigabytes of DDR4 RAM, double the RAM of the current models. It’s also worth pointing out that the current MacBook Pro notebooks utilize the slower LPDDR3 RAM memory technology.

The Core i7-8750H part, a part of Intel’s Coffee Lake chip platform, has a lower base operating frequency than Intel’s CPUs that power the current MacBook Pro models, but makes up for it by being able to boost the cores’ clock frequency all the way up to 4.1 gigahertz versus Turbo Boost up to 3.9GHz on the current high-end MacBook Pros.

More importantly, it features six processing cores versus four cores in the flagship 2017 MacBook Pro models. Apple’s annual developers conference, which kicks off with a keynote later today, is said to focus on software like iOS, tvOS, macOS and watchOS software updates.

No new hardware is expected at WWDC, but Apple could still either update the MacBook Pro family during the keynote or announce the refresh via a press release shortly after.