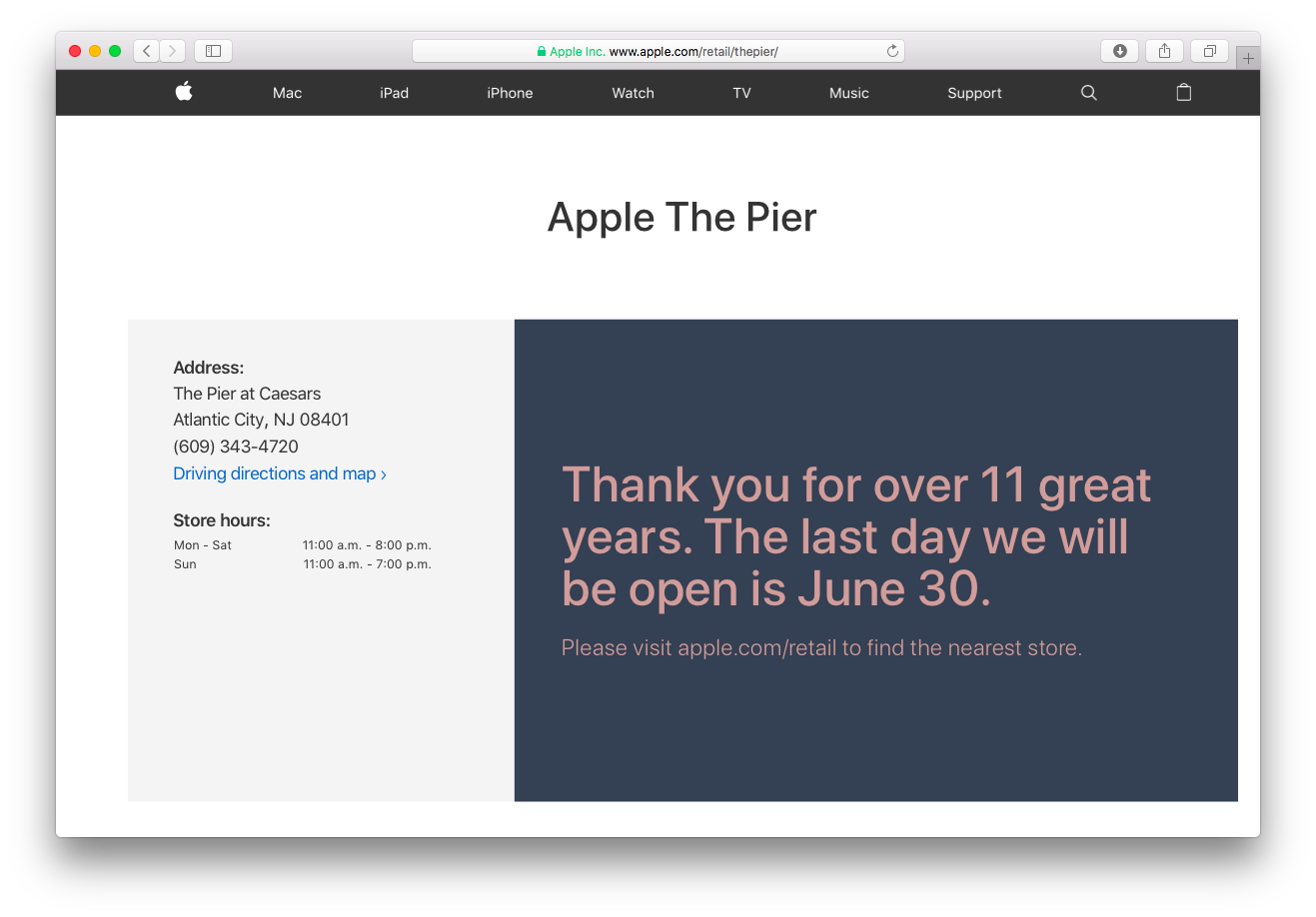 Apple in a rare movie is closing its retail store in Atlantic City, NJ, resulting in a small round of job cuts by the world’s largest technology company.

“Thank you for over 11 great years,” reads a message on the Apple Retail webpage. “The last day we will be open is June 30.” Bloomberg reported Mark Gurman first reported on the Atlantic City store closure this past Friday.

He said that the Cupertino technology giant, which runs more than 500 stores globally with over half located in the United States, filed a Worker Adjustment and Retraining Notification with the state of New Jersey for 52 employees who will be affected.

A company spokesman said in a prepared statement:

Due to a sharp decline in tourism and visitors to the area, we have made the difficult decision not to extend our lease. We are offering all of the store’s employees other jobs within Apple and we look forward to serving our Greater Atlantic City customers through our other southern New Jersey, Delaware Valley and Greater Philadelphia area stores.

The Pier store, as it’s known as, first launched in 2006. It was quite popular with tourists and locals due to its connection to the Caesars Atlantic City Hotel and Casino. The iPhone maker last closed a store in Simi Valley, California, for similar reasons.