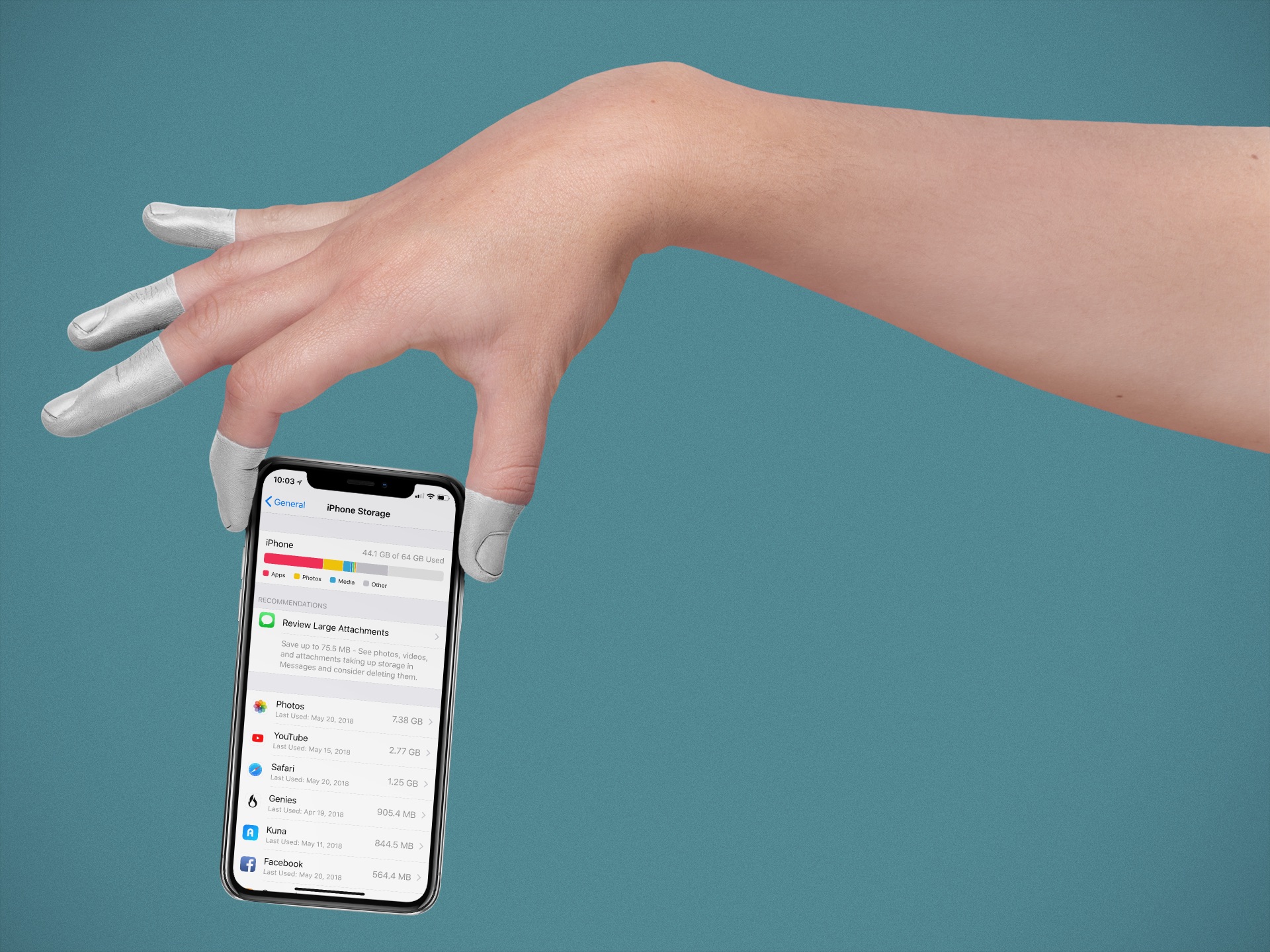 Apple makes it simple to find and delete unused apps. You know those apps; the ones you just had to have when they were first released, but are now collecting digital dust. Here are the steps.

Take a look at your iPhone and iPad. Look at all those apps. Do you still use them? How about those countless photo and weather apps you just had to have when they were first released or those games just sitting there waiting for you to say hello. Spring is an excellent time of year to free up space on your iOS device by deleting apps you no longer use. Let’s do this.

When did you last use the app?

1) To find the last time you used an iOS app, go to the Settings app under General > iPhone Storage. 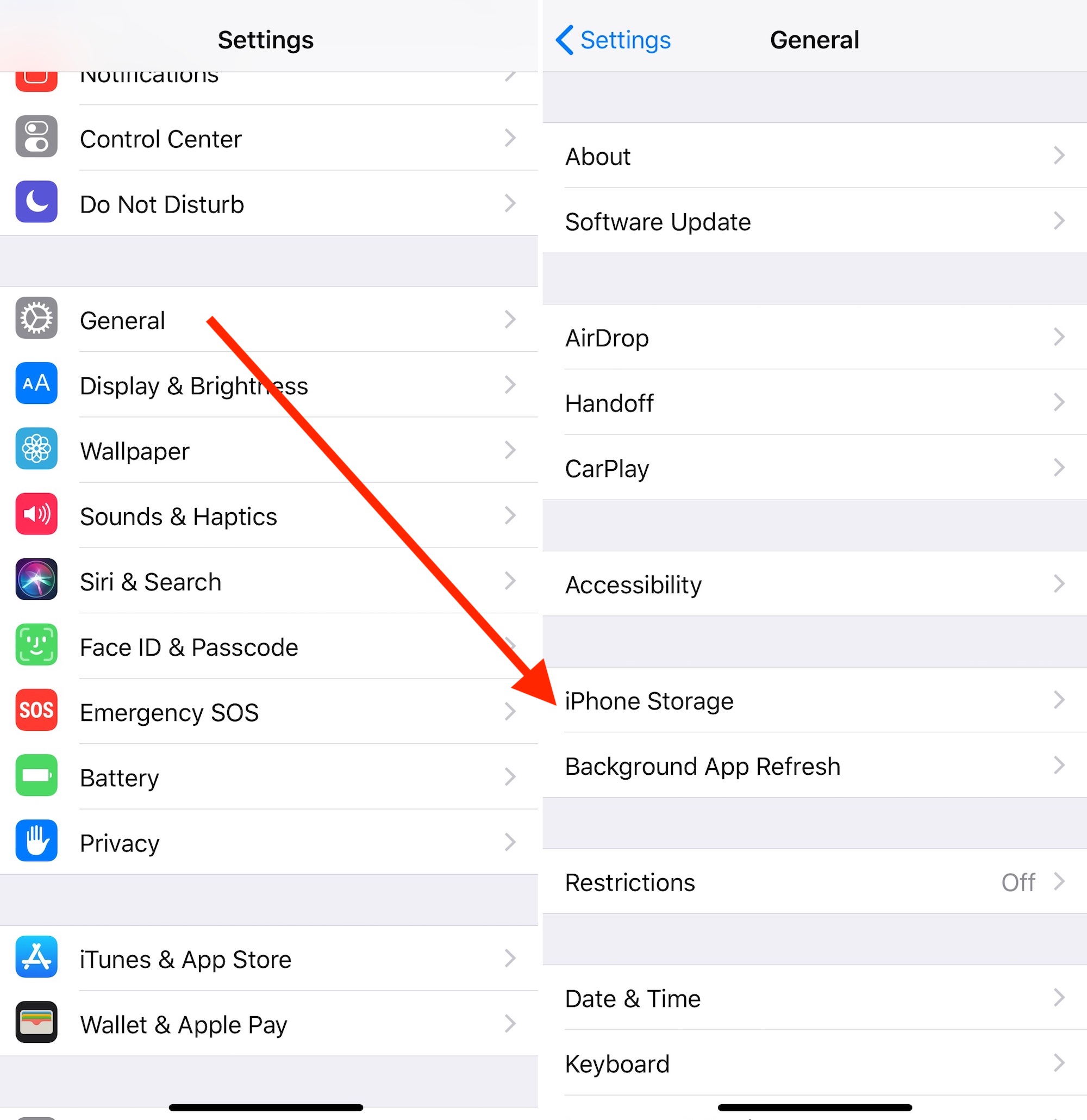 2) On the next screen, notice which apps take up the most space. These are arranged by the size of each app. Also, note the Last Used date, and, when applicable, apps marked as Never Used. 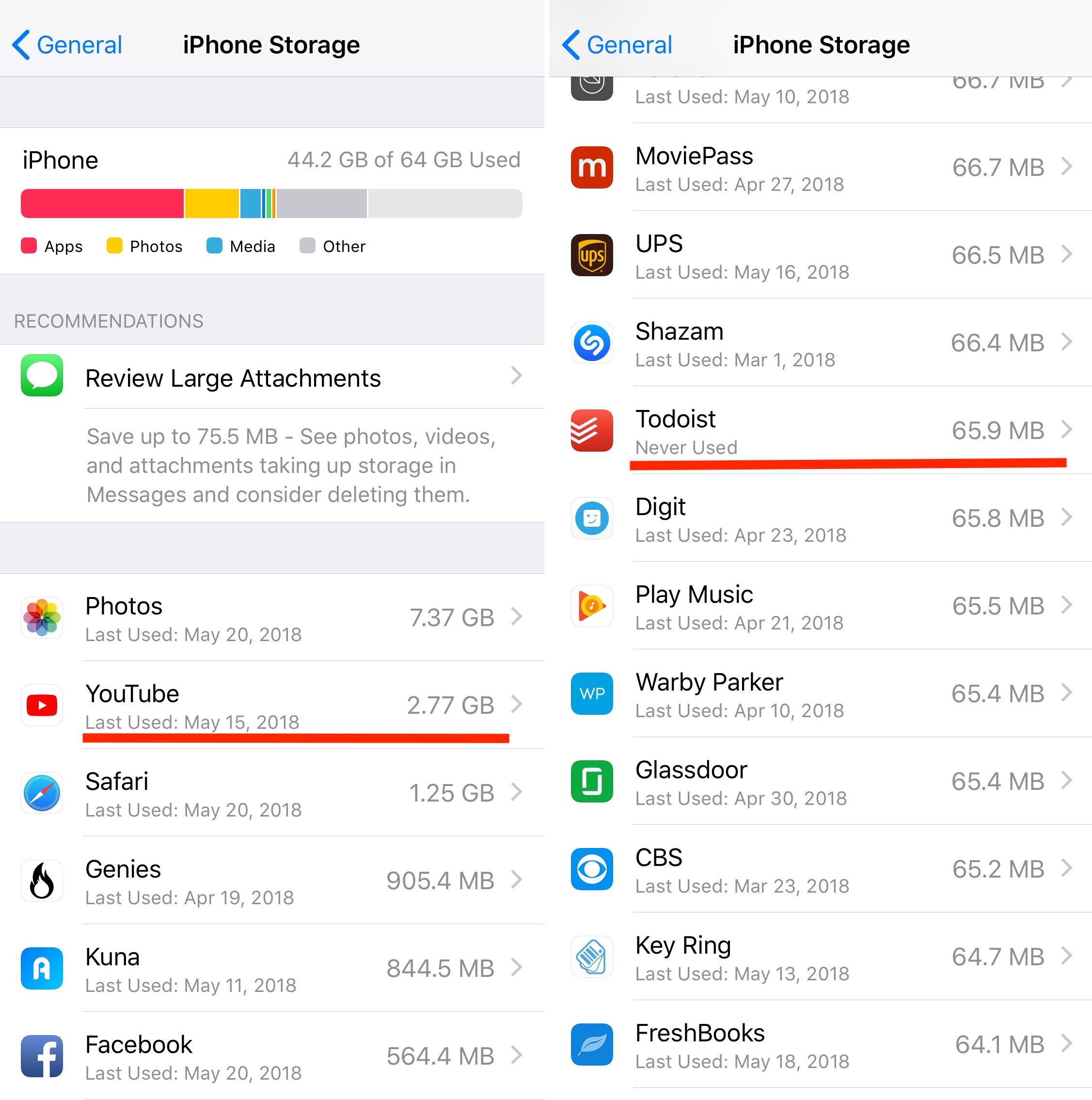 3) Tap on it the app you want to remove from your device and select Delete.

4) Confirm by tapping on Delete App.

As an unwritten rule, you should delete apps not used in the past six months, plus those Never Used. And if you’re short on storage space, remove the largest apps first. 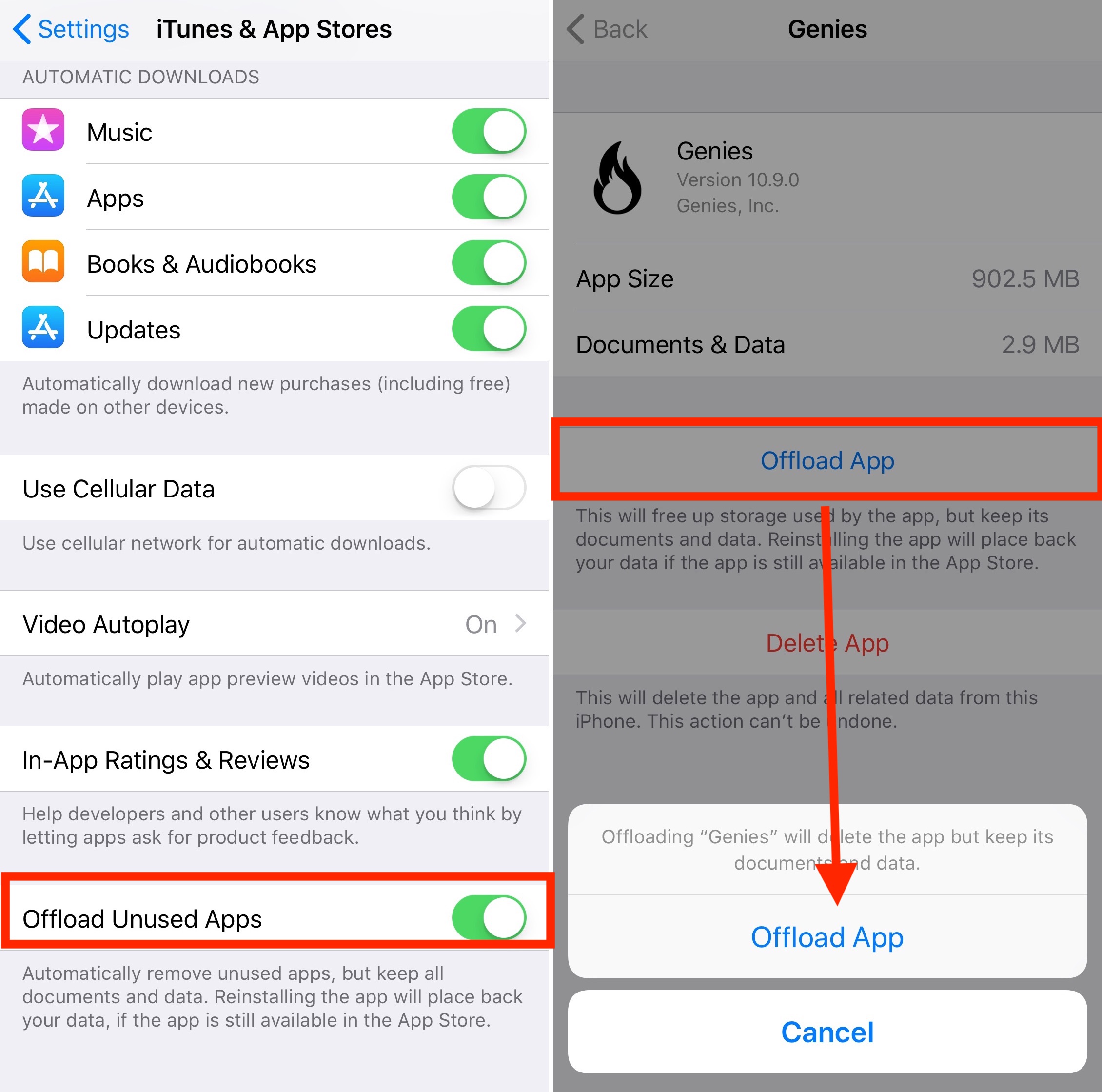 Apple also allows you to offload apps you have not used recently to save storage space. When enabled, this feature will offload apps after a period of no use but holds to your documents and data within these apps. You can redownload an offloaded app by tapping it’s grayed-out icon on the home screen.

You can always reinstall apps. To do so:

1) Go into the App Store app and tap on your photo representing your account, then tap Purchased.

3) On the next screen, find the app you want to reinstall. You can toggle All apps or Not on this iPhone apps.

4) Tap on the cloud icon next to the app you want to reinstall. 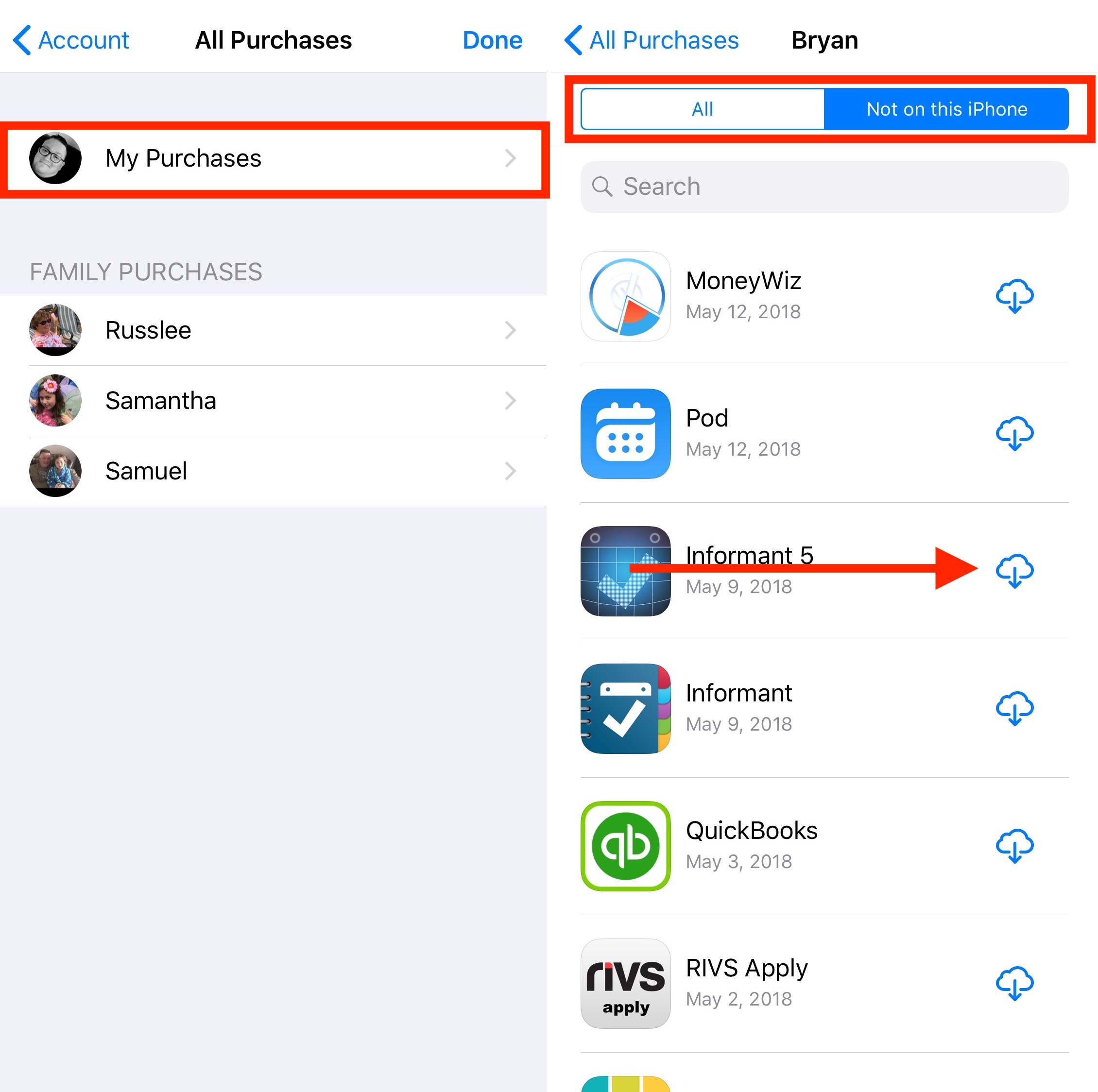 To delete unused apps, you just need to follow a few simple steps. What type of apps do you always seem to be deleting off your iPhone and iPad? Let everyone know below.