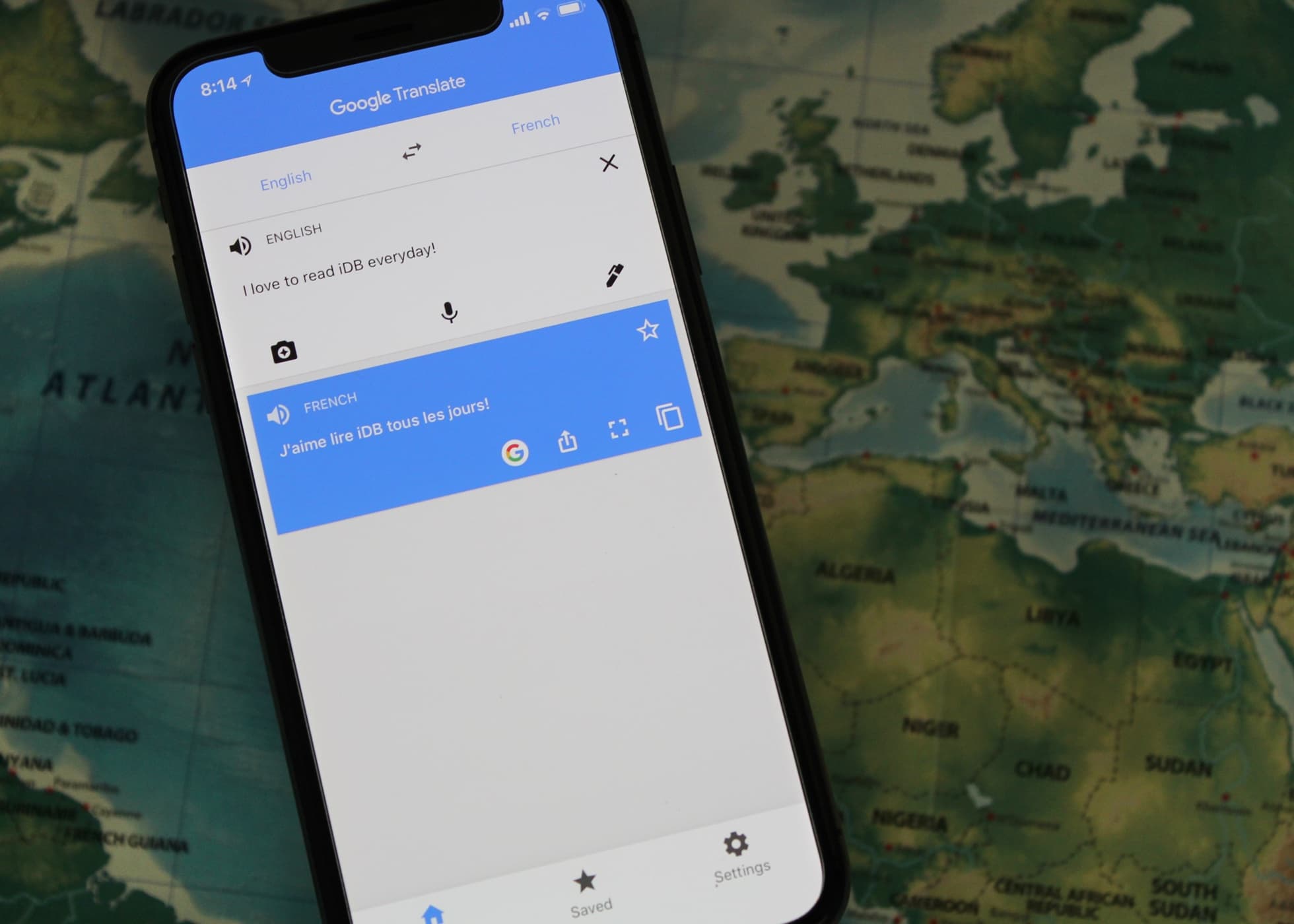 Communicating in different languages shouldn’t be a barrier. In a diverse world, being able to understand or make sense of different languages can be important. Thankfully, our smartphones have enough power, always-on internet access, and some powerful apps for helping bridge the language gap.

Whether it’s translating a text message, website, street sign, or menu, we’ve found some of the best apps for translating text, speech, and the world around you into something you can understand. 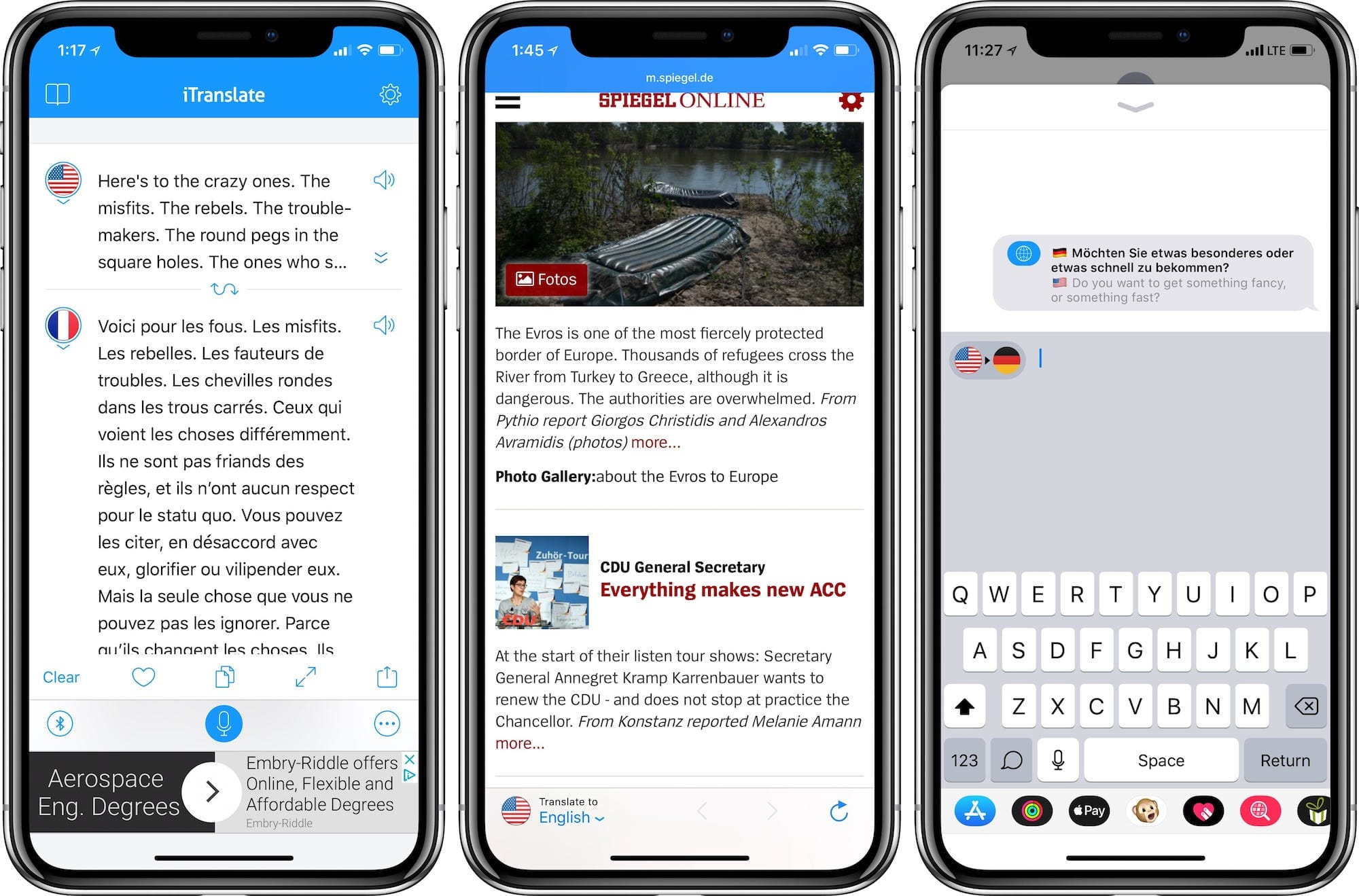 iTranslate has been around for a few years on iOS and offers a wide ranging set of features for translation. The iTranslate app allows you to type or paste in text from anywhere and translate between dozens of languages. iTranslate also allows for spoken word translation within the app. The speech screen is designed to make it easy for people speaking two different languages to communicate back and forth, translating either direction.

What makes iTranslate really stand out is the Apple Watch and iMessage app. With the Apple Watch app, you can get real-time translation directly on your wrist. Apple Watch translations can then be viewed on screen, or played out loud to help communicate more easily. This makes it great for traveling abroad, keeping your hands free and your phone safely tucked away.

A final powerful feature of iTranslate was added during the process of compiling this list – iTranslate Lens. With iTranslate Lens, you can get translations simply by pointing your phones camera at foreign text and snapping a photo. Within seconds, iTranslate offers up the converted text.

If you need access to translations in the most possible places, iTranslate is a great option, as long as you’re willing to pay for the subscription. 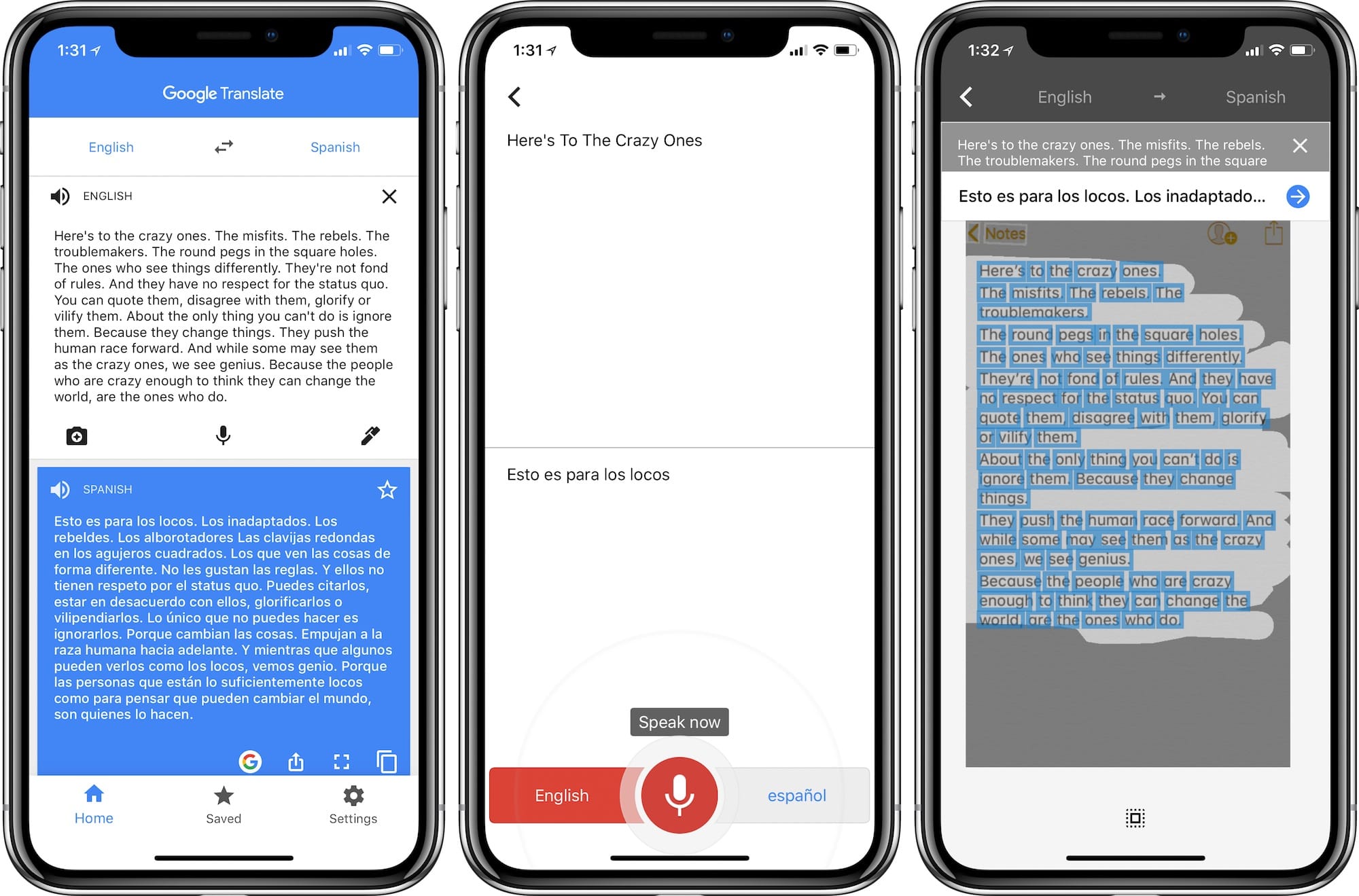 Google Translate is probably one of the most widely known and used translation services on the web. Their iOS app features basic translation of text for typed words, and speech-to-text translation in a conversation view. Their service offers a huge list of languages to translate to/from, and can also auto-detect the incoming language for faster translations.

Google takes translations a step further by allowing you to “write” on the screen and have handwriting converted to text and translated. This can be helpful for languages that require special characters or that are more precise (like Chinese).

One of the best, and most useful features of the Google Translate app is the translation camera. Open the camera within Google Translate and point it at unfamiliar text, and the app will translate it in real time to your desired language. This can be incredibly useful for reading signs, menus, or other printed material in a foreign language.

Google Translate has been the go-to for translations for people all over, and their iOS app is proof of why. It’s powerful, easy to use, and their camera-based translation is unmatched. 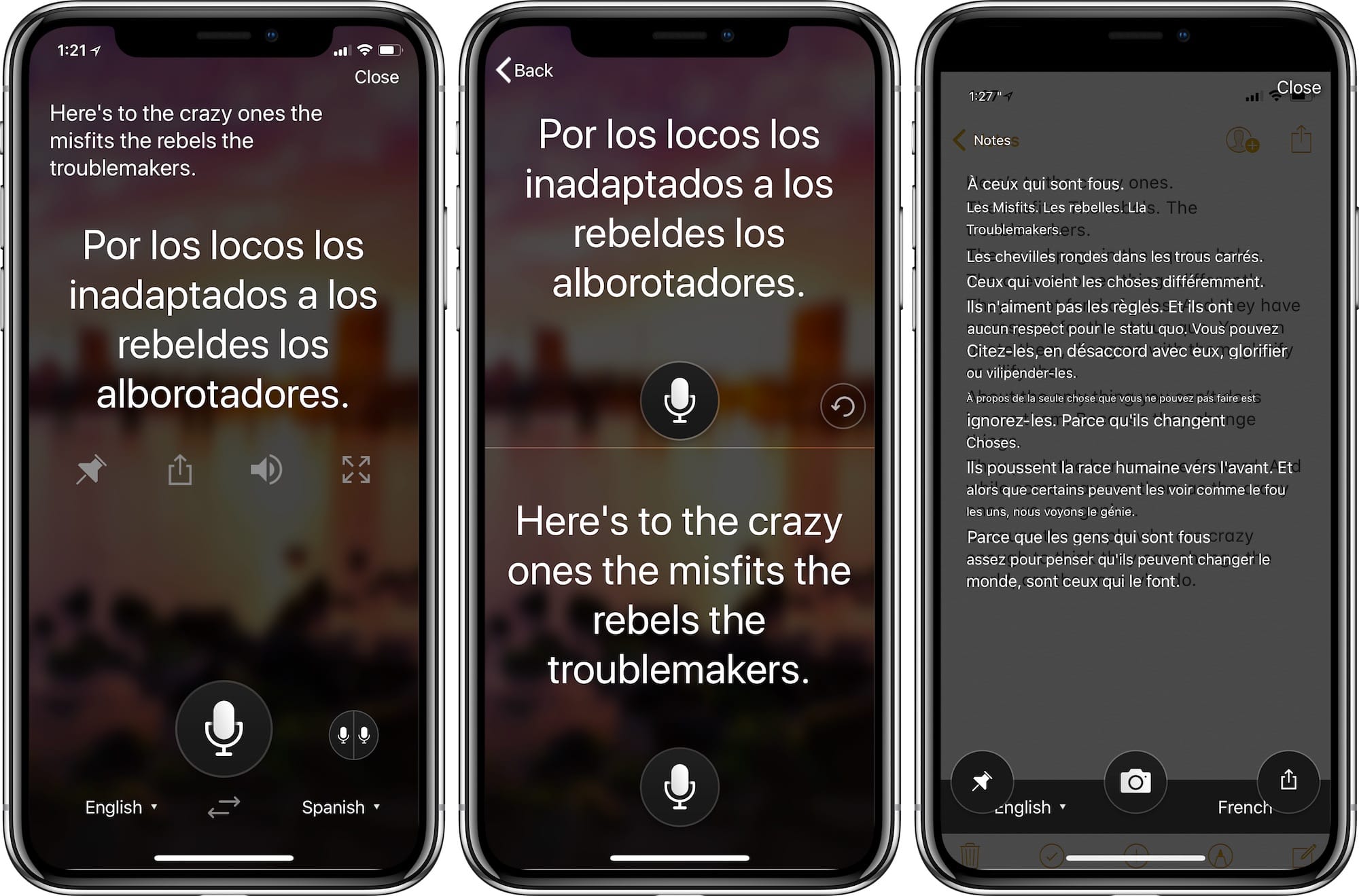 The Translator app from Microsoft offers the best blend of features from other translation apps on the App Store. The app is incredibly simple to use, and offers the typical voice-to-text and typed translations. It also packs an Apple Watch app, camera translation, and an excellent conversation translator.

The Apple Watch app provides quick access to pinned translations, allowing for easy access to your most needed phrases. It also gives quick voice-to-text translations (although audio playback experienced occasional crashes at the time of writing).

The camera translation is fast and reliable. One drawback of image/camera based translations is that they are not processed in real-time, but instead require a photo to be taken and then translated. This isn’t quite as seamless as a real-time image translation, but it is easier to read in the end.

The conversation mode in Microsoft Translator is ingeniously designed. Instead of turning the phone between two people having a mixed-language conversation, Microsoft presents it as a 50/50 split screen. Each person has a button to capture their language, and the opposite person sees the translation. This air-hockey-like translation is great for interacting more naturally in a two-language situation.

Microsoft Translator is a great example of Microsoft‘s ability to process data incredibly quickly in the cloud. The Translator app is great at providing accurate information in a user-friendly manner.

If you know any other great translation apps or have an app that helped you bridge a language barrier, let us know in the comments.