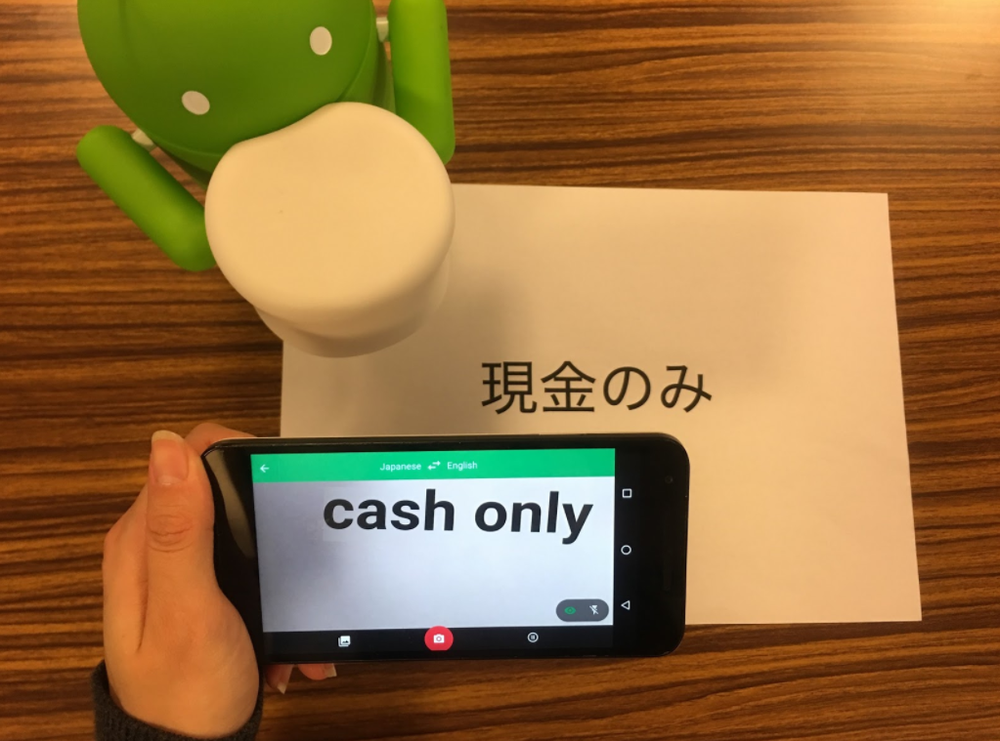 In addition to updating the Popular Times feature in Google Maps for iPhone and iPad with real-time data, the search giant also issued another noteworthy update, this one concerning its dedicated Translate app on App Store. Bumped to version 5.5, the free download can now translate photos of signs, menus and similar items from Japanese to English, and vice versa. That’s because its augmented reality feature, called Word Lens, has been updated to recognize Japanese content on photos and video.

“With Word Lens now available in Japanese, you’ll never have to worry about taking a wrong turn on a busy Shibuya street or ordering something you wouldn’t normally eat,” remarked Google.

Word Lens is pretty awesome: you just fire up the app and point your iPhone’s camera at a sign, menu or similar item to get an instant translation that’s overlaid on live video feed, often in exact typeface and style as the original sign. Best of all, Word Lens works without an Internet connection as all processing is performed directly on your device.

Word Lens is not perfect and there’s still more work to be done to improve upon its computer vision algorithm, but you really have to see it in action to appreciate its potential. Google Translate integrated Word Lens technology following Google’s acquisition of the standalone Word Lens app by Quest Visual more than two years ago.

Grab Google Translate for iOS for free from App Store.