Samsung Electronics is working on a foldable smartphone code-named “Winner” that will reportedly come outfitted with three 3.5-inch OLED screens, two inside and one outside, with the two inside panels forming a large seven-inch screen when the phone is unfolded.

The Korea Herald relayed a Friday report by local news outlet The Bell which offered additional tidbits about the rumored device. Allegedly, Samsung has recently informed its suppliers to kick off shipments of some crucial parts for the device from this November.

Considering the phone assembly takes about three months, a foldable Galaxy or whatever it ends up being called could be unveiled early next year, possibly at the Mobile World Congress in February 2019. Initial production volume has been slashed to about 300,000-500,000 units in an effort to minimize risk and gauge the phone’s marketability.

We know the project exists because Samsung’s executives have acknowledged it. 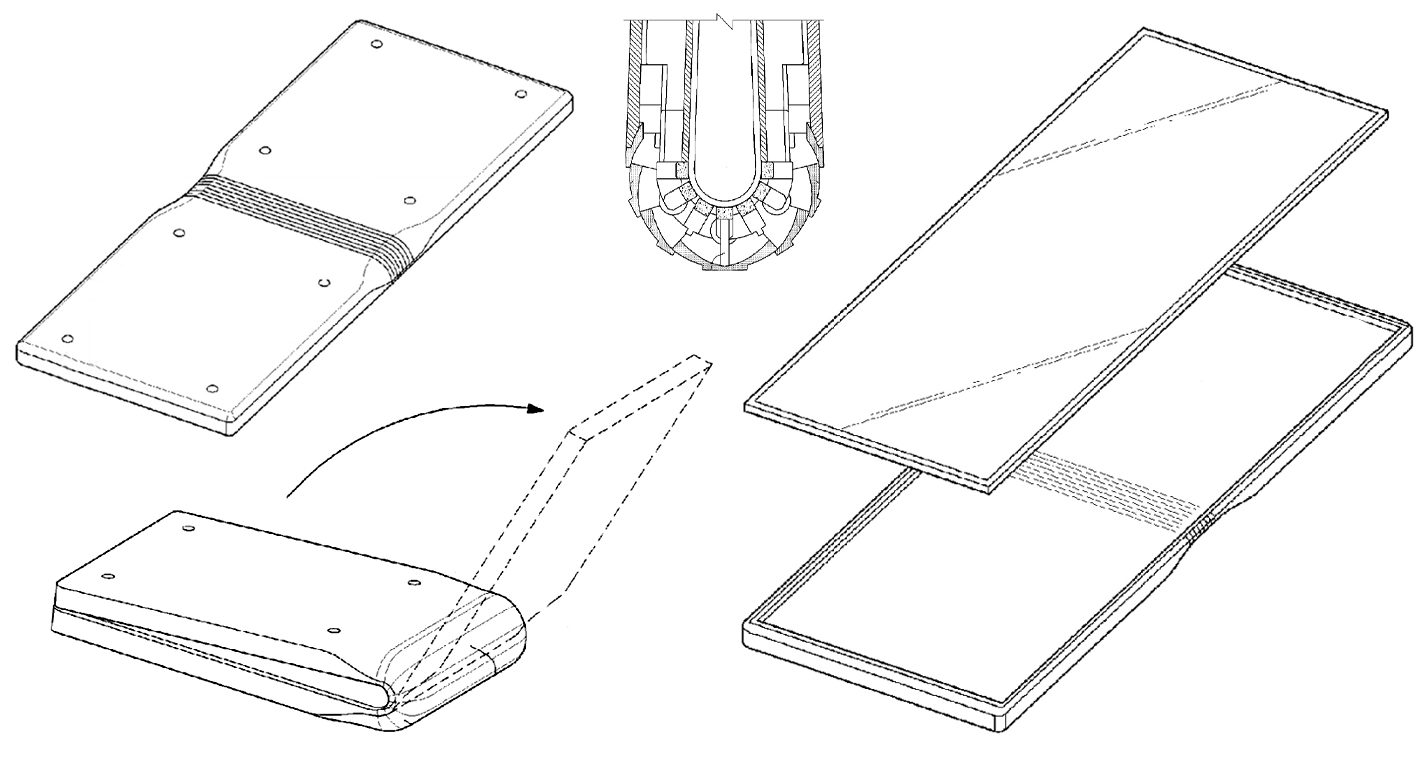 Samsung’s foldable phone patent can be seen on Google Patents

The company is apparently exploring two variants of the folding mechanism.

One is in-folding at a curve of 1R (it would let the phone fold like a clamshell) and another out-folding with a curve of 5R. The hinge mechanism would permit the user to transform the device at a desired angle. Samsung has reportedly working on a foldable display panel that can withstand that process 200,000 times.

The South Korean conglomerate privately demonstrated a prototype of its foldable device to a small group of global partners at this year’s CES, seeking feedback from a wider range of potential customers. Samsung also held a private viewing of its foldable smartphone prototype at Mobile World Congress 2017.

Let us know your thoughts on the topic by leaving a comment below.