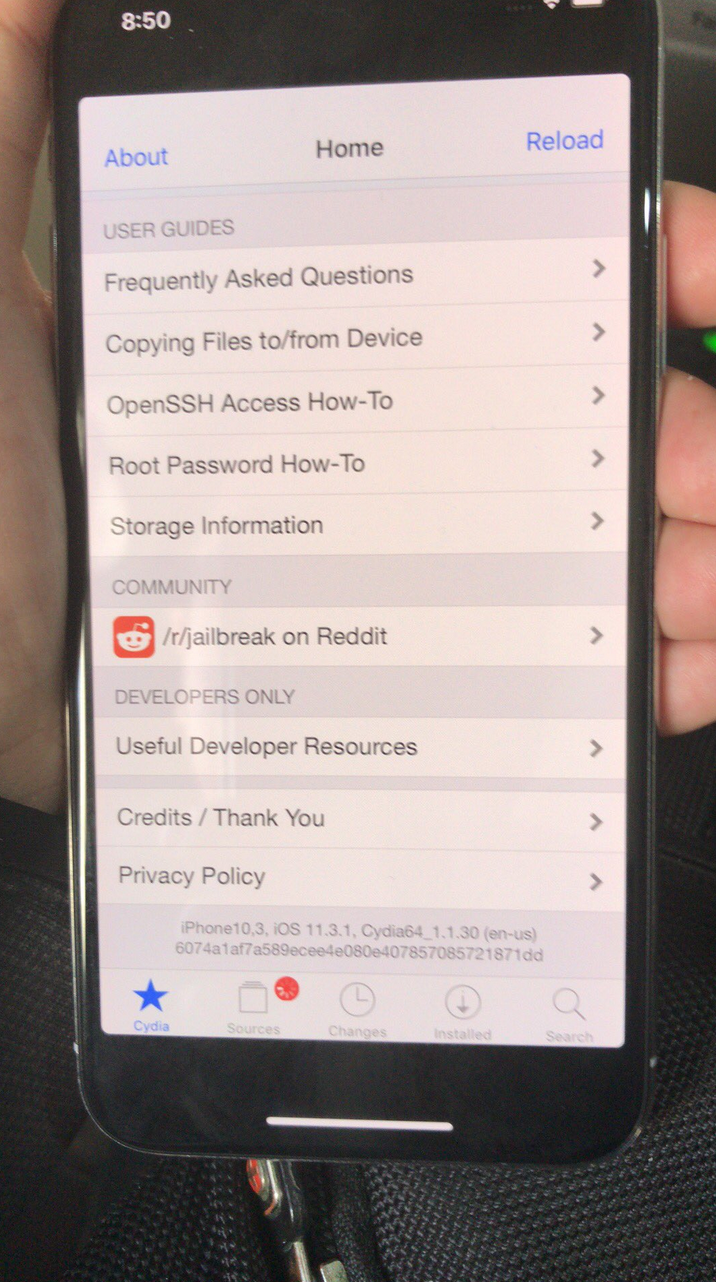 KeenLab is renowned for demonstrating successful jailbreaks on Apple’s latest firmware, and it seems that they’ve done it once again.

Presenting at InfiltrateCon 2018, KeenLab security researcher Liang Chen demonstrated a fully-jailbroken iPhone X running iOS 11.3.1, which was released by Apple less than one week ago as of this writing.

In the image above, which Chen shared from his personal Twitter account, one can clearly see Cydia running on the handset. More importantly, the text at the bottom of the app makes the firmware version (11.3.1) discernable. 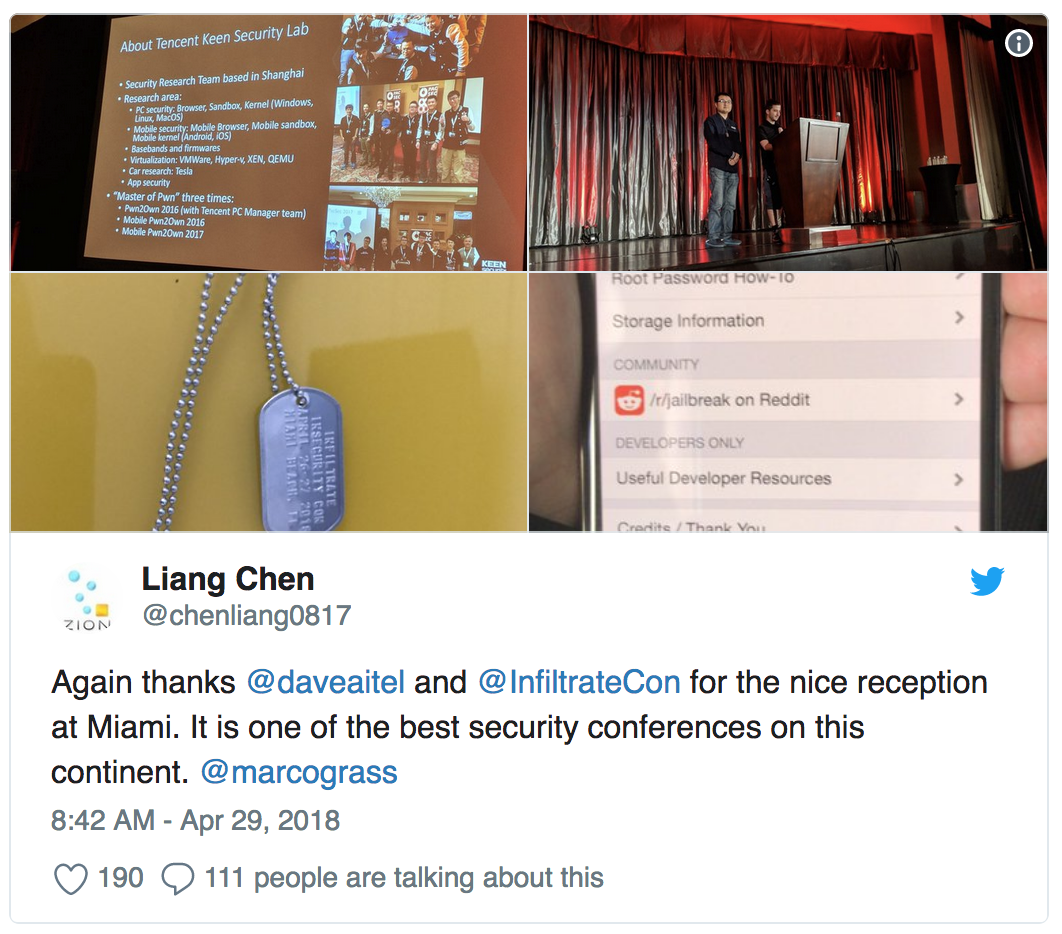 But don’t get too excited just yet… keeping KeenLab’s track record in mind, it doesn’t seem very likely that this jailbreak will ever reach the public’s hands.

Instead, it shouldn’t be considered anything more than a proof of concept that reminds us all how even Apple’s latest and most secure versions of iOS still sport exploits that can be taken advantage of to achieve a jailbreak.

At this point in time, CoolStar’s Electra jailbreak tool for iOS 11.0-11.1.2 remains the most complete jailbreak experience for iOS 11 devices. We’re still waiting on Saurik’s official update for Cydia and Mobile Substrate, and it’s currently unknown how he will deploy these updates given the lack of other jailbreak tools.

Do you hope to see a jailbreak soon for more recent versions of iOS? Let us know in the comments section below.