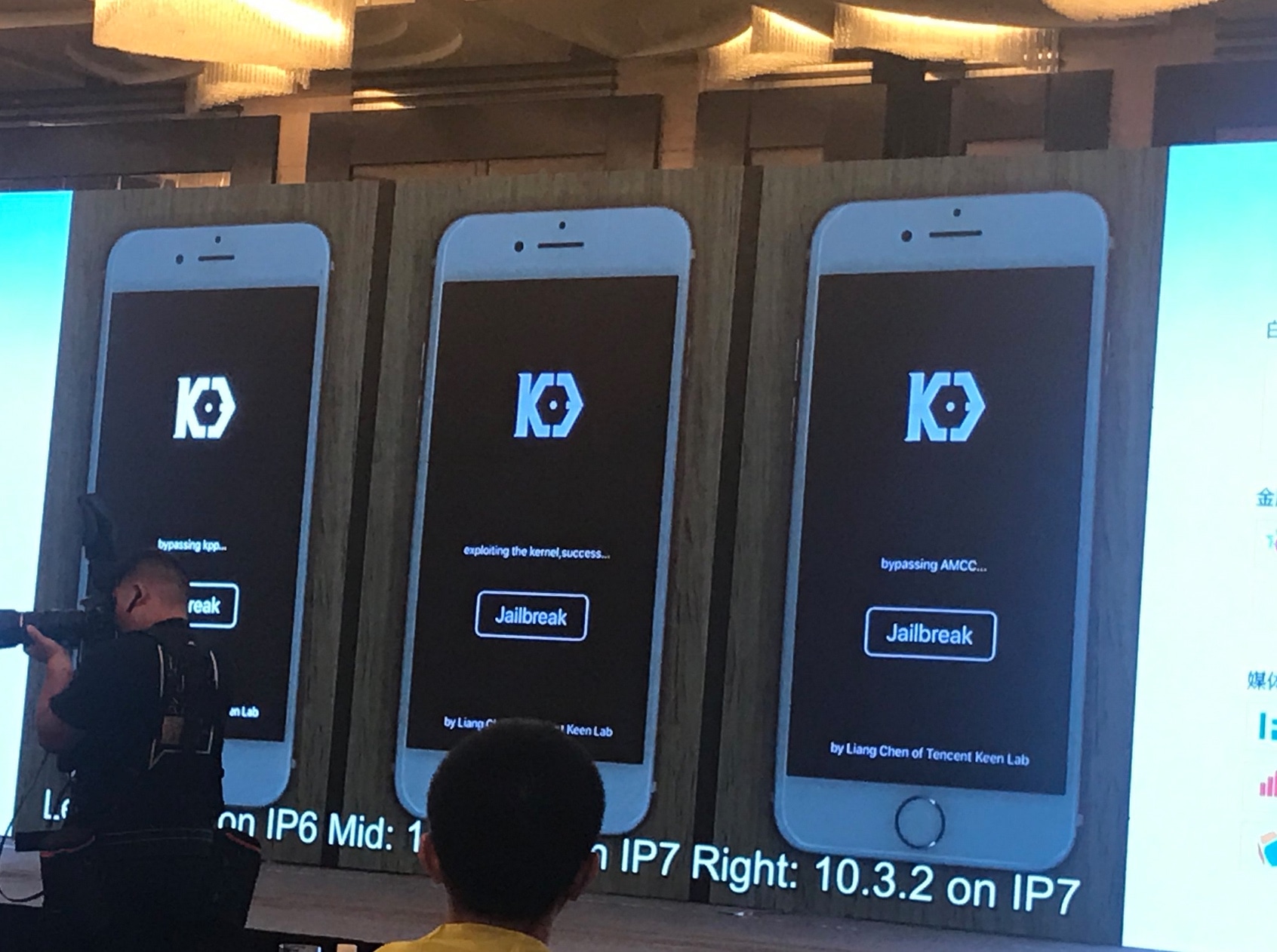 Security research team KeenLab has demoed working jailbreaks for both iOS 10.3.2 and iOS 11 beta on some of Apple’s latest handsets to date while presenting at MOSEC 2017.

The photographs from the jailbreak demo were originally shared Friday morning on Twitter by security engineer Min Zheng.

Here, we see Cydia running on each of the different devices: 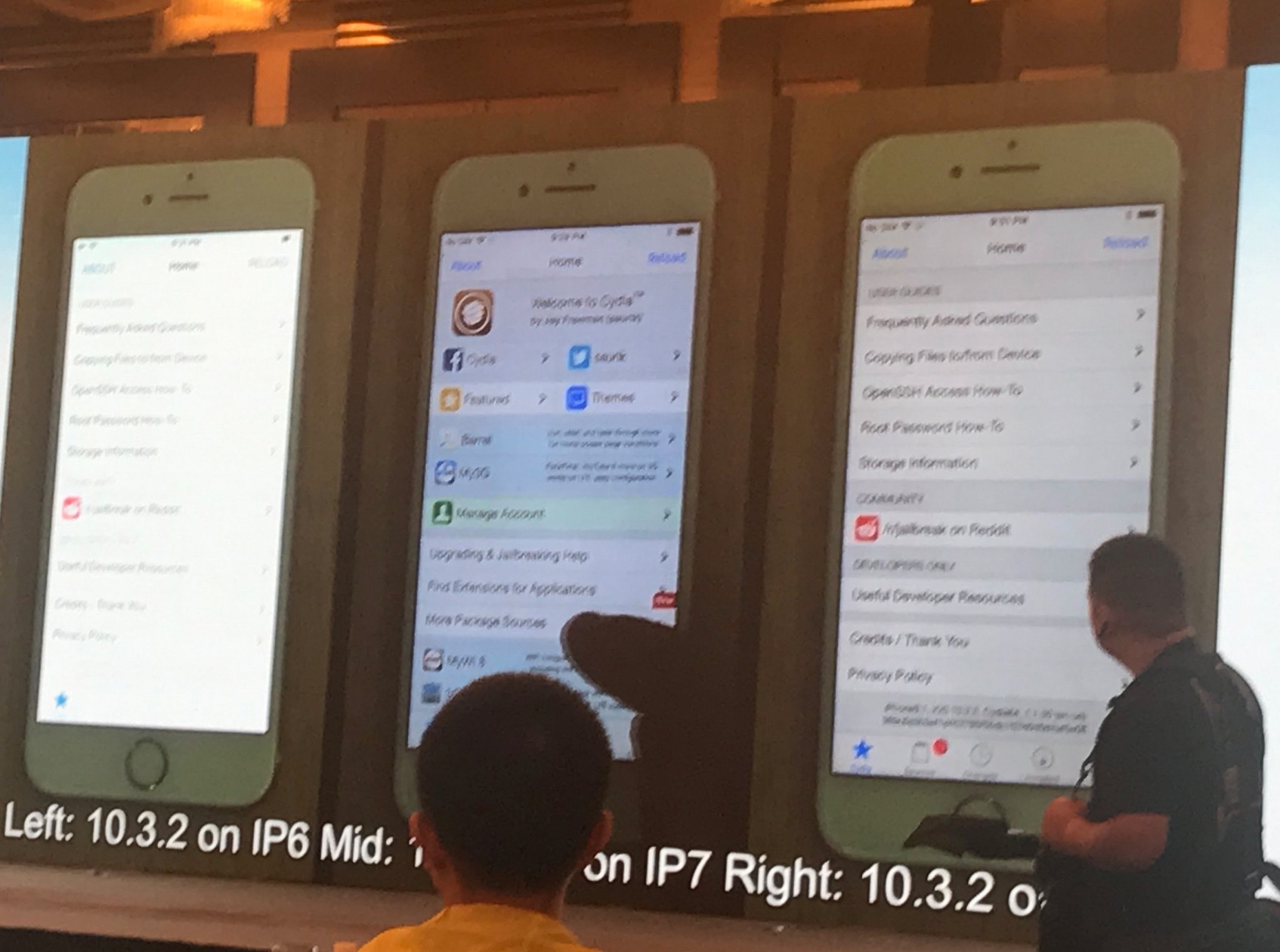 Since Luca Todesco’s departure from the jailbreak community after creating the Yalu jailbreak for iOS 10-10.2, there have been no new recent jailbreaks released to the public.

This just might be the first-known demo of an iOS 11 jailbreak to date. While it isn’t an indicator that we’re in for a public iOS 11 jailbreak release any time soon, it does highlight how there’s light at the end of the dark tunnel despite the heightened security of iOS 11, and it materializes the notion that jailbreaking still appears to be possible.

Like with many recent jailbreaks, KeenLab’s seems to run off of a side-loaded app installed with Cydia Impactor. It may be of the semi-untethered nature, which means it would rely on certificates that expire and would need to be re-signed after reboots every so often, but so far this hasn’t been confirmed.

While iOS 11 certainly comes packed with a host of features that jailbreakers have known and loved in the form of jailbreak tweaks for quite a while, it’s an understatement to say the jailbreak is still a useful tool to have and that many people aren’t willing to give it up.

Although we must reiterate that KeenLab is unlikely to release their jailbreak, that’s not to say that someone else won’t come through in the future after iOS 11 comes out of beta. It should be interesting to see what happens following the public iOS 11 release this Fall.

If a jailbreak is ever released for iOS 11, will you be using it? Share in the comments section below!