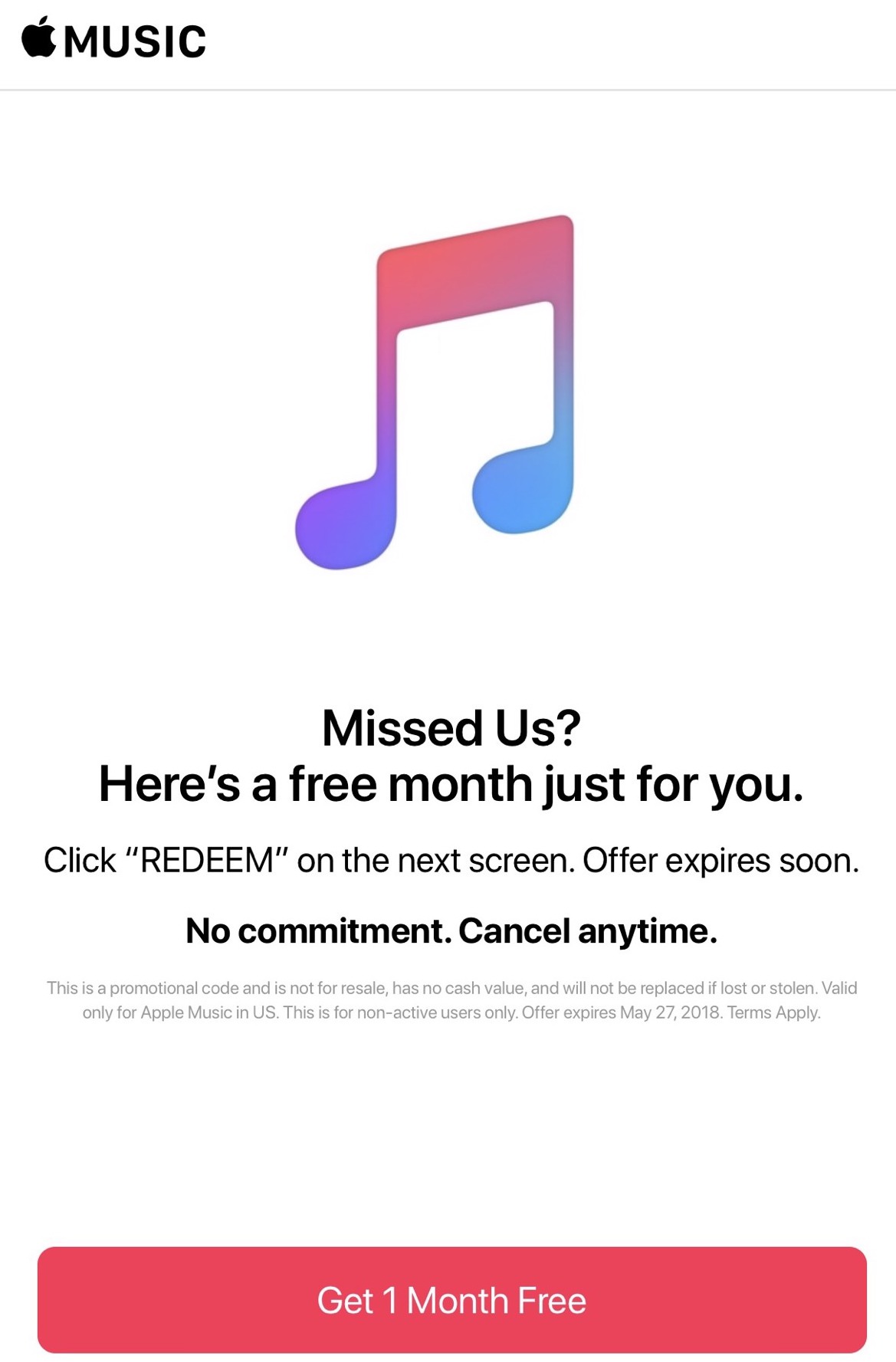 Apple is giving away an extra free month of service to the original Apple Music trial customers who didn’t become paying subscribers following the expiration of their 3-month free trial.

Reddit user ashindn1l3 reported receiving a notification following the expiration of his free three-month trial that took him to the webpage page with Apple’s offer. This has permitted non-subscribers to get an additional month of free music before actually subscribing.

“Come see what you’ve been missing in the new Apple Music, like a simpler design that makes finding what you want and discovering new music, easier than ever,” reads Apple’s message.

TUTORIAL: How to prevent your Apple Music subscription from auto renewing

Customers in the United States, the United Kingdom, Canada, Hong Kong and other markets have reported being notified by Apple about the offer via push notifications and emails.

It is entirely possible, as some commenters pointed out, that this offer is limited to those who signed up for a free trial following Apple Music’s redesign in iOS 10. Apple appears to have been running this promotion for at least six months now.

Google Music offers a three-month trial. Amazon Music comes with a four-month trial. Spotify and Apple Music both offer three months of free music before they charge your credit card although we saw 6-month Apple Music and Spotify trials with certain carriers and partners.

Pricing and promotions for Apple Music vary from country to country. In some markets, for instance, these Apple Music trials require a small payment. According to Apple, they currently have about eight million trial accounts.

Faced with competition from Apple Music which passed 40 million subscribers, Spotify has boosted its free tier with such perks as on-demand playlists, a data saver mode and more.