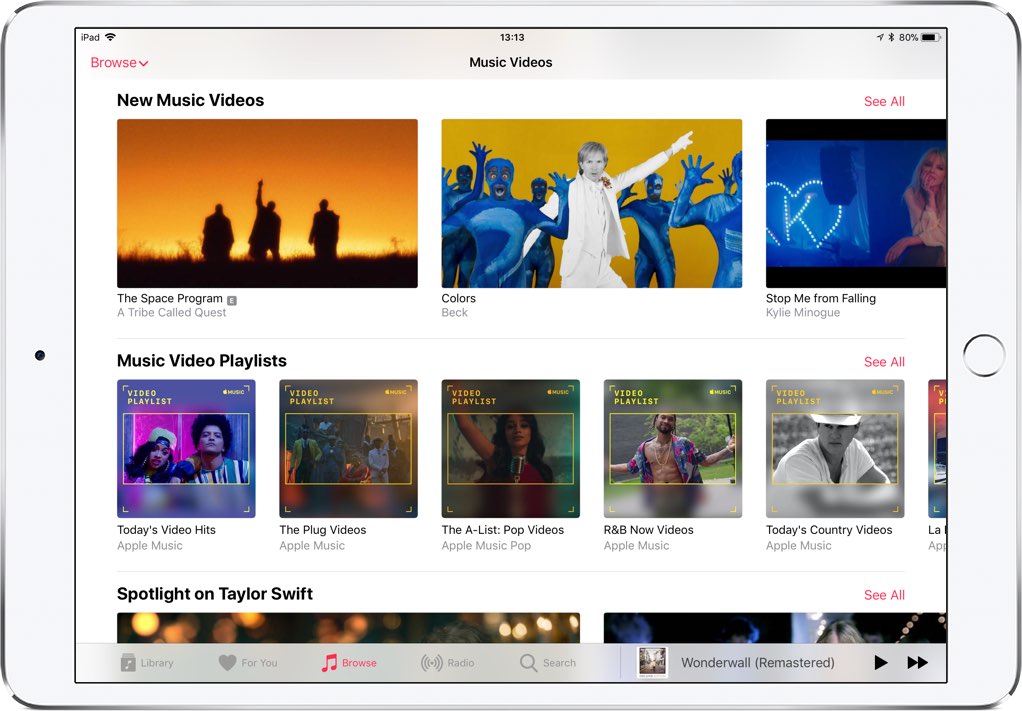 Of course, Apple Music has had music videos since its inception but they lacked their own section because there weren’t many available. The Music Videos section is now available to Apple Music subscribers within the Music app with dedicated video playlists.

You can subscribe to video playlists, which is especially handy on Apple TV because you can now both listen to the latest releases and watch their accompanying music videos.

This comes just as we’re expecting to see the iOS 11.3 software update drop following its release yesterday solely for the refreshed 9.7-inch iPad. The new section is live in both iOS 11.2.6 and the iOS 11.3 beta, as well as for Mac users with iTunes 12.7 or later installed.