iOS 11.3 will likely release without support for the Messages in Cloud feature and AirPlay 2.

That’s according to the leaked iOS 11.3 release notes discovered by French developer Pierre Blazquez and published Thursday by French outlet Mac4Ever (Google Translate). A cursory glance at the document does suggest that neither Messages in iCloud nor AirPlay 2 are part of the release. 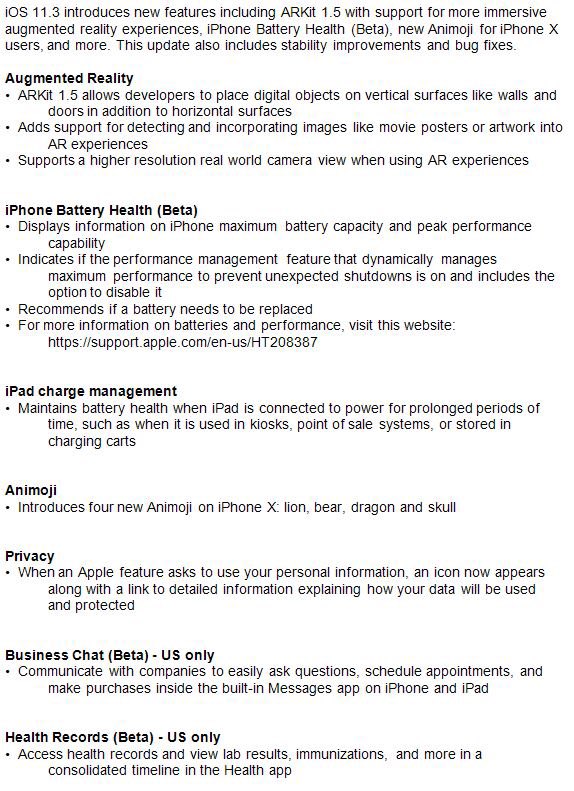 Both features were supposed to launch alongside iOS 11’s release last September but instead saw multiple delays, appearing then disappearing from various iOS 11 betas.

Apple removed AirPlay 2 support from iOS 11.3 and tvOS 11.3 betas in February without explanation, only to bring them back in subsequent releases.

With Messages in iCloud, your iPhone stores the complete Messages database in iCloud and downloads only the most recent messages to your device, helping improve performance, reduce on-device storage consumption and make iCloud backups faster and smaller.

We know there’ll be an iOS 11.4 software update because Apple’s ClassKit webpage mentions that building apps that work with Schoolwork using the ClassKit API requires iOS 11.4.

Apple has not released a point-four version of iOS since iOS 8.4 launched in June 2015 so perhaps there’s still time to release Messages in iCloud and AirPlay 2 in time for the summer.