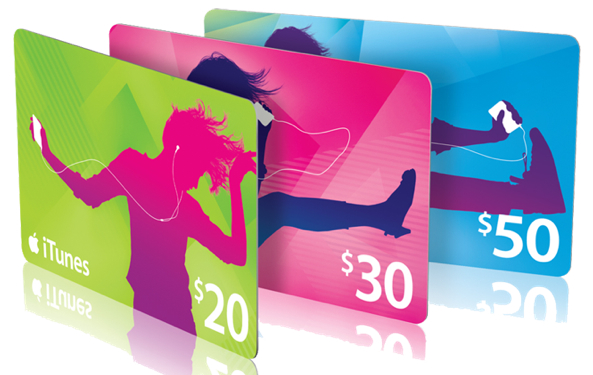 Spam phone calls just keep getting worse. As the irritating interjections seem to ramp up around the US tax season, scammers are now attempting to collect money via iTunes gift cards.

You may have gotten a similar call, I certainly have. Someone who claims to be from the IRS will call you, letting you know you owe a significant amount of money, and throwing around fearmongering words like “arrest”, “police”, “jail”, “warrant”, etc.

When I received a call like this, they wanted me to pay the money through a credit card, however, it seems the fraudsters have shifted to a new currency.

It has become so rampant that the Treasury Department has had to step in and made a public service announcement about the scam.

In a statement to CNBC, the Treasury Inspector General said that more than 10,000 victims have collectively been scammed out of $54 million as a result of similar calls since October of 2013.

Not all of that money was collected via iTunes gift cards, but it does seem to be one of the most prevalent methods as of late.

“Any caller requesting taxpayers place funds on an iTunes gift cards or other prepaid cards to pay taxes or fees is an indicator or fraudulent activity.”

Once a victim buys the card, they are told to share the 16-digit code over the phone to pay the taxes they owe.

Jim Pavia of CNBC played along with a recent IRS scammer until he could no longer contain his laughter.

I played along with the IRS phone scammer who recently called me for as long as I could. However, there was no way I was able to contain my laughter when he instructed me to pay my “back taxes” by purchasing an iTunes gift card. I did “offer” to pay with my credit card, but the scammer said it was too late for that. I was instructed to immediately buy an iTunes gift card and to stay on the phone the entire time; otherwise, “this final chance to avoid prison will disappear and the police will soon arrive and arrest” me.

Since I didn’t comply, the “IRS” apparently issued an arrest warrant “on my name.”

This was the ominous message left on my answering machine:

“Hello, this call is an official note from IRS, the Internal Revenue Service. The reason of this call is to inform you that IRS is filling [sic] a lawsuit on your name because you have tried to do a fraud with the IRS and we are taking illegal [sic] action and we are issuing a legal arrest warrant on your name. To get more information regarding this case file, just call us back on our department number, 708-432-8161.”

It should be obvious, but never give out this kind of information over the phone, and certainly, don’t attempt to pay your taxes via iTunes gift cards. Or any sort of gift card.

CNBC shares these other red flags when receiving a suspicious phone call:

For more information on reporting tax scams, go to IRS.gov and type “scam” in the search box.