It’s been an exciting week for the jailbreak community. Not only have we seen the official public release of the Cydia-integrated Electra jailbreak tool for iOS 11.0-11.1.2, but we’ve learned that Saurik is still working on official updates for Cydia and Mobile Substrate.

That aside, tweak developers have been launching new releases for both iOS 10 and iOS 11 all week long, and we’ll show you all of them in this roundup. As usual, we’ll kick things off by showcasing our favorites first and then outline the rest of them afterward. 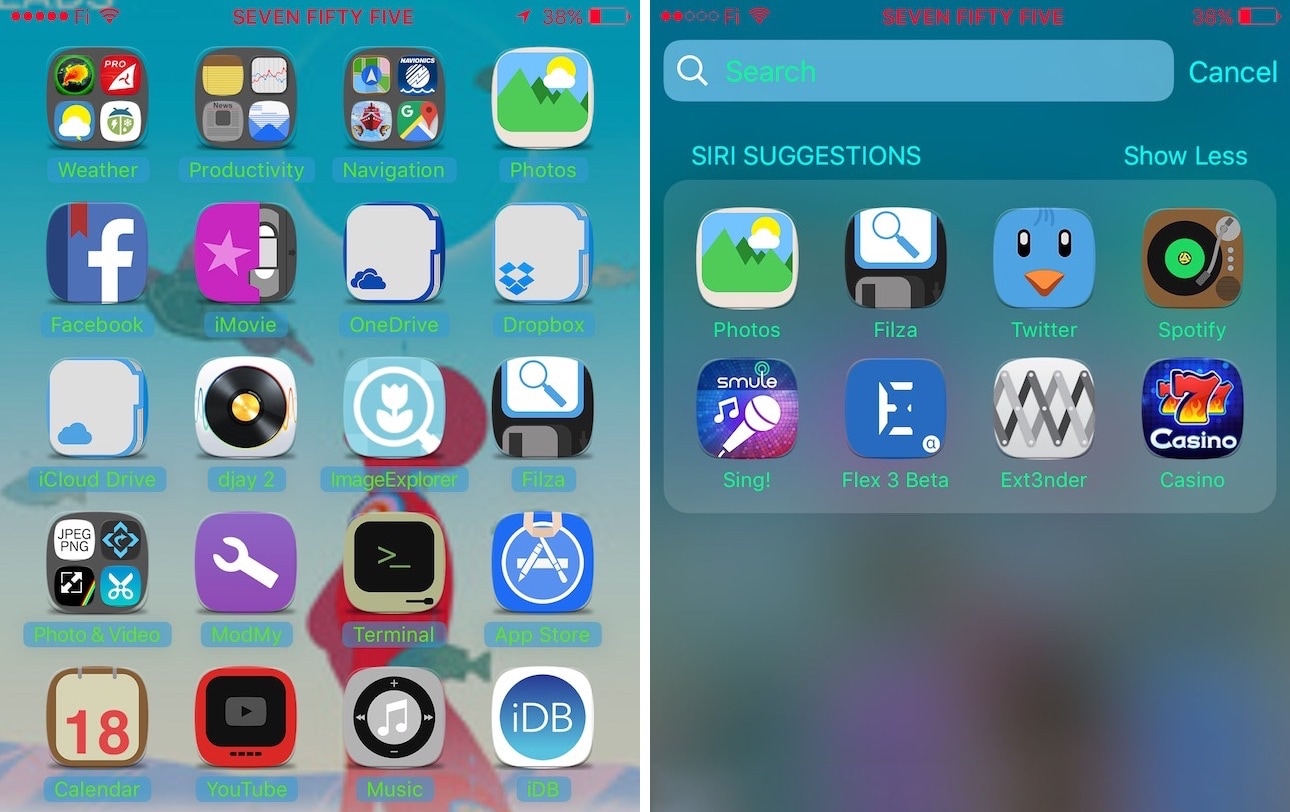 LegiBilly is a jailbreak tweak that lets you colorize various text strings throughout iOS.

The tweak currently supports Home Screen app icon labels, Status Bar text, and Spotlight search text, just to name a few. Furthermore, the tweak sports an RGB color picker, which lets you choose from an infinite pool of colors rather than having to select one from a predefined list.

You can learn more about LegiBilly and why it’s worth checking out in our full review.

Jailbreakers use the Cydia store to download jailbreak tweaks and extensions to modify their device, but did you know that you can customize Cydia itself as well?

A new free jailbreak tweak called Mypomanella puts countless Cydia-based customization options at your disposal. With it, you can control how and when the app refreshes its sources, enable full-screen mode, and disable functions in the app, among other things.

You can learn more about Mypomanella’s full feature list in our full review.

CasterTube: Lets you hide or show the Cast button in the YouTube app on demand (free via CydiaGeek’s beta repository)

DebugJUSTEAT: Turns on the internal Debug settings in the JUSTEAT app (free via CydiaGeek’s beta repository)

RequireFull: Forces all iPad apps to work with Slide Over and Split Screen modes (free via BigBoss repository)

SwishBar: Displays the Status Bar in your App Switcher (free via CydiaGeek’s repository)

With Electra now fully public, we should expect to see more iOS 11-based jailbreak tweaks as time goes on. But in the meantime, we’re likely to continue seeing iOS 10 jailbreak tweaks until Saurik implements official updates for Cydia and other dependencies.